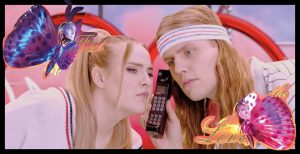 The collaboration of Daði Freyr and ÁSDÍS definitely gives the necessary energy and push we all need to not lose hope and keep us alive this year.

A Netflix original series portraying the hardships of the nonexistent teenage fantasy. 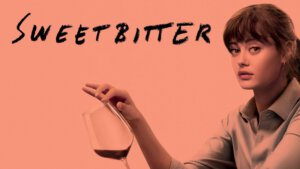 A small town girl leaves her home to seek her destiny in the big wide world. At first, the series’ release, based on the bestseller by Stephanie Danler, doesn’t seem to form a storyline that you wouldn’t already know. But soon the coming-of-age format turns out to be a culinary five-star drama. After her miserable […]

If you think of one of the strongest and most famous women in world history, namely Catherine the Great, you would not associate this role in a film adaptation primarily with the elf-like, sugar-sweet Elle Fanning. But exactly with this prejudice of herself, Fanning plays in the serial adaptation “The Great” which is currently streamable […] 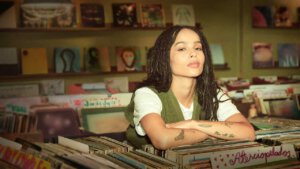 Nick Hornby’s novel, High Fidelity, has been newly adapted into a Hulu series, with a casual gender switch for the protagonist, which turns the series into a hipster dream for Generation Y. Despite the different decades the new adaptation of High Fidelity, which was shown for the first time this year via the streaming platform […]

The British series Glue is probably one of those series that have received little attention outside the UK. Skins director Jack Thorne came up with the idea of bringing another British teen drama to the screens. Glue, however, differs particularly in its suspense and its criminalistic storyline.  The series takes place in the small English […]

This is the third time Fred Perry teamed up with Japanese designer Akane Hasui, who studied and graduated in London, before she founded her own label. ‍ ‍ This collaboration combines traditional key pieces with uncommon shapes and patterns. We see the well known stitched logo on rugged effect shirts and bold checks, bleached shirts […] 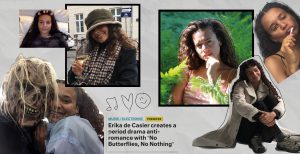 Erika de Casier, who was born in Portugal and grew up in Denmark, caught our eye with her very unusual debut album Essentials, which came out last year. With her new single “No Butterflies, No Nothing”, She wants to draw attention to the importance of gut feeling. Sieh dir diesen Beitrag auf Instagram an Did […]

In this section we warmly recommend some existing series that did not make it to the mainstream. Of course, that doesn’t make them any less good. On the contrary, especially for friends of the underrated, one or the other exciting staging should be there.  This section will open with the HBO series “Sharp Objects” published […] 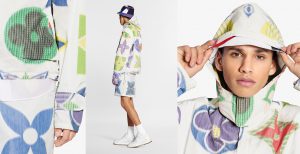 Louis Vuitton unveils the first chapter of a very inspired season written under the guidance of Virgil Abloh. The house of Vuitton always remained faithful to the spirit of its founder, who invented a genuine “art of travel” through luggage, bags and accessories which were as creative as they were elegant and practical. Louis Vuitton […]