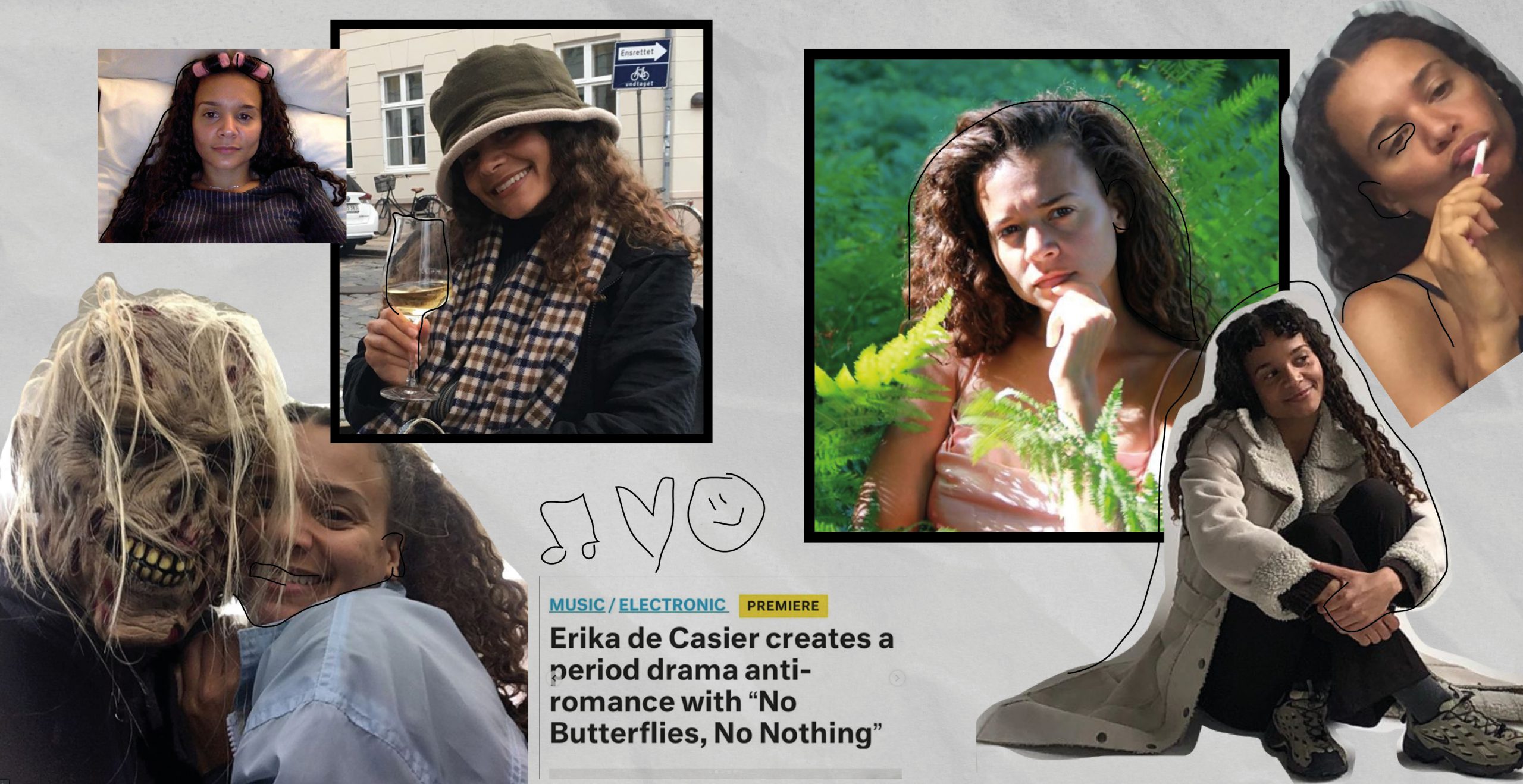 Erika de Casier, who was born in Portugal and grew up in Denmark, caught our eye with her very unusual debut album Essentials, which came out last year. With her new single “No Butterflies, No Nothing”, She wants to draw attention to the importance of gut feeling.

Did an interview with @thefader that’s up now. So honoured that @dualipa and @clairo had such nice things to say – very surreal for me to read

‍
Erika signed now with the label 4AD and celebrated this with the new Sinlge. The Texan music blog Gorilla Vs Bear called her debut album of last year as the best album of the decade and also raves about the current single, which, according to Erika, is about obsessively falling in love without the real feeling of “Butterflies” being there.

I feel slightly more pro after getting the opportunity to do a remix for @dualipa It’s my first remix, so thanks to everyone who’s been so nice about it! pic from behind the scenes @crack_magazine

Special attention should also be paid to the lavishly staged music video, which Erika also directed herself. The whole thing takes place in a Shakespear-like garden atmosphere and the setting couldn’t be more romantic. But you notice that there is some bad tension between Erika and the beautiful boy, who sit down on the lawn in renaissance robes but obviously don’t really feel anything for each other, although they pretend to be.

Erika wants to allude to the drama of soap operas and ironizes the concept of romance, although there is a real core behind it. “I wanted to create a sort of ‘perfect’ realm where the underlying drama is what cracks the picture,” she says. “When I was a kid, I used to hurry home from school so I could watch Days of Our Lives and I really think it’s funny how soap operas depict characters’ lives in such an openly overdramatic and unrealistic way – it’s all about the drama. I was also inspired by romantic period films like Pride & Prejudice and Sense & Sensibility, so to mix the two aesthetics with my own was really interesting.”