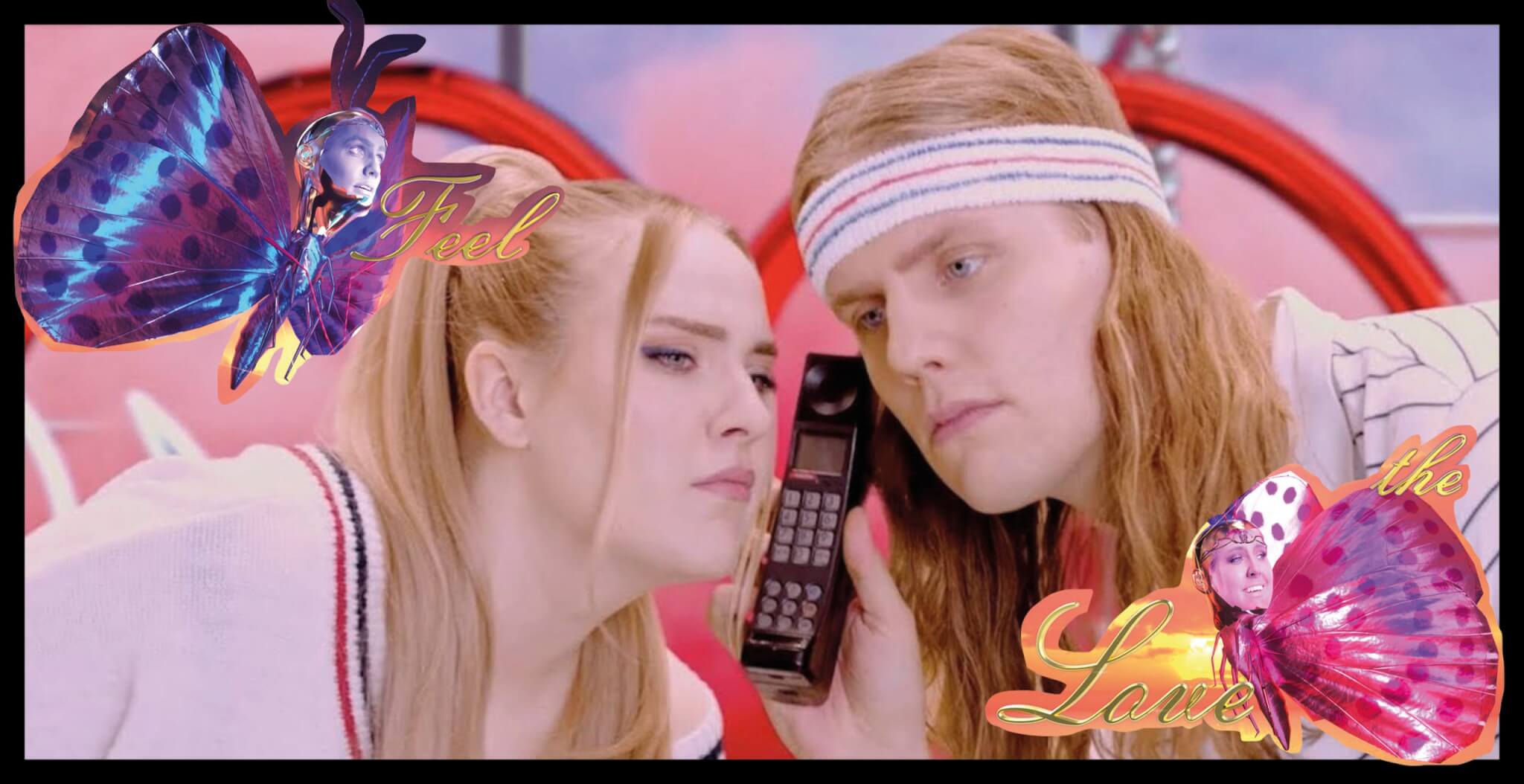 The year is just beginning and everyone is ready for everything the year has to offer. Everyone draws motivation from the mantra: “It can ONLY get better!” The collaboration of Daði Freyr and ÁSDÍS definitely gives the necessary energy and push we all need to not lose hope and keep us alive this year.

Yes, I know, the introduction might sound a bit cheap and too promotional. However, I am sure that once you have listened to it, you will no longer have any doubts about what I am saying.

On the first day of the long-awaited new year, the song “Feel The Love” was released. Daði and ÁSDÍS obviously recorded the song during, or between lockdown numbers one and two, which makes it all the more remarkable. “It was honestly so chill to collaborate with Daði, we were just at his beautiful home and I fluttered in between rooms recording vocals in one and watching Netflix with his beautiful wife in between. It was beautiful. It was during the time that everyone was limiting contact as much as they could so for the most part, we just enjoyed each other’s company; talking, laughing, and a light shenanigan every once in a while” said the Icelandic singer Ásdís.

The first time I became aware of Ásdís’ music was through her confident, yet self-irony in her performance of the “Karaoke Song”, which is on the Vacation album created by TITLE’s favorite girl band CYBER. I immediately noticed how much pop diva is in this powerhouse of a woman. Daði mentioned to us that he was supposed to compete for Iceland at the Eurovision Song Contest in Rotterdam, which unfortunately didn’t take place due to corona. So I was very excited about the collaboration when I got the Spotify suggestion yesterday for “Feel The Love”.

“All sweat, no tears” was the first written line of the song and Ásdís connected it with the powerful energy of the queer community. She said that after all this corona time, she had a craving for the freedom and incredible love that happens in clubs like Schwuz in Berlin.

We asked the Icelander why she thinks many serious music connoisseurs are so afraid of actually enjoying pop music, and here too Ásdís sensibly bows to the queer community. “Because women and queer people like it and that always gets a bad rep because we live in a male-centric society that thinks our art isn’t as meaningful as theirs. Ok that might be an oversimplification, but I do think there is a stigma involved. Same reason people hate on musicals all the time. To some people, enjoyment genuinely upsets them? They feel it is simple or whatever I don’t really care about those people because I know they secretly like it. I just think pop is such a beautiful language that a lot of people can speak. It reminds us how similar we are.“

Ásdís then brought the track to Daði Freyr. They have been best friends for years and Ásdís previously featured on “Náum aðeins andanum” (catch our breaths) on Daði’s 2019 album ‘& Co’. , Daði originally intended to produce the song, but ended up as a co-writer and sang on the track as well.Daði said: “Ásdís María is one of my all-time best friends. Ásdís showed me the song when we were having a little get-together at my house and I somehow managed to convince her to let me in on it. This is the first time I released something where I was not in the room when the first idea was born. Ásdís is both a ridiculously talented songwriter and singer, but she is also an amazing performer. I have all the confidence in the world that she is going on to bigger things and I’m honored to have been part of her journey.” The powerful music video also features Daði and Ásdís as well as a secret dancer who hides behind a mop but blossoms in all his glory in the course of the video.

“It’s a constant struggle trying to fit into the mold that other people make for you and “Feel the Love” is a reminder to anyone that feels misunderstood that there is no point in making others happy before you give happiness to yourself. It is everything I had always wanted to say to myself and in the way I wanted to say it – super fast and to a four-on-the-floor.”

For me personally, the song made me want to be free and exuberant again and gave me the courage to do anything I set my mind to. So why shouldn’t “Feel The Love” be my anthem of the year?