What conceptual accordion artist Canilla wants to share with us.

What conceptual accordion artist Canilla wants to share with us. 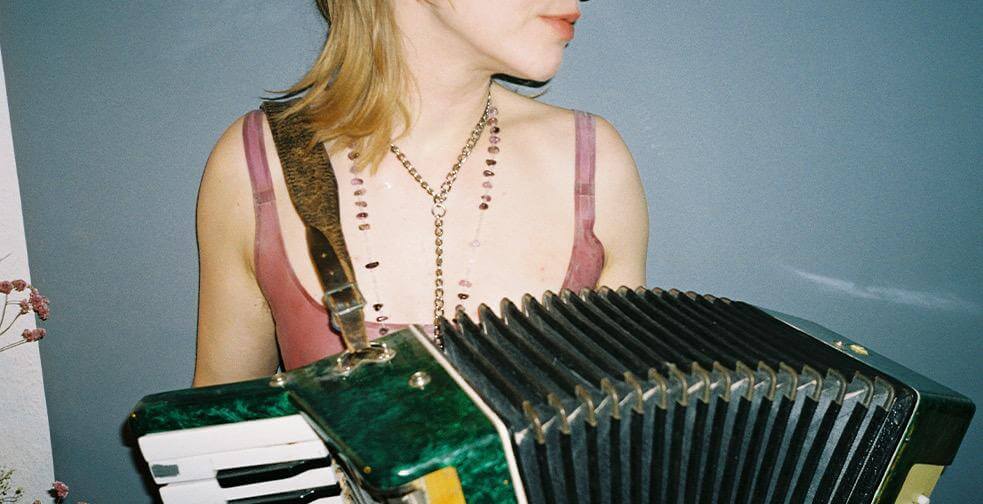 For TITLE’s Music Friday, we sat down with sound artist and conceptional accordion specialist Canilla. Her debut single “you always wanted more from life, but now you don’t have the appetite” celebrated its release this week, and with its otherworldly vocals and exceptional sounds, it captivates anyone who wants to indulge in the experimental music experience.

Hi Canilla, please introduce yourself briefly in your own words.

Hi. thanks for asking me to join in on this talk.

Canilla is a new project that involves the building of new instruments, or deconstructions of old ones,  put into the realm of songs, performances and installations. Over the past years I have been working on building a techno-mechanical instrument out of old dismantled accordions. This is usually a part of my setup and is an instrument that is under continues construction and changes according to the narrative of a piece.
in 2019 I was working on a sound installation presented at Kontakte festival (Akademie der Künste) based on transcriptions of insect patterns, where traces found in the bark of the ancient forest in Poland, Bialowieza became a score that the instrument-construction could read. The material outcome of this piece is the base of this recording  as well as the start of a more in depth collaboration with fellow artist Ådne Meisfjord that has produced, arranged and mixed the album.


How would you describe the genre of music you’re in?


I place my work somewhere between sound art, computer music, and singing and songwriting. The songs are often a part of installations and performances that in a way are more linked to other art forms than music. Where a song can be a sculpture and an installation can be a song. After I started to play with musician Ådne Meisfjord the idea of this work became poetic in a completely new way. It altered this material in a sense that gave the computer music its own texture.


What does the title of your debut single refer to?

‍
The title comes from the sound-installation about the bark-beetle traces mentioned above that had the same title as this single and is also the title of the album.
When making this piece I thought of the material as love songs stemming from trees of a wounded forest.
It’s also a sentence taken out of a song by Robbie Williams “Morning Sun” that apparently was supposed to be some kind of memorial tribute to  Michael Jackson’s death (but it’s apparently more about Robbie Williams himself). I  think the love ballad melancholia from this era has something particular about it. I would say you won’t find these kind of lyrics in pop music at the moment.
In a way the 90s love ballad themes of  “the love until with die”  has gone missing.. hence we slowly become deprived of passion. i wonder what our passion can turn into and scared that the extinctions we witness tells us about an irreversible state towards a dystopian future. My hope for passion in this song lays in the touch of small kinks and fetish play. My green..environmental contribution .

You have a background in dance and theater production, can you tell us more about your professional past?


Throughout my studies in classical accordion I always missed the feeling of making my own music. In classical music tradition these are strictly separated fields, so after I graduated I decided that I wanted to get into electronic music composition. I met with choreographers through different workshops and this led to a deep passion and years of work with stage art.  Working in the theatre is very hands on and you get to be a part of the process of developing pieces, which is really rewarding. Of people I am working with I would like to mentioned choreographer Ingri Fiksdal, Rosalind Goldberg and the directors Eirik Fauske and Espen Klouman Høiner.


You were also selected for SHAPE platform, will you perform something for it or what can we expect?

The next piece I will do is called D/S Havskåren and will be performed at Stamsund Theatre Festival in Norway. Its a performative installation that depicts the story of shipwrecks and their afterlives. Hopefully I will get a chance to present this at other festivals in relation to SHAPE.
‍

Alfred Korzybski was a scientist Polish / American- writing about systems of how to make the human aware of its own ignorance. He developed something called “ time binding” that humans perform by the transmission of knowledge and abstractions through time which become accreted in cultures.  It was a kind of consciousness of abstractions where you trained awareness of abstraction.
I came across him when I worked on the transcriptions of traces of bark beetles and worked with computations of these traces and the semantic of code in algorithmic music and since he was connected to Poland such as the forest he became a figure to portrait.


You work a bit unconventional with the accordion, can you explain us how?

When you open an accordion, you will see a crazy mechanical interface.
It’s so much metal and so packed that it in a way looks a lot like a machine.
The bass system in a traditional accordion is chord based, which makes it fairly easy to learn. I thought the mechanic reminded me of a sort of analog midi. It was programmed to this standardized western scale principal, but in its essence it could be set to compile completely different chords. I started taking the instruments apart and replacing the bellow with external air from fans and valves through a compressor and connected them to a raspberry pIe.  I control the air flow using code that I send to the pie which turns the air-sources on/off. This way I play the accordion reeds with the computer. It’s a kind of steampunk looking construction.

Instruments should always keep changing. Also the idea of the instrument. Maybe in a similar way that language is instrumental and therefore also is changing. In 19th century there was an increased focus on instrument classification. There was a mass production of instruments, and an outspread use of standardized systems and scales. Its  is also linked to a time of colonial history.  It makes us somehow relate to music as something that is from this time.. where in fact music is extremely old. Even older that the human species
I recently read that before we could speak, we were singing and that trough singing itself, the vocal organs were shaped so that we eventually could enable the ability to speak.