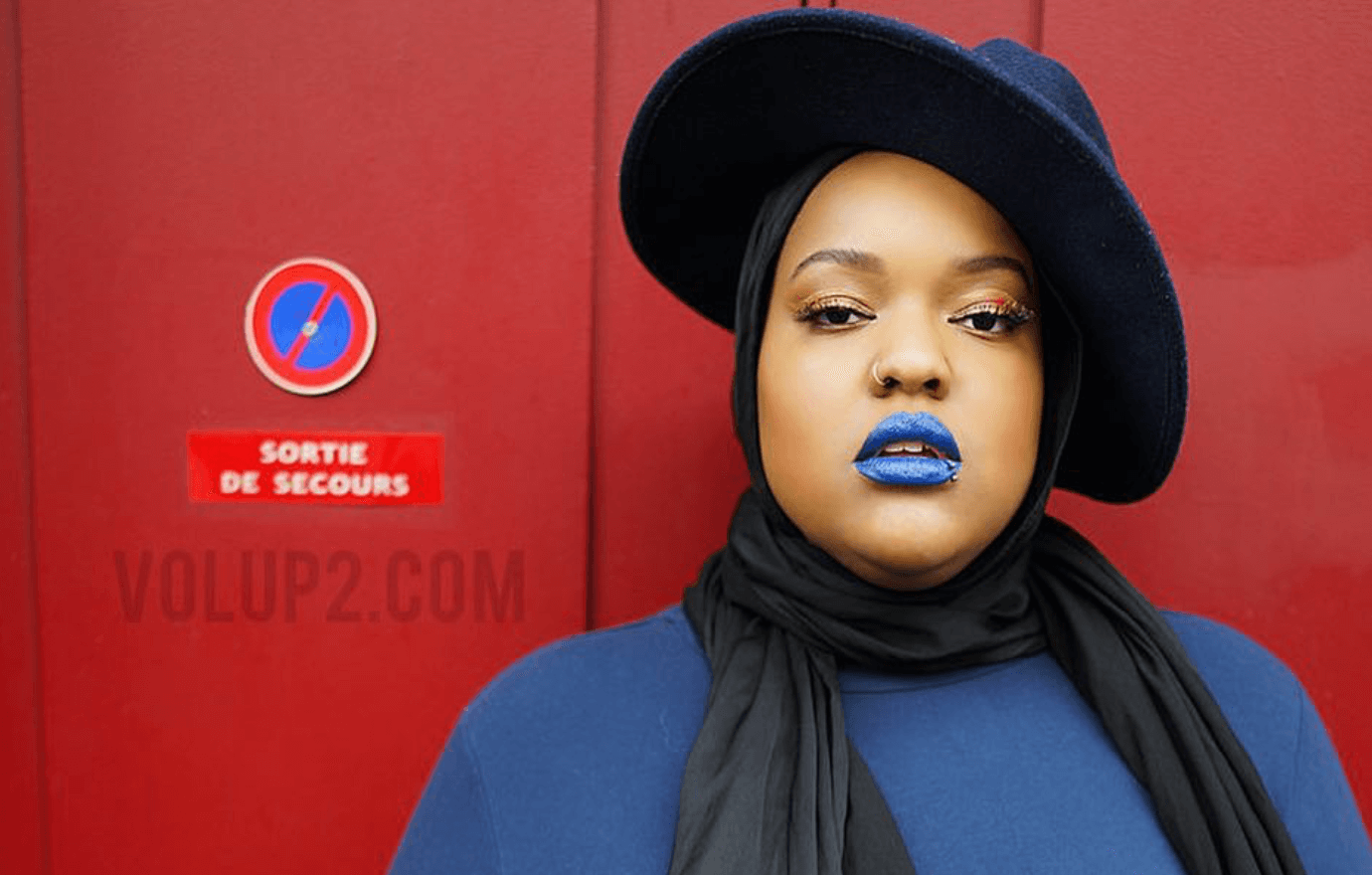 She is Black, she is Muslim, she is fat, a Plus Size Hijabi model, an activist, public speaker, a role model and so much more. And it is not only her combined attributes and professions that make her especially unique, but also the way she works and inspires across several media. Leah gathers her energy and content creation on so many platforms in order to spread her messages and reach out to as many people as possible.

And quite frankly, she is more than successful with that. By now, she has garnered over a million views combined and has been featured in over a hundred media platforms, from The New York Times to Buzzfeed. Her content entails daily vlogs, turban tutorials, blog articles, interviews, experiential essays, and now even her very own book. She is a total allrounder and with her contribution to the body positivity movement it is no surprise her popularity is increasing rapidly, while at the same time being a big topic of hot discussions and backfires.

Regarding the intrinsic motivation behind her work, one might say it is a radical selflove act, others argue for a niche, in which she is pleasing a market place feminism just like every other “girl power” campaign. Nonetheless, her take on challenging social structures with a white-dominant, heteronormative and patriarchal stance and imbalanced power relations is rather refreshing. Her statements tend to be just as bold as her outfits she displays regularly on her Instagram account (@lvernon2000). But as you guessed it, Leah is not your average fashion blogger. As an advocate of a social movement she does most certainly not hold back and unapologetically critiques the fashion industry, which unfortunately still excludes people like her – Black, fat, and Muslim people, or everything combined.

Just like our twerking and beloved #YasQueen Lizzo, Leah Vernon was born in Detroit and is the kind of woman who eats obstacles for breakfast. So, she uses social media to speak her mind and truth to power. It might seem hard to believe, but Leah Vernon has not always been in such a strong and beautiful state of mind. Her journey has indeed been a difficult one and is probably an ongoing one as well. But Leah´s story is probably one a lot of women and men can relate to and it seems like her fanbase is more than thankful she captured her thoughts, stories and experiences in her new book, Unashamed: Musings of a Fat, Black Muslim. She can now add “author” to her imposing list of professions.
‍

The book functions as a sort of evolution of her blog (Beauty and the Muse) on which she shares everything from every day life hacks to furthering discussions on body positivity since 2013. Despite her eye catching, colour-blocking and bold book cover,  the content is a pinch more intimate than one could imagine in the first place and could be described as a revealing and healing memoir. Vernon talks openly about mental health issues, divorce and its emotional consequences, abuse, and her own relationship with her weight, race and faith. The book, just like life is per se, is a rollercoaster ride full of love and hate and captures the self-acceptance struggle that many of us deal with pretty well.

As a woman who grew up in a bubble where Leah could not fully express herself and rather hid her true emotions in order to please the people around her, her progress is very inspiring. She says and writes down whatever she thinks could help others and evokes feelings, which is rather rare these days. Her words are raw and risky but very much needed and appreciated. Whether you are Black, or fat, or Muslim it feels damn good to know that you are not alone in this fight against outdated racial and gender tropes, fat shaming, misogynistic stereotypes and wrong power relations within religion and society. Thanks to boss babe Leah, one can feel once more like the baddest bitch in the room, even without shapewear!