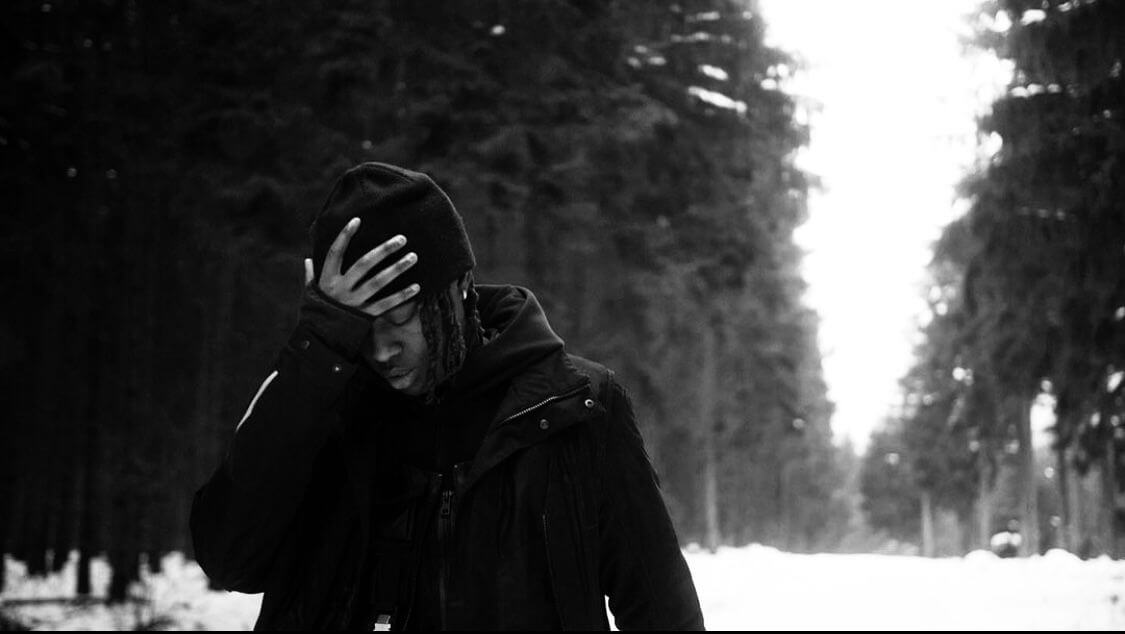 “This is my destiny” – Boondawg on Social Criticism in his Lyrics, Musical Influences, and Police Violence

“This is my destiny” – Boondawg on Social Criticism in his Lyrics, Musical Influences, and Police Violence

In the meantime, you no longer have to look to America or England to find new, outstanding English-speaking artists. For some years now, German artists have been able to outshine the American sound and create something of their own that also works over seas. The rapper and singer Boondawg from Düsseldorf falls exactly into this category. With his own sound, profound lyrics and a lot of style, the newcomer is not only convincing here in Germany. We talked to him about his mixtape “Riot”, his label K.I.D.S. and the German police.

In January you dropped your debut mixtape “Riot”. How did you perceive the response to the tape?

Unbelievable. It’s an incredible feeling when people from all over the world write to you to let you know how much your music touches them and how much it means to them. Many people have written to me saying it’s the best project they’ve heard in a long time (or even in their lives). Completely crazy considering how many artists are out there. Often reminds you that for many people you are already who you always wanted to be.

‍In the statement you released for the mixtape, you say that you are the voice for those who go unheard. In what way do you use your music for something bigger than just entertainment?

My music should always be a mirror of my life, of my environment. I always try to capture the emotions that surround me and reflect them with my music. There are so many stories, so many voices that go unheard. I try to give them a voice. That explains the vibe and the theme of my latest project.

‍Listening to your music, it is noticeable that you have found your very own sound, influenced by classic hip hop, RnB and new wave music. How would you describe your own music?

Versatile. As I said, a mirror of my life. Sometimes deep, sometimes gymnastic. Sometimes fast, sometimes slow.
My sound also varies depending on that. I could never really get used to the idea of dividing artists into genres. In my opinion, art should be free of all classifications and boundaries. That’s exactly why we do this shit. I’m not saying that there shouldn’t be genres, just that artists shouldn’t be told what to do and what not to do.‍

‍
What music influenced you in your youth and is perhaps a reason for the diversity in your music?

‍
Mostly hip-hop and RnB from the States. When I was young, Kendrick Lamar had a big impact on me. Even though I didn’t always fully understand everything, I knew he gave people a voice. The way he stood out from everything that was going on at the time, that’s what I wanted. He confirmed for me that it’s worth staying yourself and not imitating everything that’s trendy at the time. But of course artists like Kanye West, XXXtentacion or Drake also had a big influence on me. All that was groundbreaking and authentic.

‍People often talk about German English-speaking artists having a harder time both abroad and in Germany. What is your take on this “prejudice”?

I would be lying if I said it wasn’t true. Still, I try not to let it affect me. I am used to always having to give twice as much as others. Always 200% – everything else was never an option. Foresight plays a big role in this. There is no point in comparing yourself with others, because you will always find someone who is better or has more than you in some aspect. I have set myself my goal and I know that I will achieve it. That is my destiny. Everything else doesn’t matter.

You come from Düsseldorf Garath. When you think of Düsseldorf, you always think of a rich high society city. However, the district of Garath is not really affected by this cliché. How did you perceive your environment in your youth and how did it shape you?

It has already had a very strong influence on me. My environment and circumstances are the reason for my determination. I always knew that I wanted more than just to live an average life. I want to be able to offer something to the people around me and never set myself a limit. At the same time, it taught me to always stay down-to-earth and make the most out of the least. You should always value what you have. When you grow up in a “socially deprived” area, it’s not primarily about what you have. It’s about things like honesty, respect, loyalty…. The essential things in life.
‍

In your last music video for “Lost Soul,” there are a lot of police officers acting in an inverted role. The behaviour of the police is also a recurring theme in your music.
To what extent have you experienced racism or even police violence from the executive in your environment?

Personally, I have rarely had any run-ins with police officers, as I have stayed out of most things and have otherwise been lucky to be in the right place at the right time.
However, harassment during ID and vehicle checks has happened more than once. In general, with the colour of your skin you automatically have the feeling that you are under constant suspicion. Of course, there is also the influence of social media. Because we are so networked, we share both joy and sorrow. This has a strong influence on you and contributes to the (already) critical image of police officers in our society. In principle, I have nothing against police officers. On the contrary: respect for those who deserve respect. What bothers me is the mutual covering and protecting of each other. There should be no tolerance for injustice. Especially not when it is their job to provide justice.

‍Your music is currently being released through “Kick It Dont Stop”. Furthermore, other art forms like the upcoming streetwear brand “Sourire” are pushed on the channel. Who are the members of K.I.D.S. and how important is it to you to push other creatives that function outside the music landscape?

K.I.D.S is a creative collective but also a lifestyle. Get what you deserve regardless of the consequences. That is our approach to everything we do. The how and when doesn’t matter at first. Taking action and sticking to it is the most important thing. K.I.D.S. is who K.I.D.S. lives. Direct members are @karimlaminediop @patrickbadiane @imma.tc and yours truly. The kids who are going to turn everything upside down.
‍

Do you have any last words for the people out there?

BE YOURSELF!
I am constantly reminded by life that the only way to happiness and inner peace is self-love.
Be yourself and the world is yours, because you only exist once.