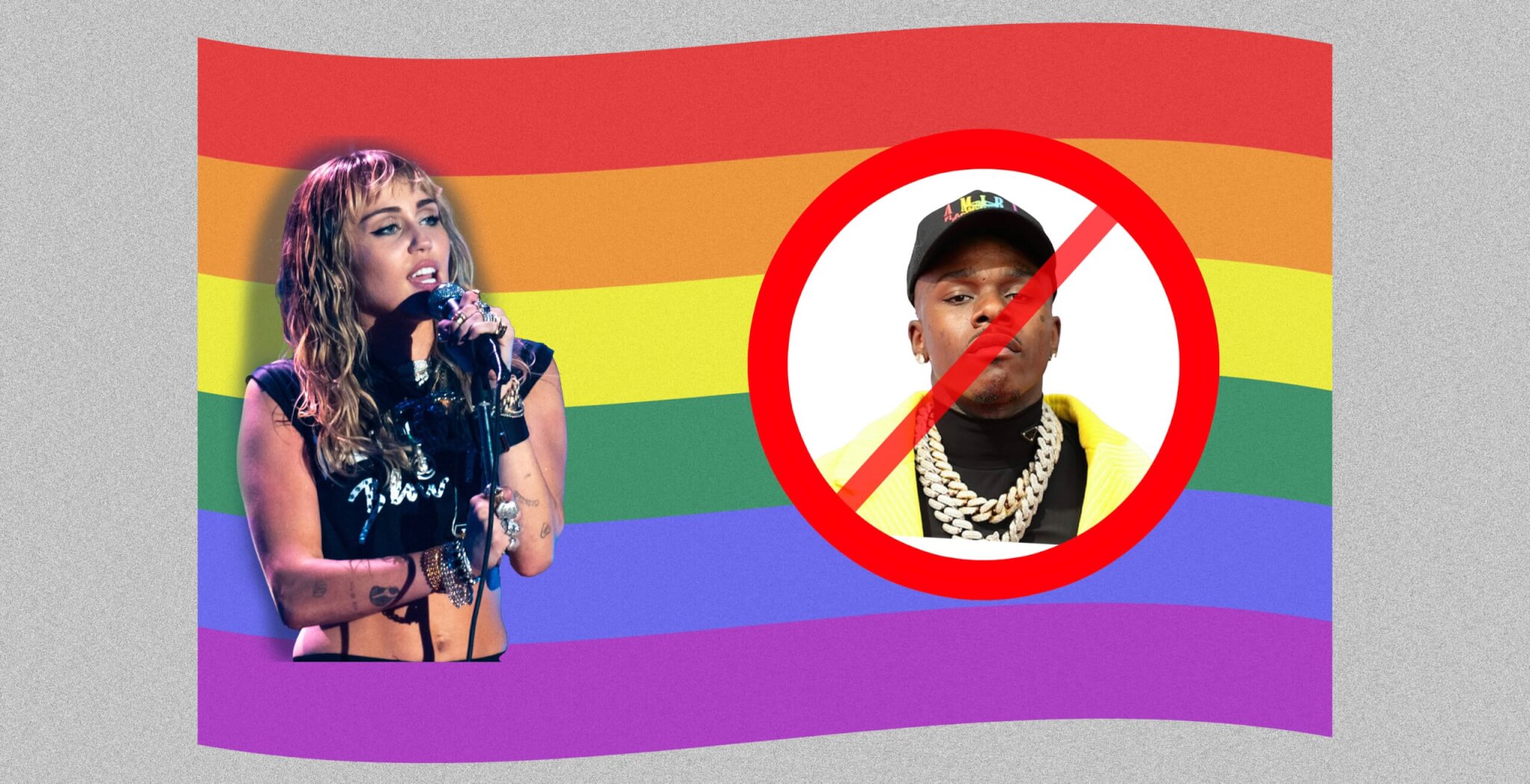 As LGBTQ+ issues have become more central to political discussions, so have their representation in the music and rap industries. After all, being a rap fan who identifies as something other than male and straight can be exhausting. It’s fighting a current that goes against who you are. It’s either being excluded or included only as an insult, a joke, a slur.

It took the rapper only three sentences to show the world just how much further we need to go when combating homophobia and misogyny in hip-hop.

Within hours, social media was ablaze with outrage. DaBaby was banned from Lollapalooza, Governors Ball, and Day N Vegas, and lost his branding contract with fashion company Boohoo. Several artists spoke out about the incident, including Dua Lipa, Elton John, Miley Cyrus, and Chris Brown (and how hard do you have to fuck it up for Chris Brown to be the voice of reason??)

Situations like the one with DaBaby last weekend have happened previously and are keep happening. A rapper/singer/actor makes a homophobic comment. Everyone is outraged. The rapper/singer/actor apologizes. Everyone is happy again. But the harsh reactions that followed DaBaby’s comment, make us hopeful that supporting blatant homophobia like this is no longer tolerated by the public.

No wonder as Hip-hop today is more diverse and less male-dominated than ever before. A space where women like Meg Thee Stallion, Cardi B, and queer artists like Lil Nas X reign supreme.

But condemnation also shouldn’t be too consequent. When a public figure makes an insensitive or insulting comment and is then dropped and fully demonized by the public rather than given the chance to receive the needed education and information we talk about “Cancel Culture”.  Many people are convinced that “canceling” someone as soon as they make a mistake can’t be the right way.

Comments like DaBaby’s often spring from ignorance or misinformation. There is no excuse for that. But communication and offering education is crucial to guide people with us along the way that have different starting points. That’s why Miley Cyrus’ reaction to the incident was an interesting turn of things. She doesn’t seem to be too big on”Cancel Culture” as she wrote in a statement on Instagram:

“Is it time?  Not only for rappers to be afraid of having to adhere to the basic norm of human decency in their performances, afraid that their interpretation of masculinity could come at a high cost to their careers, but also: Time for a society, a social media community that is willing to learn, listen and to educate? ”

We are the ones answering. Yes, we as a society have a long way to go. There is still a lot to unpack. And yes, there will always be things that will never be okay to say and to do. But maybe we should talk to each other more again. Telling someone when they are wrong but meanwhile giving them the chance to do better. Accepting when we are wrong ourselves and listen to those, we hurt or disrespected. As long as we try to be open and learn from each other, it is all about the process. Or as Miley would probably say, all about “The Climb” 😉