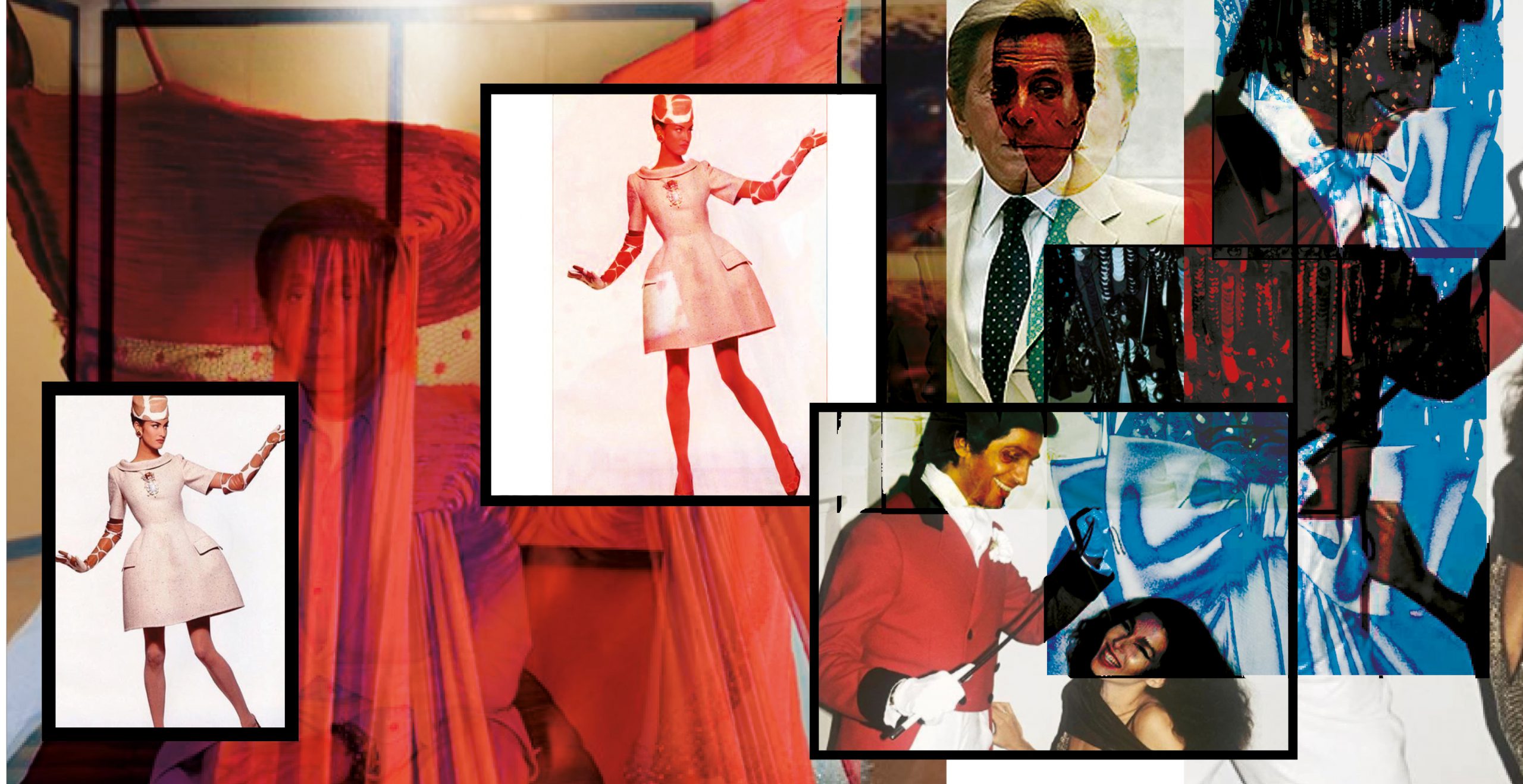 Valentino Clemente Ludovico Garavani was born in 1932 in Voghera, Italy, and is better known as Valentino, designer and founder of the eponymous label that had its most memorable moments in the 80s, the most opulent era of Valentino.

After finishing school, young Valentino, at the age of 17, won a scholarship of the Paris Haute Couture labor union and so he became a trained fashion designer. He worked for Guy Laroche amongst others and after getting back to Italy, he opened his first store in 1959. One of his first customers ever was none other than Elizabeth Taylor, who had been in Rome for a shooting.

Valentino‘s creations stood for class and elegance. He often chose simple cuts, feminine silhouettes, the basic colors white, black and a vibrant red that is also known as ‘Valentino red’. Also, he worked with beads and pearls and detailed sequin applications, as well as with lace in silver or gold, which gave the woman who wore his robes the appearance of a real diva. That might be one of the reasons why many celebrities like Jackie Onassis Kennedy admired Valentino and wore his designs to red carpet events.

Garavani always was a very business oriented fashion professional, who learned to switch his work as designer into building up a whole lifestyle brand real quickly and who consequently followed his strategy up to the complete sellout of his whole fashion label to a holding group in 1998 for about 270.000.000 $. By that time, he had already expanded into the beauty sector and into creating accessories, so everybody could afford a piece of Valentino.

The designer himself later worked as head of design for his self-built fashion label for about ten years, before his contract was no longer extended. In 2016, eight years after Garavani left the house of Valentino and the fashion industry for retirement, the label tried to raise awareness for all refugees coming all the way across the Mediterranean Sea in large daily streams, risking their lives in hopes of a better life in Italy. In an effort to develop tolerance towards the refugees, the fashion house aimed to push the message that “every person coming here is an individual, and we can show that we can improve ourselves by understanding other cultures.” Unfortunately, this message was lost to resentment over the use of European models with cornrows, which was perceived as cultural appropriation. In response, real Maasai people from Kenya made appearances in the photographed campaign.