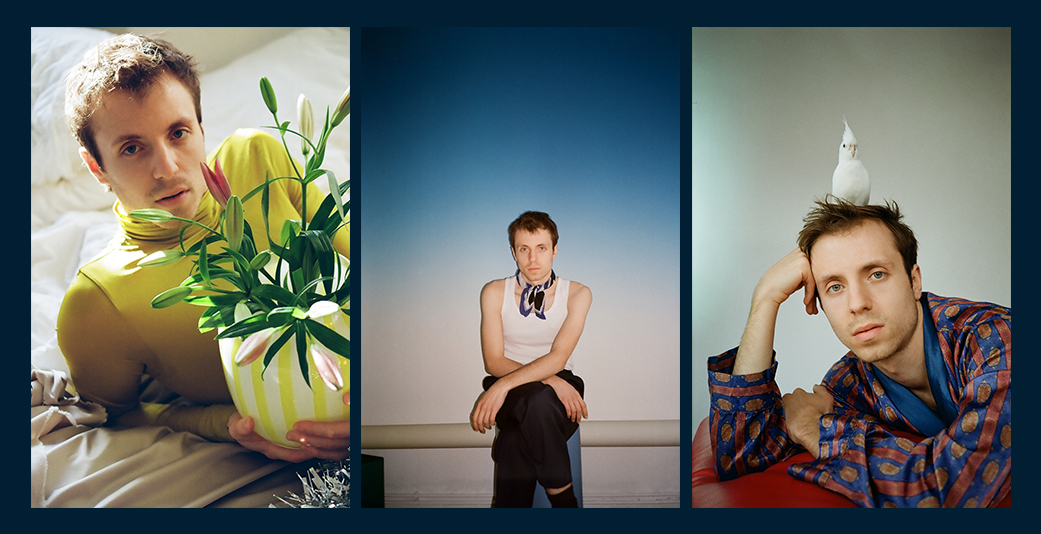 Sensitive lyrics, smooth sound and dreamy visuals make up the secret recipe that singer and musician Dexter Francis Mason calls his own. TITLE spoke with him about his ambivalent relationship with pop music, a brief meeting with Tony Bennett and his creative processes in regards to his upcoming album I’m Sorry You Feel That Way.

Your song J1 is about being hopelessly in love, a topic most people are familiar with, how important is it for you that your lyrics are relatable?

Whether lyrics are relatable will always depend on the listener but if the lyrics are good, someone will relate. For me, it’s the most challenging aspect of writing songs because the lyrics are what I care about the most. A bad lyric can’t really be saved by good singing, whereas the inverse is definitely possible.

How would you describe your musical background?

My parents were classical musicians, so that was the music I was introduced to first and I ended up singing a lot of classical music at a young age. After my voice changed, I started getting into jazz. Jazz and classical music are similar in the sense that they’re all about studying and interpreting existing repertoire, as opposed to writing the music yourself. I was able to explore a lot of music that way without feeling the pressure to make my statement as an artist.

What is the story behind the album title of your upcoming album I’m Sorry You Feel That Way?

I’m part of a generation that has defined itself by the idea of sharing one’s feelings about anything, at anytime, anywhere. It can be incredibly liberating and it can also be incredibly exhausting.  In deciding to release an album consisting of sentimental love songs, I had to embrace the fact that I was definitely a part of that polarity.

The title I’m Sorry You Feel That Way is considered a fake apology — but it’s as much something I am saying to myself, as it is a response to a lot of the things happening around us.

On your Instagram account, you also posted the negative reactions or reviews to your first single. What does this criticism do to you?

It mostly just makes me laugh and think: “I’m sorry you feel that way.” — I don’t think I would have been able to share those reviews otherwise.

You lived in New York before Berlin, right? Can you tell us something about your life there?

I briefly worked at a museum on the Upper East Side selling tickets and checking coats.

One night, the museum is hosting an event (not the Met Gala) and Tony Bennett comes by and checks his coat with me. When he comes back for his coat, he takes a $50 dollar bill out of his wallet in order to tip me. I hesitate for a moment, wondering whether Tony Bennett is expecting me to give him change back for the $50? But he gives me this reassuring smile as if to say: “Today’s your lucky day!” So as I’m handing him his coat, I go to take the money from him. Before I can put my hand on the $50, Tony grabs it and holding it out of reach says: “Are you nuts? This is for the lady who hung my coat!” I turn around and see my co-worker who is just arriving for her shift.

Even though Tony Bennett was 89 years old at the time, I’m quite certain that he remembered exactly who had hung his coat. Never meet your heroes!

How was the process of creating your album, were there any special moments you would like to share?

It took me forever to finish the album, but one of the few benefits of working on a project for years is that you inevitably go through a crisis (or 10) during which you ask yourself: “What am I even doing here? Is this garbage?” The nice thing about making it through that is that by the end you know what’s good about it and what isn’t. And you also realize that it doesn’t really matter as long as you’re able to make peace with it.

You say yourself that you have an ambivalent relationship with the genre of pop music, where does that come from?

For most people pop music is not something they have to seek out. It’s just something they grow up with. Because I was so immersed in classical music and jazz, I didn’t really start listening to pop music until I was 22. It was a surreal moment to realize I had been oblivious to something that big for so long. It’s kind of like telling people that you’ve never actually been to McDonald’s and now you’re gonna see what that’s all about.

How would you describe being in love in three words?

Even though it might have become a standard interview question in these times, we are interested in how you deal with the circumstances of the pandemic.

I was very lucky to already have a studio setup at home that allowed me to continue working on music without too much disruption. The process behind making the album was always based on the idea of figuring out how to be independent: Learning how to write, record, produce and mix the music without needing to constantly rely on others.  I found that working became the best coping-mechanism to deal with the existential dread that became our everyday reality. In other words, if you’ve already grown accustomed to never leaving your apartment, at least a global pandemic won’t hit you quite as hard!

What is your favorite love song of all time?

If your J1 would be used as a soundtrack for an (already existing) movie of your choice, which one would it be?

A re-release of Titanic with J1 as the main theme would probably really help my career.