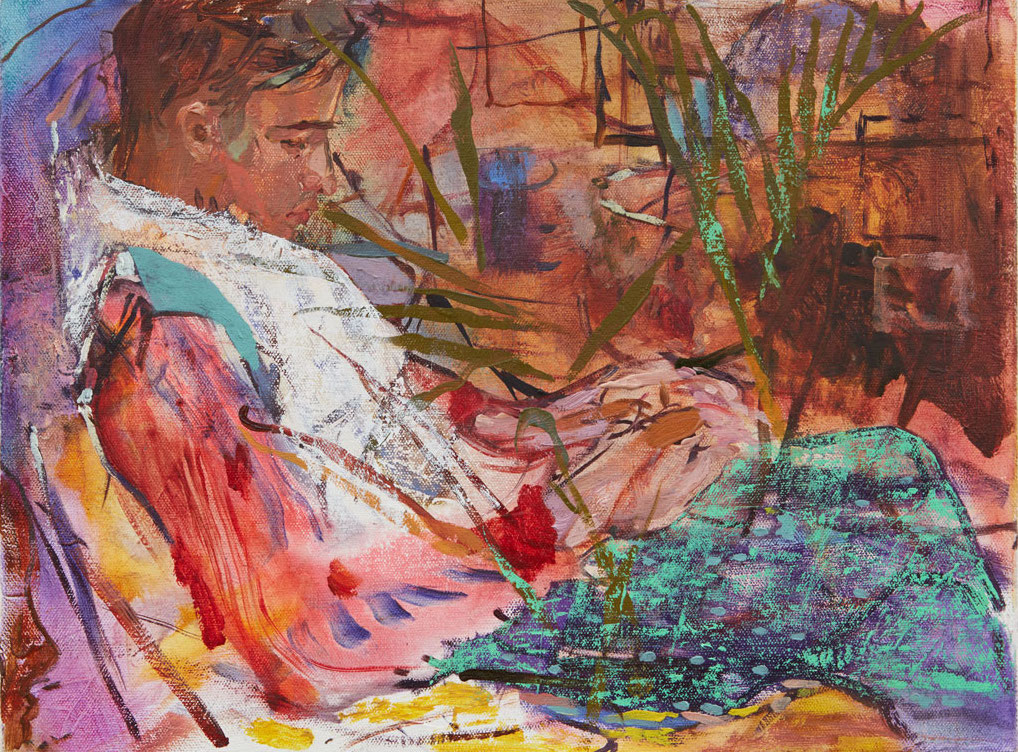 This column consists of creative pieces written by me. Some might be a continued story, some might be poetry, some might be short stories from start to finish. You never know what you might get so, be ready for anything. Today’s story is a continuation of the Prologue previously posted.

When I was in grade school I had a teacher named Jenny. She let us call her by her first name like most teachers back then. She always used to wear these colorful outfits with buttons, or bows, or ribbons, anything that would bring joy to little kids. Every morning she’d come into school with a huge smile on her face and encouraged us all to do the same.

“Why have a name like Joy if you’re not going to spread it,” she used to say to me with her big green eyes behind those old-school rhinestoned glasses of hers.

Right around the time my dad left, school started to be a strange experience for me. Word started spreading after my mother dragged me to the guidance counselor to explain the week of school I missed. All the teachers looked at me so pitiful and would allow me to bring in homework late or sympathize with me when I didn’t ask for it. Jenny was the only teacher that treated me like a regular kid whose father didn’t just abandon them.

It also didn’t help that I suddenly started showing up to school with a headband on every day. I made the stupid mistake of falling asleep with gum in my mouth. It got stuck all in my hair and my mother was forced to cut it out. To be fair I was at the young age of ten and I was watching TV way past my bedtime on a school night.

I never had a babysitter. Even if that meant locking the doors at night and turning most of the big lights off on the nights that my mother worked late. I used to just join my dad in his studio on nights like these. Help him finish a painting or start one of my own. He used to tell me to just paint what I feel and it doesn’t matter how it looks everything is art in the eyes of an artist.

One day on the schoolyard I was playing in the sandbox by myself. I didn’t have many friends at the time which is not much of a surprise to me now since I barely talked back then. I remember this evil little boy who used to bully every kid in sight. He later grew up to be the same little shit he was back then but that’s a story for another time.

He walked straight over to me with his gang of rebel grade school boys. “Nice bandana, loser!” he said proudly and all his tiny trolls laughed along with him in a sheep-like manner. That day I was wearing one with glitter and stars on it so it actually was kinda nice. I looked up for a second and carried on with building my underground sand tunnel unbothered. He became angry when he realized I wasn’t fazed at all. Desperately trying to prove himself as a bully group leader he peeked back at his followers for a second and then proceeded to stomp all over my sand tunnel. I looked up at him and gave him the angriest stare I could possibly create. “Aww, are you gonna cry about it?” They all started laughing and I could see he felt proud and achieved when his friends gave him laughs and nods of approval. Probably something he never got from his parents.

I stood up from what was now just a pile of sand in front of me. I stared straight at him and right when he turned to me I spit in his face. Right in the corner of his left eye while he flinched back startled by the attack. He was squinting his eyes and dramatically yelled when the wet surprise hit him in the face. He wiped it straight off and angrily ripped the bandana from my head. My hair underneath was unbrushed and ill-managed. I refused to have another morning of crying and wincing in pain while my mother dragged a rough comb through my hair. She got upset that I moved and nagged so much and decided to just leave it as it is for now.

I was embarrassed by the exposure and on top of that he laughed immediately when he saw the mess on my head and said, “You look like a monkey with that hair!” and he and his friends proceeded to start chanting “monkey hair, monkey hair”. At that point, I’d reached my limit but I didn’t want to break down in front of these children that understood nothing. I ripped the bandana out of his hand and sprinted inside the building straight into the girl’s bathroom on the first floor.

I looked at my hair in the mirror and started resenting it for not looking like that of the girls around me. It didn’t fall down to my shoulders or blew in the wind. It wasn’t easy to manage in the morning. You can’t run your fingers through it or whip it up into a ponytail without a mirror, bobby pins, and some water. The words “monkey hair” kept playing over and over in my head. Like I was dirty and unhinged. I thought no one would love an ugly monkey like me.

A knock on the door made me anxious for a minute until I realized it was Jenny. “May I come in?” she didn’t wait for a response and entered the kids-sized girl’s bathroom anyways. I knew that no teachers were around to witness the harassing but I ran right past Miss Jenny on my way inside.

She kneeled down in front of me and took the bandana in her hand. “Joy, you are kind, you are smart, and you are beautiful. Don’t ever let anyone tell you any different,” she said followed by a smile as she helped me put my bandana back on. “Now, I don’t know what those boys said to you but they are in big trouble, you can count on that.” I stayed silent the whole time just like I did before and just like I did after.

“Listen, sweetie, I know you don’t talk much and that’s okay. Not everyone has to communicate the same way. But if you ever feel like your head is a little too crowded with thoughts and words you’re not ready to express, write a letter. Write a letter to the person you want to say it to, or yourself, or even nobody at all. Can you try that for me at least once?” I nodded and she smiled again with a slight sense of victory in her eyes.

That night I sat down on my bedroom floor with my favorite coloring pens and wrote my first letter.

Today’s featured artist is Philly based painter Jennifer Packer. Packer paints mostly portraits and still lifes with a limited color palette. “Suggesting an emotional and psychological depth, her work is enigmatic, avoiding a straightforward reading. “I think about images that resist, that attempt to retain their secrets or maintain their composure, that put you to work,” she explains. “I hope to make works that suggest how dynamic and complex our lives and relationships really are.” (source: https://www.sikkemajenkinsco.com/jennifer-packer) I chose Packer’s work because I enjoyed how emotionally in depth her works are but at the same time have a playful abstract aspect to it.