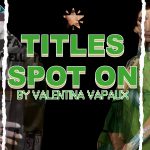 Lana del Rey, feminism and the glorification of abuse

Lana del Rey, feminism and the glorification of abuse

Snowstorms are blowing outside as I get smaller and smaller. A bathtub filled with tears rests quietly in the white house surrounded by drowsy dreams of suburbia. Candles are illuminating the dark. My head lies above the surface, and I feel like I am drowning.

I am twelve years old, and Lana Del Rey is asking me, “Will you still love me when I’m no longer young and beautiful,” when I finally break apart. Covered in mascara and salt, I sit there naked like an angel. Broken, for the first time that I will remember, bathing in nostalgia for a future created by shimmering movies, dark music videos, and endlessly romanticized books and songs about what it means to be young.

Lana del Rey is the kind of artist that never truly left my side. I went back and forth in music genres from tropical house to cloud rap to acid techno. But one element which remained constant in my musical upbringing was her songs. She hovered above my teenage years like a flickering ghost. I never really knew what people thought of her, what billboard critics had to say or how her lyrics could be controversial. I just grew up with her records by my side, indulging in the lyrical paradise that I created through her in my mind.

Then last week, for the first time, I realized that a lot of people had issues with her music. In an Instagram post, she claimed she had been branded as anti-feminist, despite singing about similar themes as other female artists. The examples she chose to claim that she was criticized more heavily were mainly women of color, which led to many people critiquing her for not acknowledging her white privilege and undermining these WOC experiences.

Del Rey’s statement was, without a doubt, not very thought through. In some sentences, it sounded whiney and unnecessary. Nevertheless, I believe that all the outrage distracted from the issue that she was trying to speak to. Though conveyed quite poorly, she criticized “female writers” who have attacked her for “glamorizing abuse.”

Since her debut hit “Video Games” in 2011, Del Rey has been criticized for lyrics such as “I can hear sirens, sirens / He hit me, and it felt like a kiss” in “Ultraviolence.” An article in TIME’s Magazine claimed that the song glorified domestic violence. Mic Magazine published a piece titled “Lana Del Rey is a huge step backwards for women everywhere.” She directly responded to such accusations in her first post by writing: “I think it’s pathetic that my minor lyrical exploration detailing my sometimes submissive or passive roles in my relationships has often made people say I’ve set women back hundreds of years.”

Singer Lorde said in an interview with The FADER: “I listened to that Lana Del Rey record and the whole time I was just thinking it’s so unhealthy for young girls to be listening to, you know, ‘I’m nothing without you, This sort of shirt-tugging, desperate, don’t leave me stuff. That’s not a good thing for young girls, even young people, to hear.”

All of these critics have a valid argument because Del Rey’s music does talk about triggering issues, but believing that we should protect young girls from consuming art that deals with these negative emotions or dark subjects are wrong. Trying to “protect” or exclude teenagers from topics has rarely made it better, “abstinence-only” instead of comprehensive sex education being only one example of this kind of educational approach.

Life can sometimes be dark, gritty, and gut-wrenching, especially for teenage girls. Creating media bubbles of poppy happiness does not eliminate teenager angst and trauma. Unfortunately, at some point, young people will encounter heartbreak, dependency, and dangers of some sort.

When you are young, you think that pain will destroy you and eat you up alive. And for a moment, it does. But you start fighting it like muddy quicksand. Gooyely pulling yourself out of it. And then you walk out, covered in stains but stronger than ever before. Del Rey helped me with learning that lesson; her music taught me how to really immerse myself in my emotions, feel them, and slowly let them go away. Her music showed me that I was not alone with my crashing feelings or my suffering. And she ultimately inspired me to explore my own demons, write poetry, and dive below my surface.

And while that is only my experience which should and could never be representative of a whole generation, I believe that art should not be labeled as “dangerous for young girls.” This sort of overprotective claim implies that teenage girls do not have the mental capacity to decide what helps them and what does not. That strangers who are unfamiliar with the circumstances and issues of these girls know better what is right for them. This narrative creates the same image of the dumb, naive Lolita that these critics are rejecting. Critics like Lorde, TIME, or Mic Magazine believe they have a moral high ground over what is suitable for millions of teenagers.

I personally never related to overly polished pop stars. Their seeming perfection made me feel worse about myself. Their commercialized music never really touched me in any way. And this is not to say that because I do not like pop music, it has no validity of existing. Musical art is a nuanced field of all kinds of things that are created due to artistic freedom. A lot of people simply do not like Del Rey’s drowsy sad music. And that is completely fine, but as music critic Lindsey Zoladz notes, Del Rey’s image “of a woman who stumbled, fell and picked herself up again was a more realistic alternative to empowerment as the default aspiration of the pop star”.

But what about those graphic and violent lyrics then? Do they glorify abuse?

Del Rey said her lyrics often talked about “the realities” of emotionally abusive relationships, and argued there should be a place for those topics in music.” I’ve been honest about the challenging relationships I’ve had,” she said. “That’s just how it is for many women.”

Writer Shappi Khorsandi supports her in an article published on The Independent by saying: “OK. But I’m not up for a woman being accused of glamorizing abuse when she is expressing herself and her own experience. It smacks of not understanding why art exists.”

‍
Especially the topic of submission to men raises eyebrows with feminists. Still, as Del Rey argues, feminism needs to accept women who choose to be submissive in a sexual or non-sexual way. The issue at hand is the question if this desire for submission is caused by patriarchic ideals and the way that women have been raised over generations. From a psychological point of view, the fantasy of submission reflects a desire to escape from the burden of self, from the chore of being responsible and in charge of your own existence. And this desire, especially when it comes to sexuality, exists in both men and women.

Lana del Rey captures multiple paradoxes. First of all, her musical persona seems to be this untamable child who dates and submits to older men, does drugs, and lives in an encapsulated past. In real life, though, she responded with a lengthy non-apology video by saying, “I’m super strong… you can call me whatever.” But especially in her lyrical work, you recognize that she is representing a sort of natural tension between freedom and obsession. Like Barry Walters writes on NPR: “What I adore about Del Rey is that she captures the paradox of attempting to seek liberation through ultimately enslaving her obsession. She loves her men as a junkie needs a fix, as supplicant needs a miracle. And although she looks to them for salvation, she’s met with sickness because she romanticizes destructive forces that fortunately cannot last — love like lightning, sex like tornadoes, pillow talk like thunder. It takes a certain kind of genius to be that foolhardy.”

‍
So, what does this mean, and why should this controversy matter to people who do not even like her music? For once, that young people do not necessarily need PG-13 brand-friendly art to grow as people. But what is just as important is that people who make anything should be open to criticism, which Del Rey simply is not. She does not understand the critical arguments that were made against her saying that she has suffered more scrutiny than the WOC artists, which she mentioned. Lastly, I think where she is right, though, that more power-focused feminists need to accept women’s desire for submission. Things such as the girl-boss narrative create an ideal where women have to be like men—driven by the hunger for power, control, and superiority. I would probably check that box if asked. I have no desire to submit to men in my personal or professional life. But some people do, and that is okay because it is their choice.