Lamas, Nokia Phone Pictures And The Revolt Against Expectations: An Interview With The Photographer Fritz Enzo Kargl

Lamas, Nokia Phone Pictures And The Revolt Against Expectations: An Interview With The Photographer Fritz Enzo Kargl 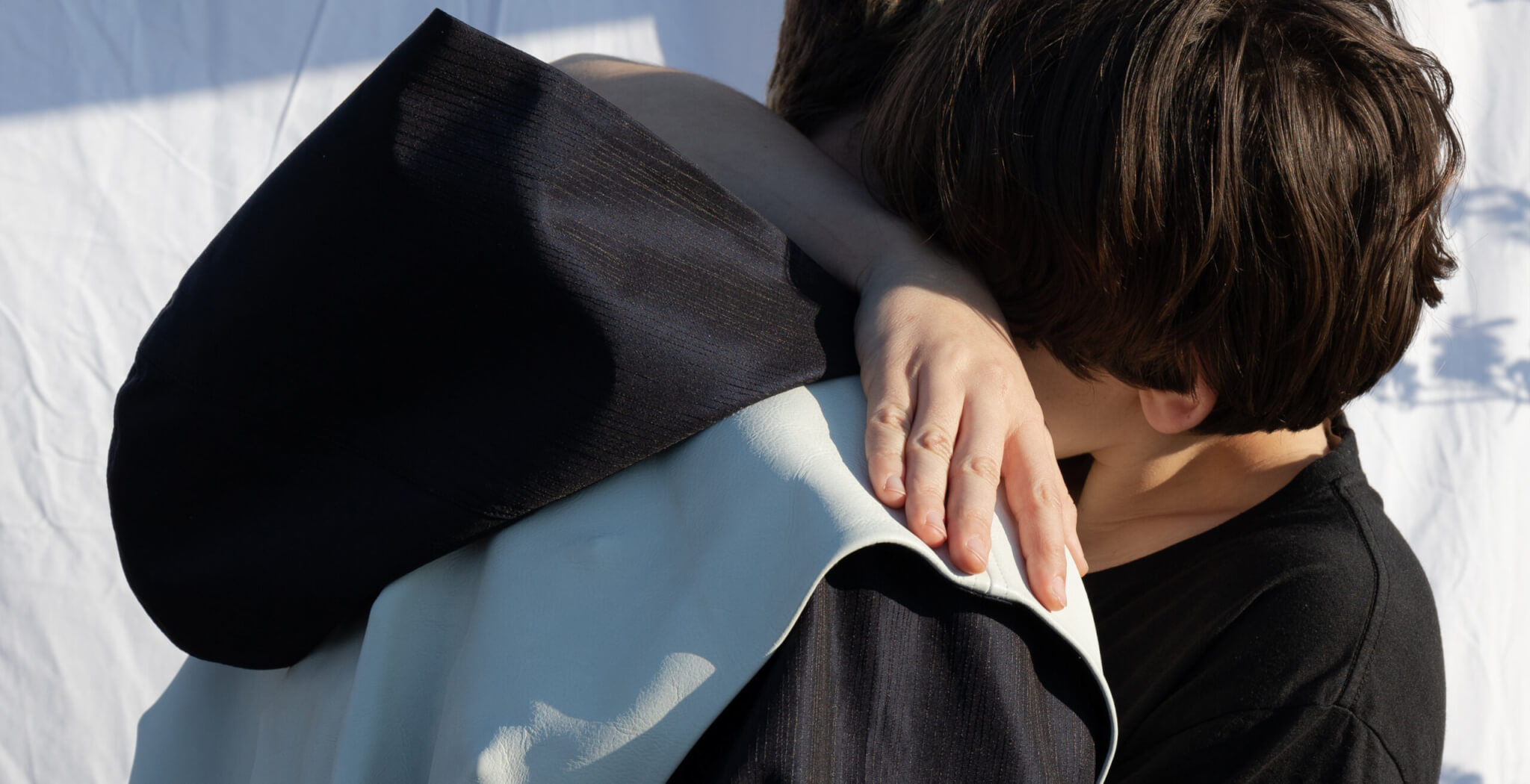 I scrolled through Instagram and discovered Fritz on a random Tuesday sometime in June. It was way too hot in Vienna, the heat-reflecting on the asphalt, almost pulsing. Even though we texted and called in June, we got to meet in July and this interview will get published in August because we match in our chaotic but organized spirit. We could say we aren’t the greatest in time management or we say that it’s a rebellion against the standards of capitalistic work culture, which glorified an 80-hour week, which sounds way fancier, right? We talked about Lamas, fashion and art uni.

I’m gonna say early bird to motivate myself. No, honestly it changed when I started Angewandte – when I started Grafische, I was never on time for two years, literally never. So, I transitioned and I love it!

When did you start photographing?

Probably almost 10 years ago. But I started taking pics consciously at the college „Grafische“ in Vienna, which I did like 3-4 years ago. I started „Angewandte“afterward. So, not THAT long ago.

What did the start look like regarding your pics?

Quite commercial. At Grafische it was quite technical and super flat. There were no layers of content or themes. Now, I started to look at my archive – also at my oldest phone, the old Nokia which was from 2011 and I loved the photos. And I thought – yeah, I unlearned a lot of that stuff needed in these Nokia phone pics through education. It’s the classic unlearn and break things. Sadly, I didn’t have a flip phone I would have loved one. There were pics of a Lama hiking with school and my friends.

Who or what inspires you?

Everything basically. It’s literally situations that move me. I can’t say it ahead – it might be meeting an old friend or specific situations. There really is no genre, not like other people who say I have this specific idol, museums, paintings, etc. Of course, all of this stuff but way more – people, the streets. Bodies also inspire me and how they work.

In an interview with chat interviews you mentioned that pictures are two-dimensional. So, with what kind of medium are you working right now?

I’m still going with photography now and the VR thing is still very much in my head and renderings – I love all of that stuff. For me, it’s very the art of the future. I really am diving into all the different kinds of photography right now and at the moment I’m really looking into hierarchies: who takes the photo? Whose photo is being taken? Who is the author of this work? Who produces stuff with people? I’m also thinking about technical stuff a lot: doing stuff with go-pros and my phone camera has become the most important camera for me. The question is often: how are being photos taken? What different things do they represent, depending on where you take them and how? What camera you might use – still, I’m the last person that tells you it’s important which camera you will use, what’s good and that you need to spend enormous amounts of money on your equipment. Definitely not. It’s still a very interesting discussion for me. Also, the low threshold – who can take pics in our society? Whose photos are being seen?

Following up on this topic then – What do you think about the commercial art scene?

It’s very difficult that artists depend in today’s world on selling their work. There are several experiments in different countries where there is a base income for artists – I’m not exactly sure anymore which countries. It’s really problematic when you have to make money with your art in order to survive. Art for me is never something that needs to meet expectations, which it has to in order to get sold. Some people might find their way to survive without bowing down to a big commercial market, but most people can’t do that. I don’t know where I stand, because I’m very much at the beginning of my career and everything I do. I’m not so deep in the scene and the collector thing – it’s just from what I hear, read and see. It’s quite problematic for people in the art scene – not only young people but also older people – if you spend 30 years working on some stuff and then it doesn’t sell. Many people do commissions – selling their work with brands. It’s a really fucked system for me.

What are your biggest career goals?

I don’t like the career term anymore. I have goals, I can’t lie about that. I say that, because I don’t want so many expectations for what I do – what I have to do. I try to let go of pretty much all the expectations I have and also with which others face me. I try to unlearn them. The major thing is that I just want to be able to do what I do without having to meet someone’s expectations. Without having to please people and also at the same time live: have enough money, meet friends and sustain myself in this society. This is what freedom is to me. It’s really hard to do that when you start to make money to not forget that.

What does your working process look like? Do you just take out your phone/camera?

It depends – sometimes I just do that and snap pics. Other times I will post them on Instagram just for the fun. But mostly I will look through them months or years later and then assemble them into my works. Vacations also inspire me a lot. I have three scenes or like bigger works, finished series and they all came together in about one week of vacation in Ostsee, Norddeutschland, Italy, Venice, and somewhere else in Italy. So, it’s pretty much about going to places you don’t know and seeing them with your eyes and trying to transfer them with your eyes, seeing this place also visible for other people at the end. I don’t really have a set process.

Three things you want to do before you die?

I’m so bad at these things! I want to go far away from home. I have this longing to be somewhere else – a different society or where you are secluded from anything you know. Running away. But that’s just one thing. The second thing is I want to do everything *smiles because he tricked my question*. So, even the traveling is included – so just traveling. I’m not a YOLO person,  but I still want to learn that. Not overthink the chances I could have missed, but just live. I’m too diplomatic for these radical choice questions – it quits annoys me, that I can’t choose often. It’s important to doubt yourself sometimes at least.

What are your summer plans?

I want to do my driver’s license and go on vacation. I want to do projects with friends – mostly in fashion probably right now. I need to cool down after the semester. Maybe go to Vorarlberg with my girlfriend to a hut.

I really love fashion just not privately but also in photos. At Angewandte, we do a lot of collaborations with the fashion class – also with my friend Alessandro Santi. I’m shooting his diploma collection right now and it’s a lot. I love to work collaboratively and multi-disciplinary, because I love asking f.e. Alessandro’s opinion on certain pics outside of the photo bubble because it adds a new perspective.

You study at ‘Angewandte’ in Vienna – what are the pros and cons of art uni? And can something like art really be taught and learned?

The biggest pro is, if it’s done right, is facilitating the art of young people. In our case, we got studios, powerful computers to edit work, etc. Some people also get scholarship money.

Of course, there is a lot that could be improved of course – but still, if it’s done right, it allows these artists to create without having to sell their work.  Also, of course, there is this unique social environment – getting feedback and getting asked for feedback. There is a big pluralism in opinions.

The con is this bureaucratic system behind it – achieving a certain number of ECTS, having at least some strange courses, etc. At Grafische at some point, it became so technical and such a tight corset, that I didn’t like taking pictures anymore. It really destroyed it for me. When I didn’t think about it, I started again and it got fun again.

How are traveling and art connected in your opinion?

For me, it’s the new perspective I get to see. It’s so inspiring to discover new places and through these new impressions, you might also change your view on life in general. Change is very important.

Do you have anything to add?

No, but Love and Peace!