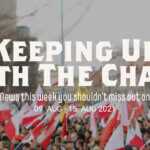 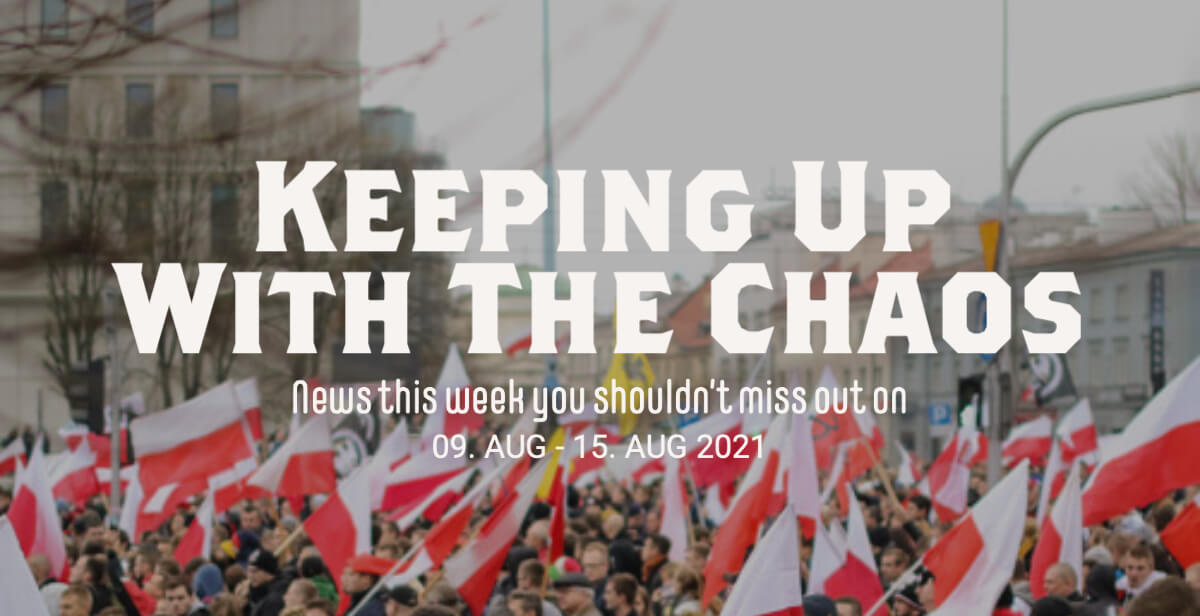 The Taliban continue their advance in Afghanistan at breakneck speed. Thousands of Afghans have fled to the capital Kabul. In a short time, the Taliban have taken control of 18 of the 34 provincial capitals. Today, they arrived at the suburbs of Kabul, and the Afghan Prime minister announced, to “peacefully” hand over the city to the Taliban. In light of these developments, the UN is sounding the alarm. “We are on the verge of a humanitarian catastrophe,” said a spokeswoman for the UN refugee agency UNHCR.

First the courts, then the media: With Poland’s broadcasting reform, PiS leader Kaczynski has taken a step toward authoritarian rule as the Polish parliament passed a new media law. It could ensure that the main opposition TV station stops criticizing government policies. That is why many view this decision as yet another attempt of the government to eliminate critical, and non-conservative voices in Poland. Thousands took to the streets to show their protest, and the governing alliance broke apart over the major disagreements.

Was the complete American withdrawal necessary? Many observers don’t think so. In Iraq, around 2,500 US troops remain in the country – the same number that were in Afghanistan at the beginning of this year. In July, Biden announced an agreement with the Iraqi government that effectively relabelled the American troops in Iraq as “non-combat” service personnel, while still leaving them in place. Biden could have taken a similar approach in Afghanistan since it’s very likely that without American military support, the Afghan government will collapse. Biden defended his decision. “I will not send another generation of Americans to war […]”. Now, he said, it is up to the Afghans to defend their country, determining there was nothing more the United States could do after two decades of war.

In the north, there are floods in the south fires, and droughts. Turkey is suffering from severe weather extremes at the moment. Torrential rain that caused some buildings to collapse, smashed bridges, clogged streets with wrecked cars, and cut power supplies. And Fires, that forced thousands of locals and tourists to flee Marmaris and surrounding areas. Environmental authorities have warned that southern Europe is at the greatest risk from the impacts of climate change on the continent. This also is shown by recent events in Greece as 586 wildfires are burning in “all corners” of the country, according to Greek Prime Minister Kyriakos Mitsotakis, and the immense heatwave in the north of Italy.

This July was the world’s hottest month ever recorded in Canada and Asia. In other continents such as Europe and North America, it’s under the Top 5. That reported a US federal scientific and regulatory agency. The data shows that the temperature was 0.93C  above the 20th Century average.

UN Secretary General António Guterres said in a statement that the findings were “a code red for humanity“. “If we combine forces now, we can avert climate catastrophe. But as today’s report makes clear, there is no time for delay and no room for excuses,” he said.