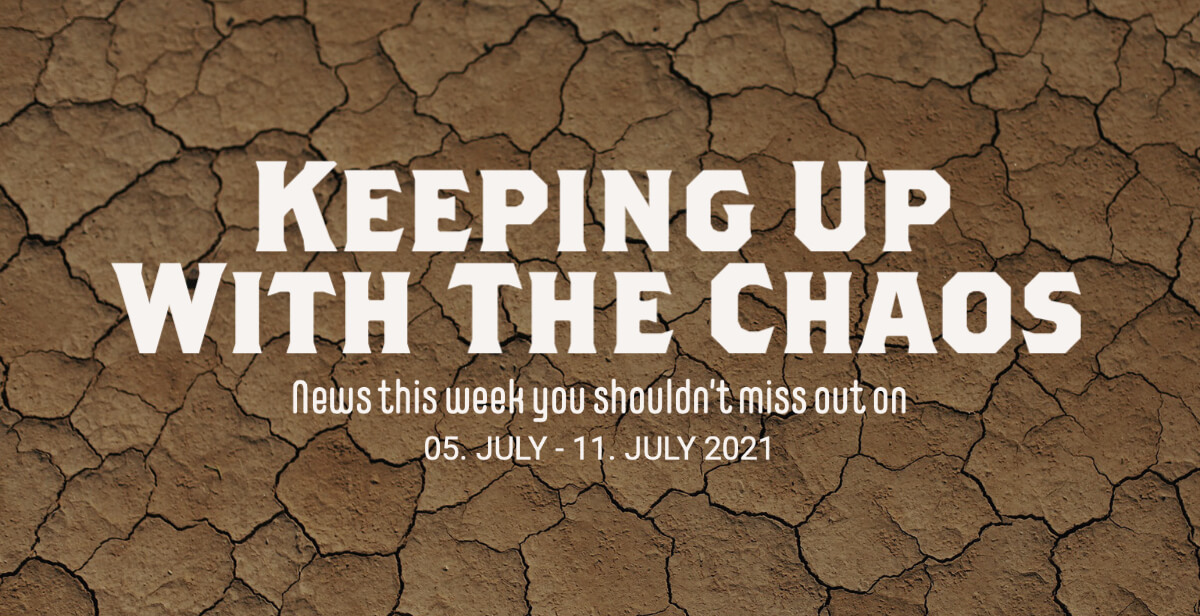 A few days ago, the execution of the President of Haiti, Moïse put the country in a state of paralysis. The UN Security Council called on all political actors to exercise restraint as the observers fear a power vacuum. “There is no longer a single functioning institution, the parliament does not work, the judicial system does not work”. For years Haiti has been in a political crisis, as the country is in deep Corruption, mismanagement and the violence of competing gangs shape the everyday life of Haitians. Moïse himself has been repeatedly accused of having close ties to some gangs and even of using them against the opposition. Many suspect a connection between those links and the background of his death.

North America and Canada have been suffering from extreme heat for several weeks. This marks yet another climate extreme in this region causing bushfires, droughts, and hundreds of cases of sudden deaths. Experts are convinced that the life-threatening temperatures of almost 50 degrees celsius would have been impossible without climate change. “The extreme nature of the record, along with others, is a cause for real concern,” says veteran scientist Professor Sir Brian Hoskins. “What the climate models project for the future is what we would get if we were lucky. The models’ behavior may be too conservative”.

The decision as to whether the protection of the constitution may target the AfD party as a right-wing extremist case will not be clarified before the federal election in autumn. This means that the Federal Office for the Protection of the Constitution is initially not allowed to observe the entire party with intelligence services and is not allowed to make any public assessments toward the AfD. Many fear that this could play directly into the hands of the AfD. Thomas Haldenwang, an employee of the Office for the Protection of the Constitution states “Our legal mandate is (…) to inform the population about anti-constitutional efforts. Even in the run-up to an election we must be allowed to inform the public if we perceive anti-constitutional efforts of any kind.” The AfD on the other hand was pleased with the court’s new schedule.

Since the US and NATO troops began to withdraw in May, the fighting between government forces and the Taliban has intensified massively. The Taliban have been advancing for weeks and can record several territorial successes. Only hours after the US Army had declared that 90 percent of its withdrawal into Afghanistan was complete, the Taliban attacked Kala-i-Naw, the capital of Badghis province in the north-west of the country. At least 5 other cities are also converted by fighters of the terror group.

If you ask the Kremlin about the Covid-19 vaccination campaign in Russia, officials will tell you that „Vaccination is voluntary”. Yet Moscow authorities announced that at least 60% of staff in service industries must get vaccinated with at least one shot by July or otherwise they will lose their jobs. Only 16% of the Russians are fully vaccinated and a survey that was published last month suggested that 62% of Russians are unwilling to get vaccinated with the Russian vaccine “Sputnik V” due to intransparency of the government and the resistance to use and import foreign vaccines such as BioNTech or AstraZeneca.