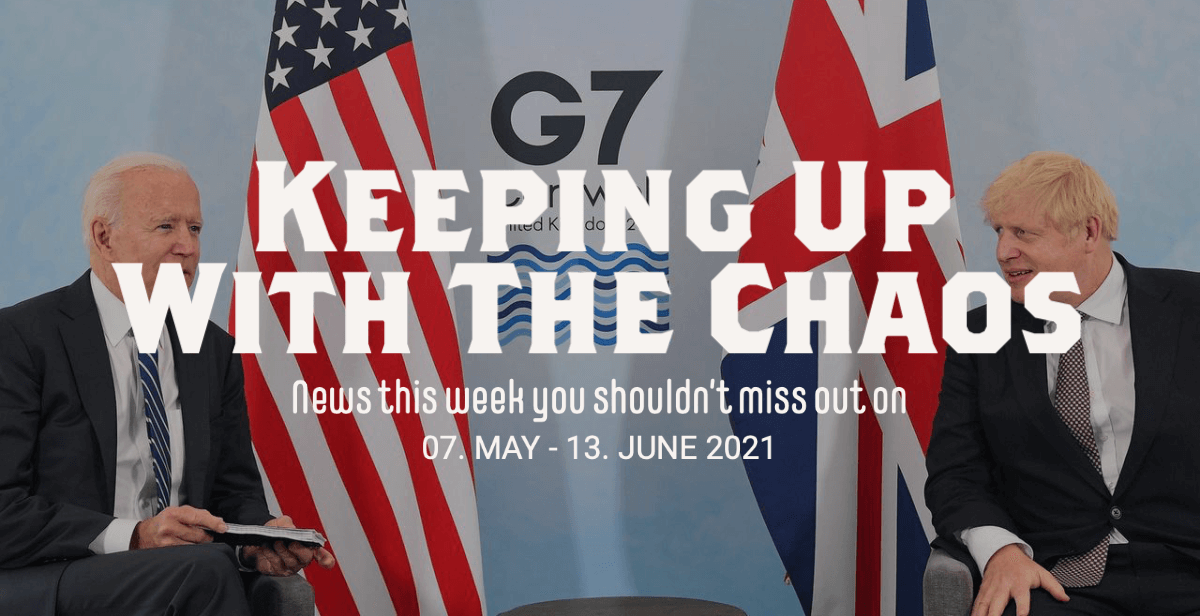 The Us-border-crisis is worsening, since the  number of undocumented migrants reaching the US-Mexico border has hit the highest level in more than 20 years. The governor of Texas has now vowed to rethink the “solution“ of  the former President, Donald Trump, of building a wall on the border with Mexico, claiming that “Texas will not sit idly by as this crisis grows”. The course of the US-Government is still not really clear at that point. Vice President  Kamala Harris has recently reached out to illegal migrants in her speech in Guatemala, discouraging them from seeking to enter the US illegally. “Do not come, you will be turned back at the US-Mexico border.“

Hungary’s ruling nationalist party has submitted legislation to ban content it sees as promoting homosexuality and gender change to minors, aiming to restrict the rights and protection of LGBTQ+ youth. The law draft would ban educational programmes that raise awareness of the respectful treatment of sexual minorities at schools as well as any kind of advertising in which homosexuals or trans people are shown as part of a normality. The law is heavily criticised and national LGBTQ+ activists have called out for international awareness and support. The Fidesz government is already under formal EU investigation for alleged breaches of EU rule-of-law standards.

The heads of state and government of the seven leading industrialized countries (G7), including the USA, Germany, Great Britain, Canada, France, Italy, and Japan will meet from June 11th to 13th in Cornwall, Southwest England. The conference will focus on trade issues and investments as well as the fight against the corona pandemic and the climate change challenge. China, and the ideological challenges posed by its rise and Beijing’s aggressive policy on international markets is also going to be a core topic. Even though China is the most populated country in the world, it has never been part of the G7-summit due to massive conflicts of values.

Darnella Frazier, the teenager who filmed the murder of George Floyd one year ago, was awarded with a special journalism award by the Pulitzer Prize board. Her film was the most popular evidence of the murder and spurred protests for racial justice around the world. The footage was also used at Chauvin’s murder trial. The committee said they honoured Ms Frazier for “courageously recording the murder of George Floyd, highlighting the crucial role of citizens in journalists’ quest for truth and justice”. The Pulitzers are the most prestigious journalism awards in the US.

In the recent deadly fight with Israel, more than 16,000 homes along with 58 schools and training centres, nine hospitals, 19 clinics and vital infrastructure got destroyed or damaged in Gaza, according to the UN. Now, a land and sea blockade of Gaza, which is imposed by Israel and Egypt, makes reconstruction slow and complicated. Additionally, the UN is under pressure to reform an elaborate mechanism that it set up to supervise the entry of building materials to Gaza since international donors want to help rebuild Gaza without rearming Hamas. In order to provide those supplies and assure they will not get into the wrong hands, everything entering Gaza is supposed to be monitored with cameras so UN inspectors can supervise that they are only used for legitimate repairs.