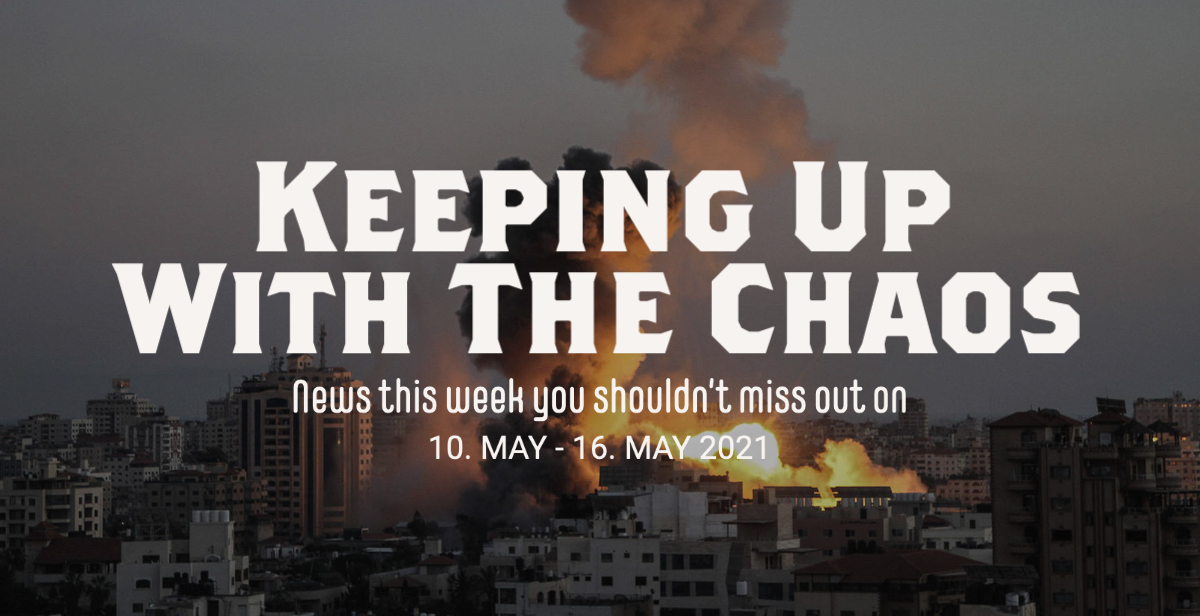 In the past week, the Middle East conflict has flared up again. Both sides reported deaths, mostly civilians. The conflict is known to have many levels. Some resurfaced in the last few days and weeks, some have been fuelling for years and decades. It was triggered by riots on the annual “Jerusalem day” on May 9th, where Israelites celebrate the victory in the 6-day war over Jerusalem. Over 300 Palestinians were injured by the Israeli police. Gaza responded with rocket attacks. It is unclear how far the situation will intensify. Both sides shouldn’t be interested in a long-term escalation, as they are both busy with handling national struggles. But it is feared that the conflict will turn into a self-runner once again, especially in virtue of the lacking diplomacy. The next few weeks will be fateful.

The reaffirmation of ban of homosexual marriages through the Vatican in March had irated the liberal community of the catholic church. As a response, priests all over Germany have joined the “Liebe Gewinnt” or “Love Wins” initiative, blessing same-sex couples for one week week in Berlin, Munich, and Cologne, as well as rural areas. One of the priests explains that he’s engaging in the initiative, since he doesn’t want to be separated from the daily living reality of the people he encounters as a priest.

As riots and protests continue, the government responds more violently or as they call it “heavily handed”, initiating the clashes even more. Governmental sources reported 26 deaths but speakers from the protest movement and humanitarian organizations corrected the number up to almost 50. Now one of the former leading protesters has also been declared dead. He had been in the hospital for a week after unknown motorcycle riders had fired multiple gunshots at him. The whole country seems to be spiralling into a stage of emergency since the pandemic is also slowly slipping out of control.

With Covid-19 cases rising in countries all over the world, and Japan extending its third state of emergency to deal with the pandemic, thousands of people have signed an online petition calling for the Olympic Games to be cancelled. This week, Japan’s top executives have also voiced their concerns saying that it would be a “suicide mission” for the country to host the Olympics this summer and raising safety concerns over volunteers, athletes, officials, and the Japanese public. “It just doesn’t feel right to celebrate, when there are thousands of people dying in your neighbouring state” said one petition signer referring to the deteriorating situation in India.

It’s been one week since the violent razzia that has caused at least 25 deaths in the Jacarezinho favela, one of the main bases of the “Comando Vermelho” (Red Command) in northern Rio. Criminal syndicates such as the “Comando Vermelho” and several smaller gangs are fighting in the slums to control drug trafficking and money protection. As a response to the disproportionate police violence of the action, thousands went on the streets of Sao Paolo and Rio de Janeiro calling out the fuelling racism and injustice in Brazil since the razzia, which killed mostly young black men, fell together with the annual celebration of the end of slavery in brazil on May 13th..