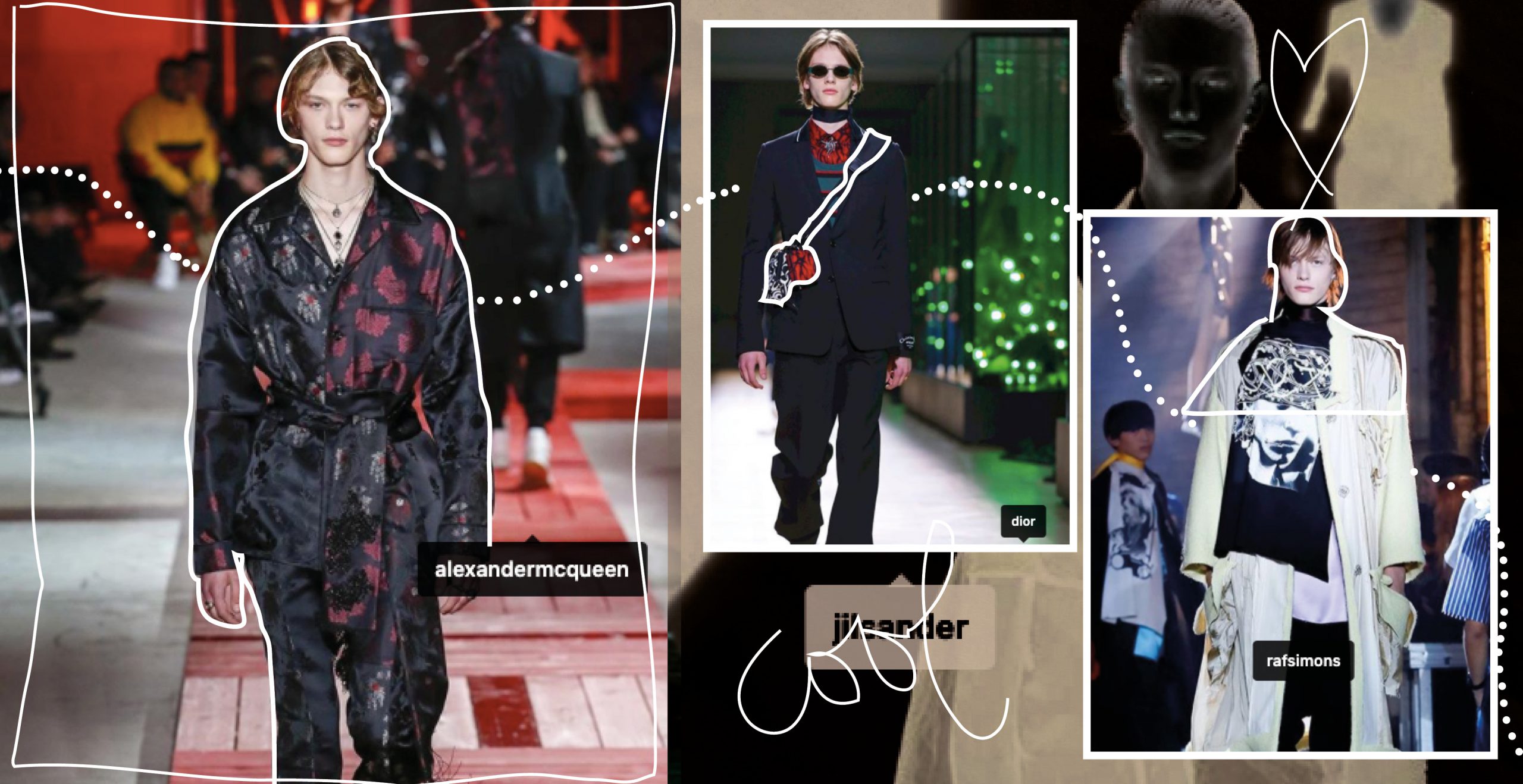 Daniel Olze has become a good friend of mine. I already forgot how we met.But this must have been through a friend (Retro maybe it was you!).

When you look at Daniel, you can already imagine what he does for a living. He is tall and handsome. It’s easy to guess. Daniel models. He is not an Instagram model, as everyone feels in the Gram, but models on a professional level in the top class. If you look at his Instagram profile, you can quickly see that he runs for brands like Prada and Dior .I onlymet him by chance in Paris at Fashion Week at the beginning of this year. As a result, he was running for Louis Vuitton, which is just incredible.

Now he has let us interview him in this article and gives us an insight into the world of modeling. At first glance, everything looks rosy in the endless fashion cosmos. But like

they say: Not everything that shines is gold.

1. How long have you been modelling and how did it come about?

I did my first job in January 2018. I started in the summer of 2017 and was approached in Munich at the Eisbach and had a test shooting. Subsequently, agencies in New York, Paris and Milan were signed with me. That’s how it all got off the ground.

2. Have you always had an interest in going in that direction or was it more of a coincidence?

I was already interested in fashion before that .I was also approached once when I was 14. But I wasn’t interested in modelling then. When it happened the second time, I thought I ‘d give it a chance.

3. What does a working day look like for you?

That is always different. It depends on which job  it is.And where you do it. Usually you have  a  call time in the morning.   Then  you go  to make-up and then  comes the  fitting.  Afterwards you work  or  shoot.  At noon is  the  break and after that the same procedure starts.

4. What kind of challenges have you met on the job so far?

I believe only psychological. I started when I was 16 and at that time I was not yet ready to deal with such a superficial brooch properly.

5. What values and special experiences have you been able to take away with you through modelling?

You become very blunt about all the problems with yourself. It has helped me a lot to accept myself and my appearance more. I could also learn not to take myself too seriously. I also had spontaneity and joy in getting to know something unknown.

‍
6. Even though you haven’t been modelling for very long, you’ve already had some big projects behind you! Among them are several shows on Fashion Weeks. What was it like for you when you were able to be there for the first time?

My first Fashion Week was pretty exciting. I came from the village and was thrown into this eccentric world. You meet a lot of very nice, relaxed personalities! But at that time I was also a bit too young and shy to experience all that properly. That all came with time.

7. What has been the project or show you have celebrated the most so far?

Looking back, I associate many wonderful moments with my first job. But many others have also enabled meto meet beautiful places and great people .

8. How do you see modelling and what value does it have for you?

It is very difficult to have a clear opinion on this,  I think. Many good things have happened to  me personally.  I think it has influenced me positively. But there are enough stories of models who can’t cope with the psychological pressure or are losing weight to stay in shape. I think  it’ s  the  job and not all the other stuff around it that’s a bit boring. Because  only the lowest form of emotions  is demanded.  It’s a conflict with the industry.  But I think Covid-19  will change the whole thing and make it more sustainable, hopefully.

9. It is nobig secret that the world of modeling is under a lot of criticism, especially when it comes to fulfilling beauty ideals that seem unattainable. How have you experienced this so far and what is your personal opinion?

I think it’s nonsense if peoplet ake some models as an ideal of beauty. I have met a lot of very beautiful people in the last few years and that can quickly get boring. What makes a person is his head, his mind. We should stop trying to make our “physical me” always shine. There are people out there who have universes in their heads. I think that is true beauty.

10. Is the competition and thus the competitive behaviour in the world of modelling really as great as it is sometimes depicted, or is this an exaggerated impression?

The competition is so great. Meanwhile, it is felt that everyone who fits the Fashion Week in size and statureissent to the Fashion Week. That’s why modelling has become a little more unproductive, which you can’t really live off .Unless you are booked so often that the cash register is on fire.

11. What would you personally like to achieve as a model apart from your “label”?

I have to admit, in this modeling career I don’t want to achieve much more. In any case, I want to take the possible journeys with me. However, I personally ask myself the question when it will improve, as most borders are closed. But in itself I don’t worry too much about that.