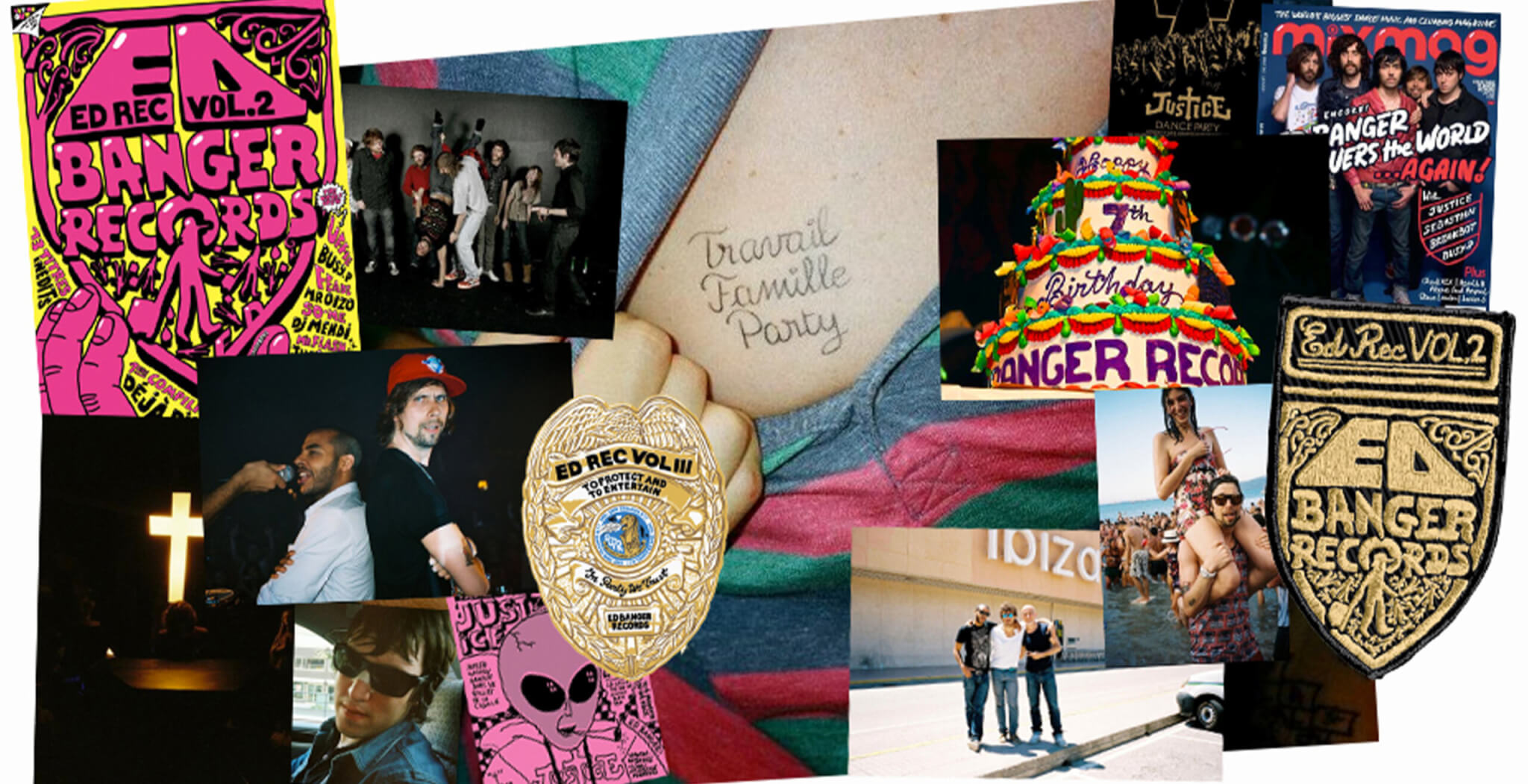 It was the pinnacle of my youth in 2006, when I was at the perfect age of 19 and had just finished school. My week consisted of civil service at a retirement home and the money I made was mostly spend at clubs or for my then new passion – sneaker hunting.

One of those clubs in my hometown had become a harbor for underground electronic music and and one fateful Tuesday night I heard Simian Mobile Disco’s and Justice’s “We are your Friends“ for the first time.

I instantly asked a DJing friend of mine about the tune and he told me the name of a label that would not only change my fashion and music style, but would influence the whole world – Ed Banger Records.

Founded in 2003 by former Daft Punk manager and DJ Pedro Winter aka. Busy P, who met the masked electro gods Thomas Bangalter and Guy-Manuel de Homem-Christo while studying law, the label started as a subdivision of Headbangers Entertainment, his management agency for artists like Cassius and DJ Mehdi.

Of course I had heard about Daft Punk before and Justice were just about to release their groundbreaking debut “Cross“ containing their hit singles „D.A.N.C.E“ and “DVNO“. But all the other names, except for Mr. Oizo who had a huge success with his track “Flat Beat“, which was featured in Levi’s TV spots in 1999, were new to me.

You have to remember that Youtube started in 2005 and Tumblr was reigning supremely over every other social media platform, therefore the ordinary consumer finally did not have to wait for interviews in music magazines or for MTV to play the desired music clips. You could just do the digging for more information by yourself.

The mid to the end of the 2000’s is what I like to call “The Graphic Tee Renaissance“. Colorful shirts had a comeback, mostly paired with tight fitting jeans and colorful sneakers. So when Justice dropped their video for “D.A.N.C.E“ my head was blown away and I instantly wanted each and every shirt from the clip.

The video clip was directed by directional duo Jonas & Francois with animation by So-Me, the art director of Ed Banger Records. His graphic designs glazed every Ed Banger release and made each and every cover, video oder merchandise stand out.

If you are not familiar with So-Me you might have seen his style of animation in Kanye Wests “Good Life“ video clip. Funny thing that Kanye and Ed Banger’s first crossover was at the MTV Europe Music Awards, where Kanye crashed the stage after Justice received their moon man, complaining why he did now win the award.

By that time I had moved on to my first job in retail at a local skate store with a boss completely obsessed with everything french electronical so we started most of our days browsing Tumblr and Myspace to find new songs or information about our favorite Parisian record label.

Who will forever stand out for me was then 18-year old Uffie, who after releasing her debut single “Pop the Glock“ became the poster girl of ”cool“. I can assure you that nobody ever looked cooler than her wearing Jeremy Scott sweaters while rapping on stage.

Years later she released her debut “Sex, Dreams and Denim Jeans“ but before that she was featured on every Ed Rec sampler and recorded classics such as “Pop the Glock“, “Tthhee Ppaarrttyy Remix“, “Ready to Uff“, “Hot Chick“ or “F1rst Love“.

In 2006 the first label sampler “Ed Rec Vol.1“ was released that gave the listener a full presentation of what the label had to offer. Pure power.

In my opinion the Ed Banger Crew were always the best dressed one, it daises not mean which party or award show. Gaspar and Xavier of Justice looked awesome in their leather jackets, Uffie was wearing Jeremy Scott, Feadz wore Supreme…

Therefore it did not take long for the first fashion collaborations with the Parisian crew to pop up.

Nike released a special “Busy P Air Force One“ edition together with Colette, Milkcrate Athletics released their collaborate “Cool Cats Stand up“ shirt in 2007 and in 2010 we saw the release of the “Ednies“ sneakers by Ed Banger x Etnies accompanied by a video tour diary “The Ed Rec. Six“.

The most recent collaboration – a small capsule by Carhartt and the the French label – released just a month ago.

Another name that can’t be unmentioned if you talk about the Bangerverse and especially my view on it is Michael Dupouy. If you are not familiar with him, he is the author of the universally known ”All Gone” book series.

”All Gone” and it’s massive significance for the streetwear culture is something we will focus on in the very near future, because it plays a very important role in my love story with Ed Banger.

I attended Berlin Fashion Week in 2010 and was lucky enough that an All Gone Release took place that year at Made Club. In my memory the whole content of the book was on display. Back then it felt like I had died and went straight to heaven. Visvim FBTs, Nike SB Dunks, Bearbricks, everything that I always read about on blogs now right in front of me.

The soundtrack to that experience? Jeff Staple and Busy P were behind the decks.

With now being in my 30’s I can assure you that I have never been to a better party. At least in my memory it was one of the greatest evenings ever.

It was the first time that my virtual world, consisting of blogs and tumblr, became real and it was the moment that convinced me that one day I would make a living out of all this.

The story of Ed Banger Records is far from finished and I can’t wait to tell you more in future columns, but I hope you enjoyed it so far…

‘Cause from Tokyo to Scandanavia they say ”Ed Banger rules!”…