BALLROOM IS THE CULTURE, VOGUING IS THE DANCE

BALLROOM IS THE CULTURE, VOGUING IS THE DANCE 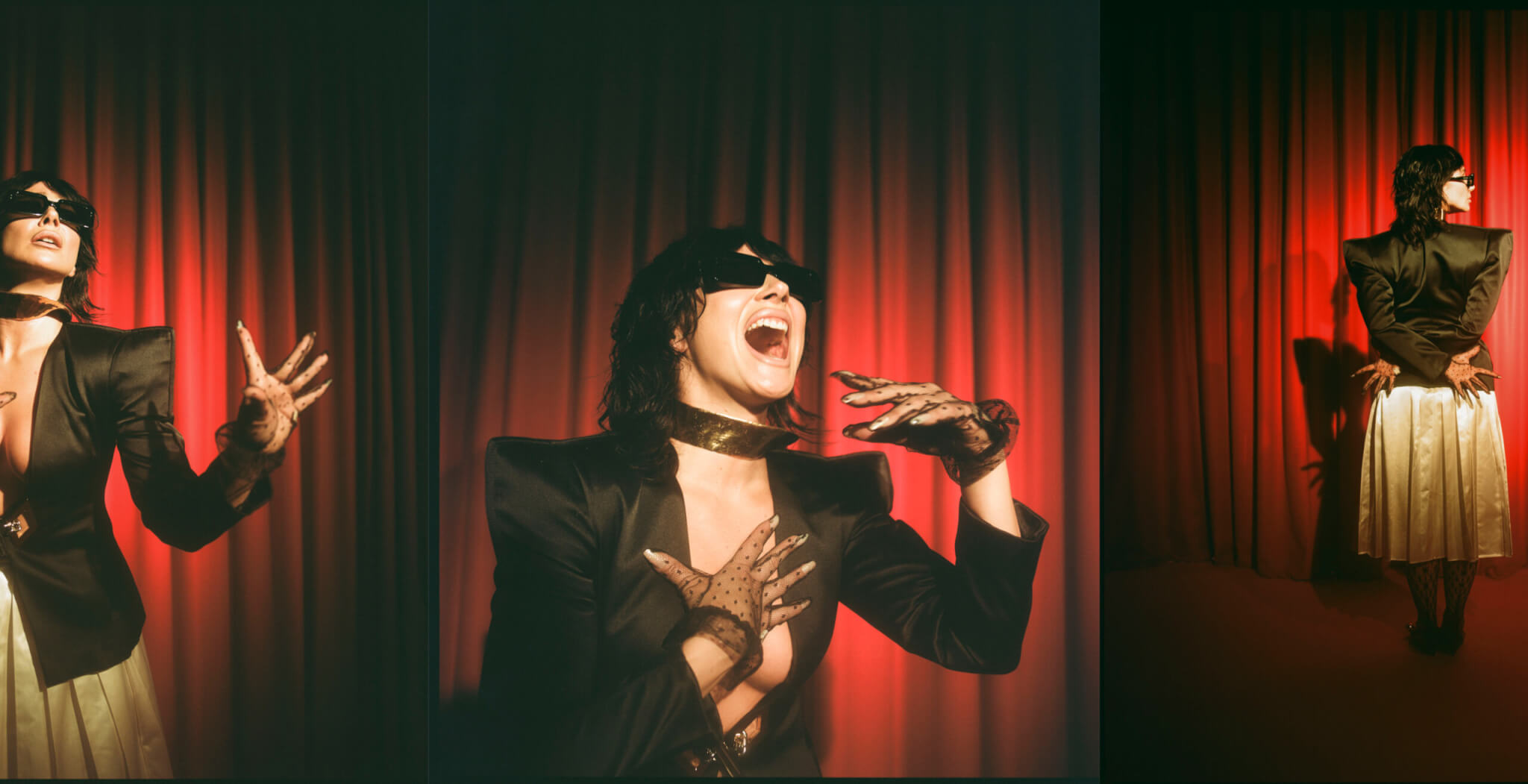 You don’t learn about voguing by simply studying the dance moves, because there is no voguing without the ballroom — a subculture that was born in the 1920s and found its reinvention in the 1960s. The ballroom was a safe space for the Black queer community fed up with the discriminization and racism they experienced every day. A place that held drag competitions and birthed pride. Voguing became a means to compete using dance moves, fashion and a proud attitude not found in many other subcultures.

Ballroom is the culture and voguing is the dance. Keep that in mind.

And also keep in mind who exactly invented it. That is the most important thing about voguing. You have seen the dance moves in music videos ever since Madonna’s number-one song “Vogue” was released in 1990, but this now nearly 50-year-old culture is not just about dancing. It is a protest against oppression.

“Voguing is not only a dance style, it is a part of ballroom and its culture. Ballroom has its heritage in Harlem, New York. The subculture originated out of discrimination against LGBTQIA+ Black & Latinx people in the 80`s in the United States,” says Cristiana Angelescu, a German-Romanian transdisciplinary artist, architect, dancer and member of the iconic House of Saint Laurent, who has been part of the German ballroom community for nearly ten years now and who first got in touch with voguing while traveling New York.

The roots of ballroom and voguing are heavily influenced by the 1920s Harlem Renaissance, the cultural and intellectual revival of Black culture in New York that helped shape Black LGBTQ culture. It was during that time that conversations surrounding aspects of identity — race, sexuality and gender — increasingly focused on how they could be fluid and intersecting.

In the 1970s, voguing evolved out of drag competitions into dance battles between Black and Latinx dancers representing their “houses.” The “house,” often named after famous fashion houses and headed by “mothers“ and “fathers,” became a new family for the dancers, who outside of this safe space were confronted with homophobia and transphobia.

1990 not only saw the release of Madonna’s “Vogue,” which understandably was criticized for whitewashing the culture, but also the release of “Paris is Burning,” a documentary chronicling the mid-to-late ‘80s ballroom scene of New York with a focus on race, class, gender, sexuality and identity. It was the complete opposite of the aforementioned video clip.

Director Jennie Livingston switched between footage of ballroom competitions and interviews with leading figures of the scene such as the aforementioned Pepper LaBeija, Willy Ninja and Angie Extravaganza.

“Paris is Burning” not only pays attention to the dance moves, but also showcases the concept of the ballroom.

“Ballroom comes with a family system which gives hold and power to overcome everyday discrimination. It is a the place for queer communities of color to shine and value their voices. Ballroom gives the opportunity to grow your personality on all levels”, says Cristiana Angelescu from the House of Saint Laurent.

Director Livingston always insisted that the movie is not about a dance, but about “people and the prejudices against them and how they survive it with wit, dignity and energy.“

This brings us back to the beginning of this article and the names listed. While successful music videos shined a spotlight on the dance, it was the “mothers“ and “fathers“ of the different “houses” — Pepper LaBeija, Paris Dupree, Dorian Corey, Willi Ninja, Venus Xtravaganza and many more — who started not only dancing, but building communities out of a necessity. This included the necessity for unheard voices of the queer and trans Black and Latinx community to be heard and seen in a world full of oppression. They helped the members of their houses to construct their identities into something new, something beautiful and most important something that was not predetermined by society.

Voguing spread around the world and nowadays there are scenes and houses in every major city around the globe. And this is necessary. “Ballroom” is something different, or as Christiania Angelescu puts it:

“There is a big gap between ballroom cultures and other subcultures. The understanding of gender, sexuality and racism in everyday society has always been a complex and problematic topic. Ballroom comes with a family system which gives hold and power to overcome everyday discrimination. It is a the place for queer communities of color to shine and value their voices.”

“The US community can’t be compared in the same Way as the German Community, because the German scene was shaped mostly by Cis Women. Therefore it took a longer time to create this safe space Voguing was intended for.“

“Ballroom comes with a family system which gives hold and power to overcome everyday discrimination. It is a the place for queer communities of color to shine and value their voices. Ballroom gives the opportunity to grow your personality on all levels.“

Nowadays there are three types of voguing — the “old way“, “the new way“ and “vogue fem“. The “old way“ is characterized by fluid and precise actions displayed in a duel-like battle between two dancers. One of the goals was to “pin” — or better said — “trap“ the opponent into a corner, so that no counter moves could be performed anymore. Skilled dancers would conquer this attack by changing from “hand performances“ into “floor moves“.

The “new way“ included imaginary geometric shapes that are moved around the body and rigid arm movements. “Vogue Fem” is influenced by feminine movements coming from ballet, jazz and modern dance.

A special thank you to Cristiana Angelescu (@crystalsaintlaurent_), member of House of Saint Laurent (www.saintseurope.com), who helped us finalize this article with her deep knowledge of the culture.