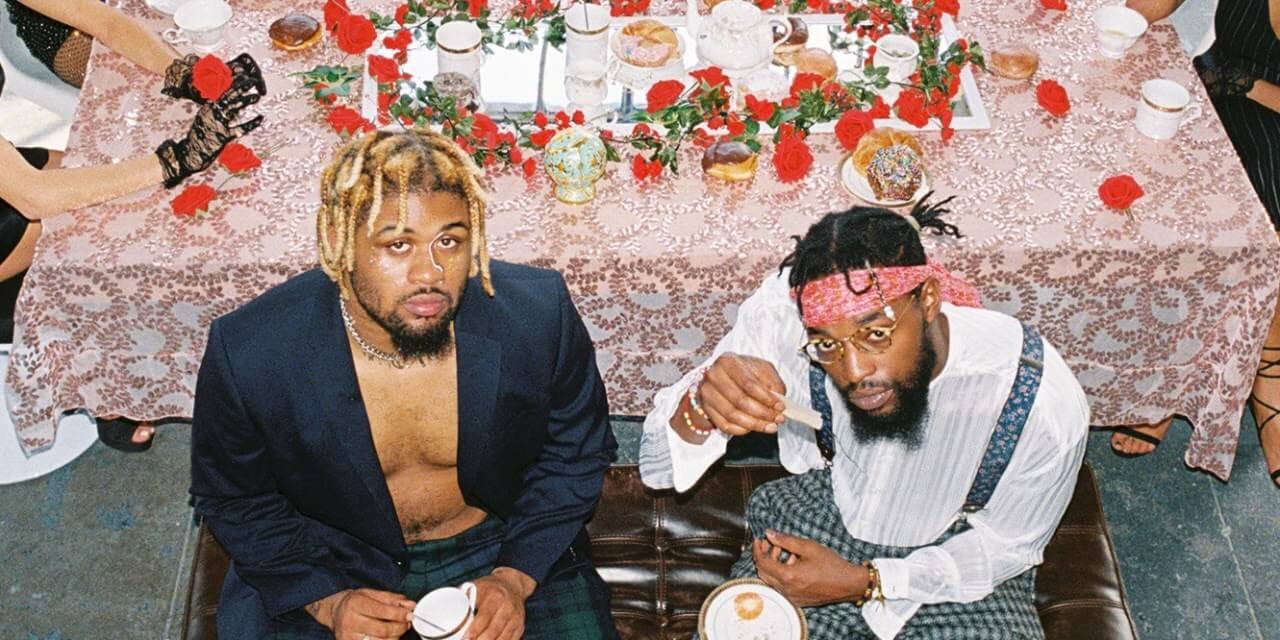 Today, we would like to introduce you to Hippie Tribe, an alternative hip-hop duo, consisting of dp.thuH and blond.bomber. The two recently dropped their two-pack EP Gullah Punk: mod 1.

Vibrantly original and untethered to any specific genre, Hippie Tribe has cultivated a cult-like fan base within New York’s DIY music scene. Gullah Punk: mod 1, released via their own imprint, OTOLO Records, features the freewheeling tracks “Billie Dream” and “S A N T A N A”. The blood bubbling, punk-rap/Afro-Cubano fused anthems, comes as the first capsule of an expansive project that includes short films and a music festival.

In today’s interview, Hippie Tribe talked to us about how they are working together, where they draw inspiration from and how they share a cognitive disease that leads them to creating art beyond their music. Also check out this exclsuive session the duo recorded for us:

What are the benefits and difficulties of being a duo? Do you have any stories about supporting each other or not being on the same page?

Luckily we don’t have many problems with working together cuz we have a strong commitment to just making the best art possible. A lot of arguments people come up with are because they want their point to get across or some ego shit and we don’t really have that. We are willing to try everything and then deliberate on what is (OBJECTIVELY) better. – blond.bomber

Exactly, your ego can be your biggest asset or your biggest enemy. It’s all about how you use it – and folks generally know when arrogance or pride is creeping in. Something you always gotta check. For us, we’ve built up this extreme level of trust – Niko’s my right hand in all of this so I know to take whatever he says into serious consideration because we’re two parts of the same brain – we have the same goals and aspirations and our whole thing is doing whatever feels right. So, I know everything he does or suggests is to put me in the best light possible. And I know he knows that’s how I move too when it comes to him and our art. – dp.thuH

Although you aren’t committed to any specific genre – how would you describe your style?

I wish there was a genre that was ‘loud and emotional music’ because I think that’s the best way to describe it. – blond.bomber

I think we should just start calling our sound Mood Music….like there’s something in our catalogue for every type of situation, emotion, mood. And that’s because our music very much reflects life’s roller coaster. It’s up and down and loopty loops and all that.  We incorporate hella sounds and genres and feels ….many of our soundtracks become like [psychedelic] trips. There’s a journey in all of our chune, so to subject it to a specific category would be to summarize an entire lifetime of experiences into a singular word. – dp.thuH

How did you come up with the name “Hippie Tribe”?

We were big Black Hippy fans, so it was just a play on that, and us wanting to create a community of people like us, misfits. Folks on the outside. Plus, we really are hippies. Catch a contact quickly, on God (laughs). – dp.thuH

How do you experience the New York music scene? Is it full of inspiration or rather overwhelming?

I find myself more inspired by New York as a whole than the music scene. It’s truly something new everyday. I basically only go to the studio and back home [everyday]. I think the people of Brooklyn whether musicians or not are very inspiring – blond.bomber

What artists do you look up to and inspire your career path?

Being from Pittsburgh I always had a heavy influence from Mac Miller (RIP). He was the best rapper and made all his own beats [too] which I thought was insane. Tyler, the Creator also makes his own beats and really says WHATEVER he wants on a track. Obviously, ‘Ye because he’s the goat of music AND fashion. – blond.bomber

Been a sponge my whole life. I’ve always been attracted to alternative progressions. Gospel music was a huge influence so Kirk Franklin, The Winans, Fred Hammond definitely shaped all of that. Once I was introduced to more secular music, Kanye was definitely a front runner and because of his music prowess, I was introduced to hella other folks. Kanye introduced me to folks like John Mayer,  which took me down a path of soft, classic rock and blues which eventually led me to discovering Stevie Wonder’s catalogue, my favorite artist. I also learned of Lauren Hill from Kanye, which led me down a path towards reggae and Bob Marley. So the journey has kind of been like Lincoln logs. I found and keep finding inspiration from my idols, their idols, their idols’ idols, and so on. – dp.thuH

What is the inspiration behind your latest release “Gullah Punk: mod 1”?  What does it mean to you?

Gullah Punk: mod 1, is the first of several capsules we’ll be dropping leading up to the full length project. We’ve always been pretty eclectic with our sound but over the past couple of years, we’ve been really focused on creating dynamics within minimalistic production. We love to rap and we love to rage so rock and hip-hop have been tethered. This two-pack is littered with little moments of perfectly balanced raw emotion, vulnerability and disorderliness. – blond.bomber

In relation to your EP, you’re also working on projects like short films, and music festivals. How did these ideas come about?

I think we are just obsessed with making art in all mediums. The goal has always been to use music as the trampoline to these other platforms like tv and film. I have an inclination towards film because it’s all the art forms put together – visual, music, and fashion. I think being able to combine those is the epitome of artistry. – blond.bomber

We’re heavily visual, both of us having synesthesia. We see colors and shapes when we create music, so the short films are a natural progression considering our music sounds more cinematic than commercial like. I’m also heavy into writing now, so applying that skill in a different format, like creating dialogue, was pretty seamless considering I’ve been sort of creating monologues through my verses for years now. – dp.thuH

The festivals and various programs we operate out of Bed-Stuy are more for our overall aspirations to change the narrative for our people in this country. We decided to stop waiting for the powers that be to grant us their cyclical and hollow opportunities. We started our festival, Von King Woodstock, threw it locally at a park amphitheater in the middle of Bedstuy, collected proceeds and put all the money towards our breakfast program and winter coat drive. We just want to show our people that we are more than enough to alter this plight. – dp.thuH

You’ve also worked with other artists before – What’s the best advice you’ve ever received and from whom?

The best advice I’ve received to date is probably stop thinking so much. From a few different people (laughs). – blond.bomber

What advice would you give your younger self or other young aspiring musicians?

If you’re serious…. drop out of school, drop everything and become the best musician you can. Only if you’re really obsessed with this artistry. I mean I have a sociology and psychology double major degree from a prestigious university, yet here I am cooking up everyday. Now, imagine if I spent 4 years locked in the stu… I’d be an even bigger problem than I already am. – blond.bomber