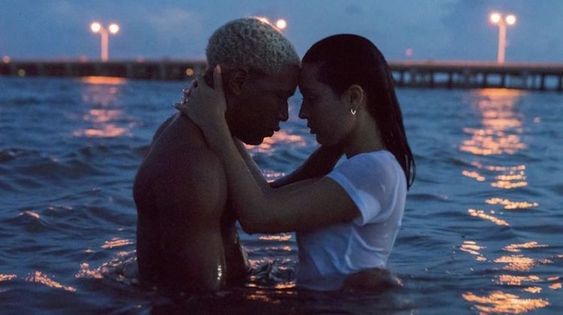 You will cry, you will scream, you will laugh – and most importantly: you will enjoy yourselves and forget all that shit of 2020 around you for a few brief moments as movies never fail to let us escape reality. And to escape the burden of deliberating about whether an awesome looking tearjerker is to rank higher than a sweet romantic comedy we decided to let the alphabet do the ranking, starting with “A” like:

experience. With an almost meditative pacing A Hidden Life contemplates on what it means to sacrifice everything to preserve your own integrity. It’ a story of a man who refused to fight for what he didn’t believe in and what he truly despised– but it’s as far from an angry of despairing movie as it can be. Instead it’s calm, incredibly beautiful as it doesn’t tell us about a dead man, but about inner peace.

A Sun has been hidden in plain sight within the overabundance of mediocrity that Netflix offers as a all too often quantity is confused with quality. The more accessible movies get the more harder the true gems are too find if there’s no marketing money involved. So it’s not hard to imagine why a movie like A Sun managed to play the Toronto International Film Festival, win almost all movie awards from its country of origin and still be almost completely invisible. But this intimate family drama needs all the eyeballs it can get for it’s magnificent writing, amazing score and intelligent view on humanity.

Using brain-implant technology, a female assassin takes control of other people’s bodies to execute high profile targets. But the deeper she sinks into the mind and emotions of her latest assignment the more she becomes trapped inside and might be obliterated. Possessor explores the boundaries of the human mind in a truly singular movie which is so unique that it will awe some and disgust others.

Apparently Ultraviolence has become a marketing tool in 2020 as well as the original version of Possessor is called “Possessor – Uncut” which should serve as a warning for sensitive viewers: There will be some bloody disturbing scenes that are hard to endure, but for anyone interested in extreme cinema that feels and looks like a very weird fever dreams: Here’s an unforgettable experience waiting for you.

Lovers Rock portrays one night at a house party in the early 80s in West London and is the ultimate love letter to the joy of just living in the moment and features at least one unforgettable scene with an extended singalong after the music already faded away. A room full of possibilities and being one with the beat –that’s something we all are thirsting for. There won’t be nothing feeling more immersive than being one with the beat than Lovers Rock in 2020.

Nyles is stuck at a wedding in Palm Springs and when we say he’s stuck, he’s truly stuck: Nyles relives the same day again and again and again. And again. But then he falls in love with the maid of honor who also appears to be the family’s black sheep. After she is stuck with him in the same time loop, they both become more and more fascinated that nothing really matters if you relive the same day again and again – but does nothing really matters if your companion on this surreal trip begins to matter more and more to you?

PalmSprings implies tears that match with laughter when we are confronted with universal truths about love and the ultimate meaning of happiness – all while a wedding celebration will be hilariously destroyed again and again and again.And again. No wonder why Palm Springs started as a hidden gem until it even melted coldhearted cynics who lost their belief in love.

Uncut Gems is an incredibly stressful movie experience in the best possible way: Howard Ratner is constantly pushing himself and everybody around him forward – always looking for the next big deal, that will finally make him rich. He doesn’t care if he has to break the rules because this seems to be just natural for him, until everything is just a big mess. But that doesn’t stop Howard and he keeps on promising, lying, betraying, miscalculating and ruining himself as he tries to keep up with the incredible speed he imposed upon himself. Obviously he can’t and one can’t stop watching his decay into chaos with a mixture of amusement and compassion as we all know the feeling when we’ve fucked up everything and constantly keep making it worse by trying to save what still can be saved.

One of the most beautiful and bold movies of the year with a soundtrack that features Kanye, Kendrick, Tyler, Cudi, Frank Ocean, Chance, Radiohead and Animal Collective. Bring your tissues as their will be tears in this incredibly intense story about a controlling father who just wants his kids to succeed in high school and the harrowing events that places their familial bonds under severe strain.

Welcome to Chechnya let’s us glimpse inside the abyss: the deadly war on gays of the Russian Republic. Since 2016 Ramzan Kadyrov, the tyrannical leader of Chechnya, tries to “cleanse the blood” of LGBTQ+ Chechens with a government-direct campaign to detain, torture and execute them. With no help from the Russian government and only hesitant condemnation from other countries, a group of activists is completely left alone and has to risk unimaginable peril while taking matters into their own hands. Welcome to Chechnya is often difficult to watch and therefore a vital and urgent portrait of an unprecedented humanitarian crisis which full story has yet to be written – and there’s not much time left to change the ending.