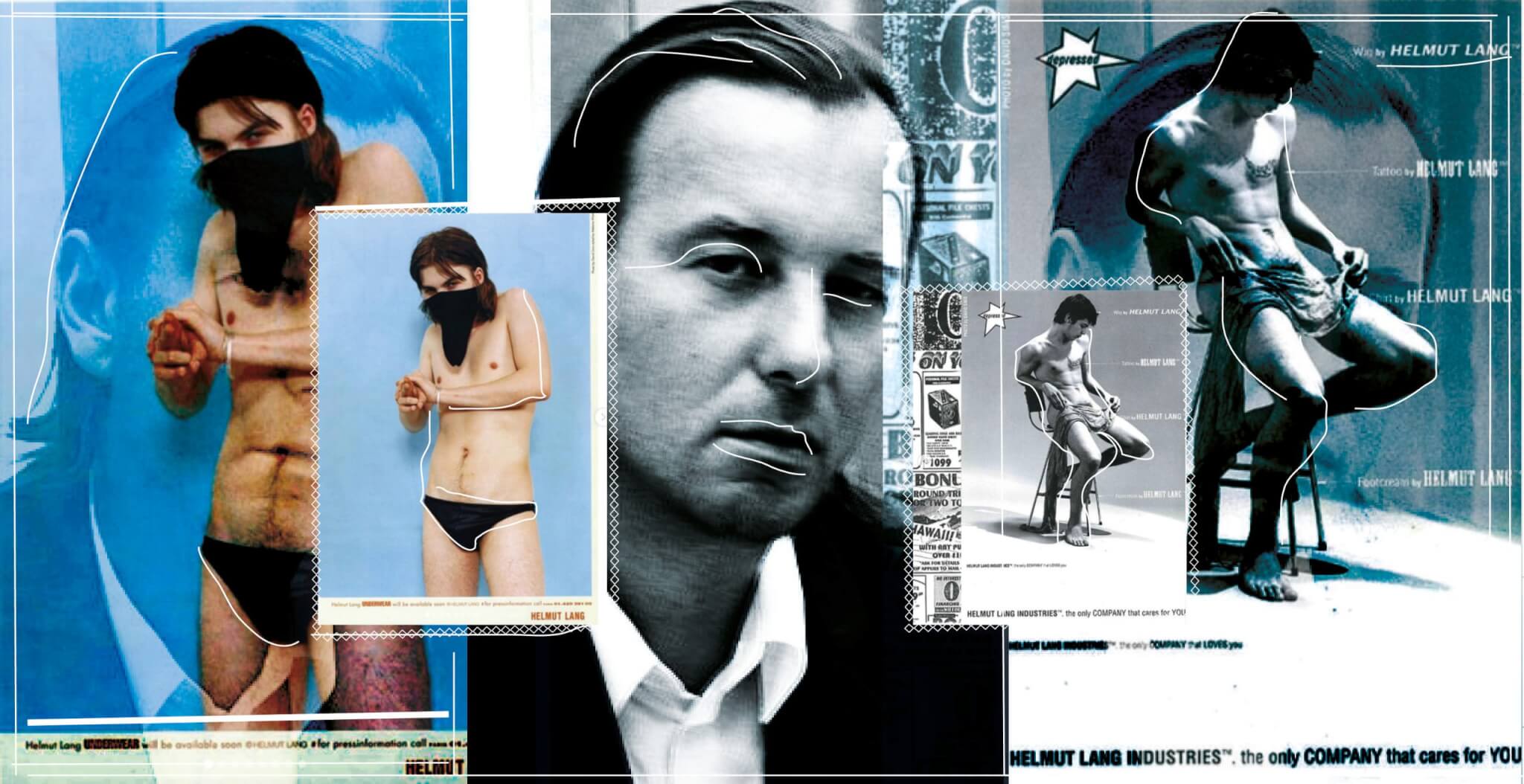 TBT: Who is Helmut?

TBT: Who is Helmut?

Imagine becoming an icon by refusing to do something, by saying: “You do your thing, I’ll do it my way!”. What feels so uncommon and brave or even visionary to some, just naturally falls into place for those who just decide to be themselves, unintentionally inspiring people only through their own authenticity… So there we are. Right in the middle of this week’s fashion throwback!

First of all, Helmut Lang was born as Paul Scepka. The story is told very quickly. Helmut is actually Paul’s third name, Lang the family name of his mother’s parents. Looking at how his label’s career somehow seems to have just occurred, you get the feeling, the name Helmut Lang also just came up rather than being constructed in a complicated way.

Because that wouldn’t fit.

Scepka was born in Vienna in 1956. He first grew up with his grandparents who were shoemakers in Ramsau and then moved to Vienna to his father and his second wife when he was 10.

He graduated at Vienna Commercial Academy and three years later, at the age of only 23, he opened up his own fashion boutique in 1979.

It was the most opulent era in western fashion at that time. Designers like Thierry Mugler gained strong popularity. Hollywood and Paris worked hand in hand. Paul Scepka though went to a tailor to get a set of minimalist pieces tailored for himself. Despite all ongoing hype and fashion trends, he got so many compliments and questions on his very avant-garde way of wearing his own ‘anti fashion’ clothes, that in 1980, self-taught Scepka presented his first prêt-à-porter collection. Due to the big success of the Vienna exhibition at Centre Pompidou in 1986, Paul Scepka changed his name to ‘Helmut Lang’. The same year, Lang presented his first runway fashion show in Paris with which he created an extreme contrast to the shows of the big names at that time, such as Thierry Mugler or Jean-Paul Gaultier, whose extravagant designs were at peak popularity. 1988, he returned to Vienna, where he began to also produce shoes after his granddad’s favorite shoe, and to experiment with high-tech materials of the early 90s.

1993 to 1996, Helmut Lang taught fashion classes at University of Applied Arts in Vienna, while working closely with Juergen Teller since 1994. Until he moved to New York and began to bit by bit sell his company to Prada group, Helmut Lang successfully showed annual fashion collections in Paris and in April 2000, Lang officially became the first non-american fashion designer being awarded at Council of Fashion Designers of America (CFDA)