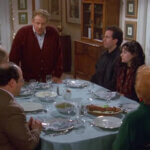 WHAT TO WATCH THIS CHRISTMAS

WHAT TO WATCH THIS CHRISTMAS

The holidays are already at our doorstep and to get each and everyone into the right festive mood, we, at TITLE decided to select our favorite movies and TV shows for you to lighten up your Christmas spirit. Something for every mood throughout the holidays.

Welcome to this year’s “WHAT TO WATCH THIS CHRISTMAS” presented by TITLE.

First of all, there is a Christmas movie for basically every mood. You want to have a romantic pre-Christmas event with your significant other, “Love Actually“ (2003) is what most people recommend. Want to get into the mood for your annual Christmas party at work? “Christmas Party“, the holiday episode of iconic sitcom“The Office“ and their chaotic Secret Santa will surely get you excited to put on your Christmas sweater. Let’s hope that your party does not end like the office party in 1988‘s action flick “Die Hard“ starring Bruce Willis. You forgot the true meaning of Christmas? Walt Disney, Bill Murray (“Scrooged“ – 1988) and even The Muppets got your back, because they all have their own interpretation of Charles Dickens‘ classic novella “A Christmas Carol“. Still not sure if you feel that festive? Charlie Brown did too when it was his task to direct the annual Christmas play. But just like the Grinch in “How the Grinch stole Christmas“ (2000) got his spirit back, you will too.

At the latest when it’s time for “Home Alone“ and “Home Alone 2“. But there are plenty of other situations that might occur and we selected just the right flicks or shows for each of them.

If you are worrying about what presents to get for your loved ones this year: THE SIMPSONS

“Simpsons roasting on an open Fire“ is the first full-length episode ever of “The Simpsons“.

Now in their 33rd season it feels very different from today’s episodes, more of a realistic family TV show. Homer is not as stupid as he is portrayed nowadays and the family is struggling with real-life problems. Of course it is unbelievably funny, but it really has a different vibe.

In this episode Homer is informed that this year nobody at work will get their expected Christmas money and already sees the family’s holidays in shambles. He relies on the money they saved over the year, but is unbeknown to Bart getting tattooed earlier the day and Marge spending all their savings for a tattoo removal. Homer takes on a job as a shopping mall Santa Claus and even tries his luck at the dog track. His plan kind of works out and

We are introduced to Santa’s Little Helper, the family’s beloved dog for the first time. Funny trivia: Simpson’s creator Matt Groening originally planned to end the show with the beloved family driving off to do their Christmas shopping and arriving at the start of this episode making the entire series “a story on repeat“. Brilliant idea, but it was scrapped due to Disney acquiring the rights to The Simpsons in 2017.

This is a very special episode and perfectly shows what the holidays are about – being with your loved ones – not expensive gifts.

If you start to panic, because the gift you are looking for is sold out everywhere:

Are you still on the lookout for a perfect gift for a loved one? Don’t waste no time, because that’s exactly Howard Langston’s problem was in this movie.  Howard (played by Arnold Schwarzenegger) promised to get his son this season’s must-have toy – a Turbo Man action figure – for Christmas, but forgot about it. Not a good look for a dad as the toy is sold out everywhere. Throughout the movie we follow Howard stumbling from one chaotic situation into another to secure the desired toy to prevent his son’s Christmas from being ruined.

In his way: A crazy mailman also hunting for a Turbo Man, his scumbag of a neighbor (played perfectly by Phil Hartman, who as a writer for The Simpsons was responsible for some of the best episodes), a drunk reindeer and a bootleg toy syndicate ran by crooks dressed in Santa Claus suits.

If you want to get ready for the big family get together:

Clark is obsessed with giving his family a Christmas like the ones he experienced as a child growing up. Nothing seems to work out as planned as his own extended family, wild animals hiding in his Christmas tree, his cheap boss and his yuppie neighbors seem to make this task as hard as possible.

If the annual family get together makes you think, that your family is crazy: SEINFELD

“Seinfeld“ is “the show about nothing“. That’s it. This sitcom by Jerry Seinfeld and Larry David follows the lives of a fictional version of comedian Jerry and his friends George, Elaine and Kramer in New York. “Seinfeld“ is not only the greatest (according to the likes of Rolling Stone and Entertainment Weekly), but also one of the most influential sitcoms of all time. Catchphrases like “Yadda, yadda, yadda“, “Serenity now!“ or “sponge-worthy“ have definitely found their way into American pop culture.

As most movies deal with the magic of Christmas from the view of a child, “The Strike“ from Season 9 of “Seinfeld“ finds George dealing with the childhood trauma of his father inventing his own holiday called “Festivus“ (“It’s a Festivus for the rest of us!“).

Fed up with the over-commercialization of Christmas his father exchanged the traditional Christmas tree with an aluminum pole and the traditional Christmas dinner with a get together to tell everybody what kind of problems he has with them. And let me assure you, he has a lot of problems. If that’s not enough, George also gifted fake donations for a made-up charity to his co-workers and through his exposure now has to bring his boss to his family’s Festivus evening. Of course chaos ensues.

If you want to know what Christmas really is about:

This anime by legendary Japanese director Satoshi Kon brings us into the streets of Tokyo on Christmas eve, where three homeless – alcoholic Gin, transgender woman Hana and teenage runaway Miyuki – while searching through the trash – find an abandoned baby and make it their responsibility to reunite the child with it’s parents. Most Christmas movies are about family and so is “Tokyo Godfathers“, but in contrast to a McAllister or Griswold Family Gin, Hana and Miyuki are not bonded by blood, but by there shared fate of living on the streets. “Tokyo Godfathers“ is a movie about family, forgiveness and love. You will certainly shed a tear by watching it.

If the holidays are over, but you just can’t let go: THE ADVENTURES OF PETE & PETE

“The Adventures of Pete & Pete“ is a US comedy series that was broadcast on Nickelodeon from 1993 to 1996. It is the story of two ginger-haired brothers, both named Pete Wrigley living in the small town of Wellsville and deals in a comedic manner with topics such as coming of age, friendship and love. The younger Pete also has a “personal superhero“ named Artie, they have to deal with school bullies like the paper-obsessed “Papercut“ or deal with their parent’s (their father is obsessed with finding the perfect routes for his beloved road trips and their mother has a metal plate in her skull, that picks up radio waves) shenanigans. It is definitely wacky, but heart-warming to the max. IGN Magazine once called it “one of the most well-written children’s shows ever“.

And of course there is a Christmas episode. This special episode titled “O’Christmas Pete“ deals with Pete’s (the younger one) struggle to let go of the festive harmony that always surrounds the holidays. He tries as hard as possible to keep everybody in spirit, but also has to deal with who seems to be the archenemy of Christmas, namely the garbage man, who wants to pick up the old Christmas trees. The episode instantly gives you flashbacks to your own childhood and might even make you a little melancholic. Sorry for that, but it is wonderful.

It’s only two weeks left until Christmas eve and we hope that we gave you some inspiration for what to watch this season. There certainly is something for everyone.