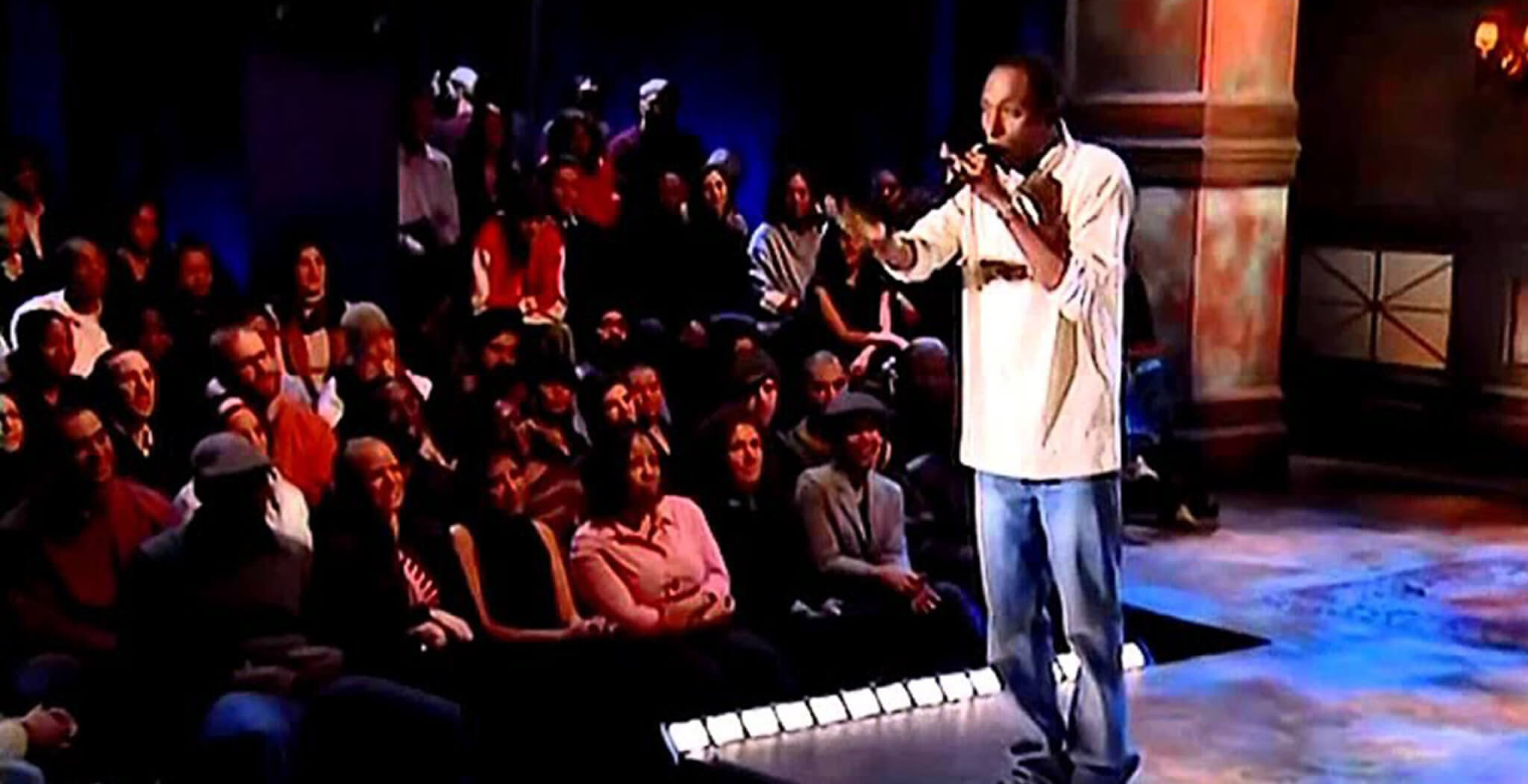 It’s not the official definition, but it’s quite a coincidence that the word “rap“ could be short for “rhythm and poetry.“ But hopefully now after almost 40 years since the Hiphop culture was born in the South Bronx, most people might be aware, that rap is poetry (Kendrick Lamar won a Pulitzer Price for heaven’s sake…). While rap music always had to fight the prejudices of being just a vehicle for vulgar lyrics about sex, money and murder, the masterminds behind one of Hiphop’s most important and ground-breaking labels – Def Jam – decided to produce a TV-show highlighting upcoming and already established spoken word poets in 2002.

But what is spoken word poetry?

Spoken word is a collective term for any kind of poetry that is performed aloud. It includes poetry readings, slams, comedic texts, jazz poetry and even hiphop music.

With Def Jam producing the show and and the contemporaneous rise of conscious „backpack rap“ due to the success of “anti-industry“ labels like Rawkus Records, it was an awesome idea to invite Rawkus-signed MC and actor Mos Def (nowadays known as Yasiin Bey) to be the show’s regular host.

But don’t let Kanye’s presence overshadow the talents taking the stage over the show’s five year run on HBO.

The show went on to win the prestigeous Tony Award for Best Special Theatrical Event and even toured internationally.

Def Poetry Jam ended in 2007, but until this day is remembered as one of the “realest“ art and music shows to ever be broadcast on TV.

Black Ice – Bigger than Mine

Common – A Letter to the Law