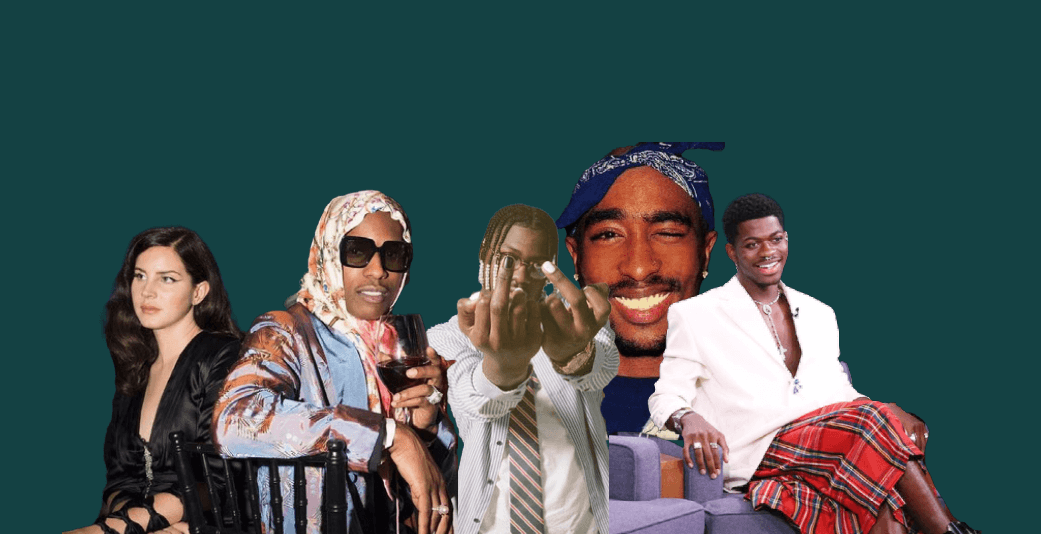 The Evolution of Female Fashion in Hip-Hop

The Evolution of Female Fashion in Hip-Hop

For years, the best words to describe Hip-Hop as a culture were probably „hard“, „real“ and of course „male-dominated“. While these words very much still fit the genre, not only have women finally found a bigger voice in the scene, but also rappers have been more open to play with what it means to be manly. It might be the general shift towards gender-neutral fashion or traditionally female fashion being in trend – but rappers have been seriously rocking some fits, they wouldn’t have ten years ago.

I mean, just look at Rocky. He’s not the one to surprise his fans with his risqué outfits. After all, we all know and love his fashion sense. But: It’s a huge statement, coming from a big Rap-star. And it’s not like that fit was a one time thing. With trends like dresses for men or headscarfes, not only media personalities but real people have been rocking fits, that just aren’t considered particularly manly – regardless of their gender. And that’s great because, let’s be honest: Gender is a social construct anyways and men look great with nail polish.

That’s why it’s the perfect time for Lil Yachty or former-rapper-turned-rock-star Machine Gun Kelly to drop their own nail varnish for their very much male fans. I mean, I’m not into the idea of exclusively male nail polish (because nail polish obviously doesn’t have a gender) but as of now, I’ll give it a pass. Because the harsh reality is, that it’s not that easy for men to experiment with their clothing and accessories – let alone make-up! It might seem like doing your nails and wearing a Gucci scarf would get you tons of praise, since it can get you likes and popularity on social media.

But the real world isn’t as inclusive and open. So, when someone like Lil Yachty announces a nail polish brand – that’s a huge deal. Not only because his collection has great packaging but also because he was one of those boys that got made fun of and even expelled from school for painting his nails.

„If someone wants to express themself in any type of way, as long as it’s not harming anyone or bringing anyone down, they should be allowed to do so“ – Lil Yachty

Obviously, there’s more to the story. Even the late Tupacs nose piercing was risqué once. After all: Some rappers walked so our current stars could run. What sets this centuries artists apart from older ones, is the fact that they don’t have to be from the block, or considerably hard to be accepted by the community – especially if they gravitate towards traditionally feminine jewellery, clothing or make-up.