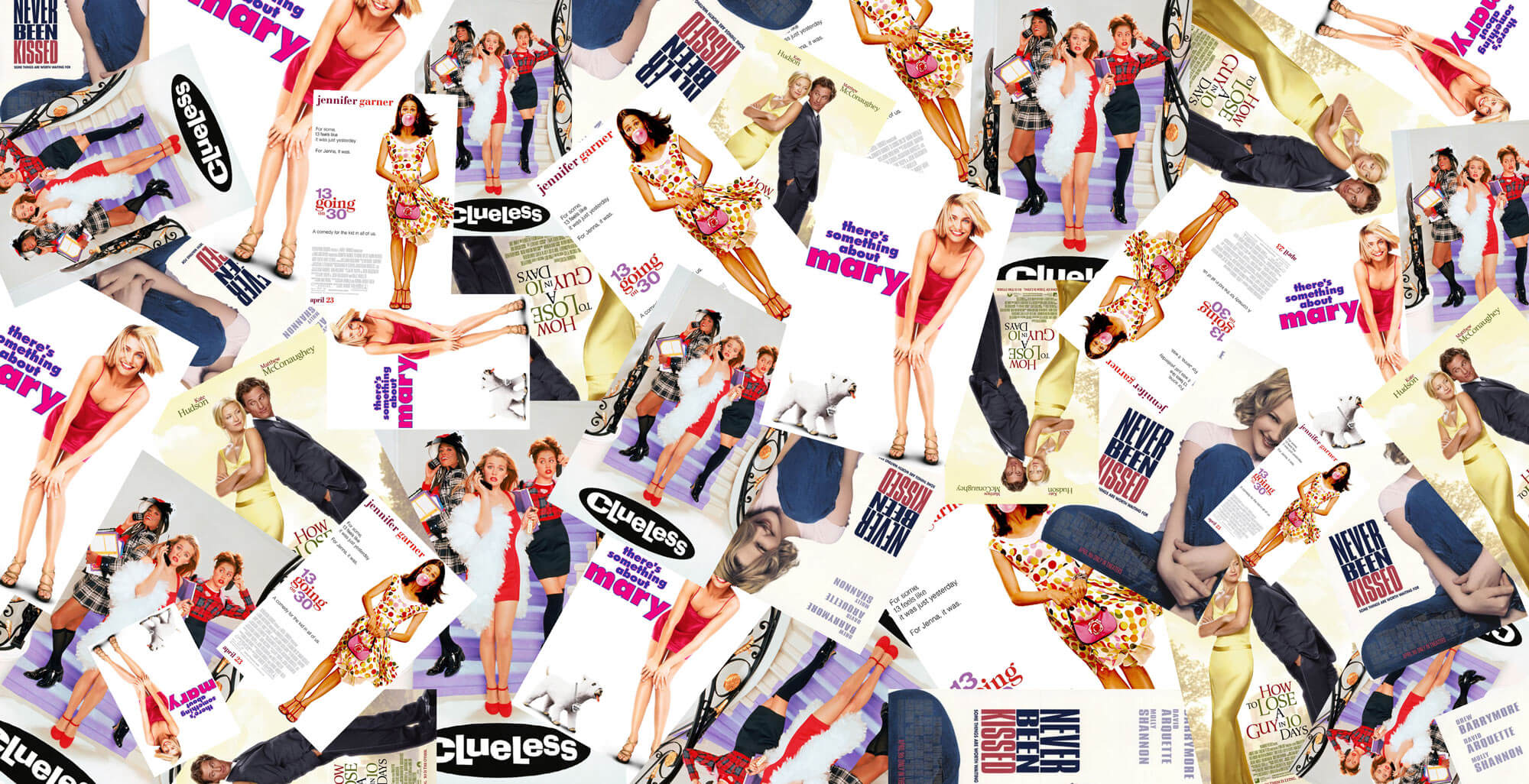 After a long day of helping my boyfriend move house, we decided to order some pizza and chill on the couch watching a movie. For our choice of entertainment we felt something light-hearted and easy to digest would be best. So, RomCom was the genre of choice and after having searched Netflix for a little too long, we decided for “There’s Something About Mary”.

However, the film turned out to be not as easy to digest as expected. Because of really sexist imagery, discriminating jokes, and an over all outdated story-line, we weren’t able to finish watching the whole movie.

I mean, Romantic Comedies aren’t usually interlectually challenging, but do they have to be politically incorrect? This disappointment and shock about what people thought were acceptable back then had me to thinking about other movies that would cause the same reaction. Even though these movies haven’t been released ages ago, it shows that our mindsets have changed quite a bit over the course of the last twenty years.
‍

#1 There’s Something About Mary

This movie came out in 1998 and tells the story about Ted, a young man, who gets a chance to meet up with his dream girl from high school, even though his date with her back then was a complete disaster. Although the girl, Mary, is portrayed as a very open, caring, and woke person, in many scenes she is the victim of the male gaze. In addition to that, her disabled brother Warren is also a victim of mean and disrespectful jokes, today, no one would laugh about. Cameron Diaz, Ben Stiller, and Matt Dillon really embody lowbrow comedy from a 2021-perspective here.
‍

Starring Drew Barrymore, this film from 1999 is about a young reporter who has to enroll in high school as part of a research story. With pretending to be underage, instead of 22, the young girl relives some crucial highschool experiences, including her first kiss. The love story develops between Josie the reporter and (of course some pedophilic) bachelor teacher, whose outrage about the reporter’s real age is totally justified. NOT! The question here isn’t if it’s worth sacrificing your career for true love, but why a first kiss is so damn important and why it is okay for a teacher to date his student?

The name of the movie is absurd and so is the story: Benjamin, played by Matthew McConaughey is an advertising executive competing with two female co-workers for a major campaign for a diamond merchant. He cuts a deal with his competitors that the account is his if he can make a woman fall in love with him in 10 days. There is Andie, played by Kate Hudson who, in turn, is writing a story on how to lose a guy in 10 days as a bet with her boss to be allowed to write more substantial stories. The comedy in which both parties try to complete their mission,posits that all women can easily be liars, devious, and experts at deceiving men. The men in this movie don’t get off easy, either. They are either total geeks, or illusory lotharios.

Jennifer Garner killed it in this classic romantic comedy from 2004, but the “mean girls” plot is well outdated. Women should support each other at work instead of playing off their female colleagues against each other. After Jenna’s birthday party, she wished to be 30 years old and be more accepted. Her dream came true when she became an editor at a popular fashion magazine. However, she became pathetic, and sad, and married her male best friend. This movie basically criticizes ambitious women who have chosen their career ‘over family’. Furthermore, it emphasizes that a successful career will make women miserable, encouraging women not to defy gender roles. In other words, women will be happier when being domestic and devoted. Like, What?!

One of the main characters of this 1995 movie Cher is a rich and the most popular girl at her highschool. She sees herself as the matchmaker, style queen, and make-over guru. She is the one who gives Thai, the new girl, a make-over, which includes many cringeful outfits, with uncomfortable heels, and questionable miniskirts. This process happens in hope of attracting the attention of a guy who (who would have guessed) turns out to be a dick. As much as feminists hate to love this movie, the status quo about young women is just wrong. Constantly seeking male validation and giving in to societal norms and beauty ideals seems completely off limits from today’s perspective. (Luckily, I guess)