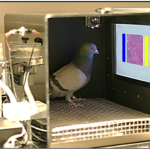 THE SECRET LIFE OF PIGEONS 

THE SECRET LIFE OF PIGEONS  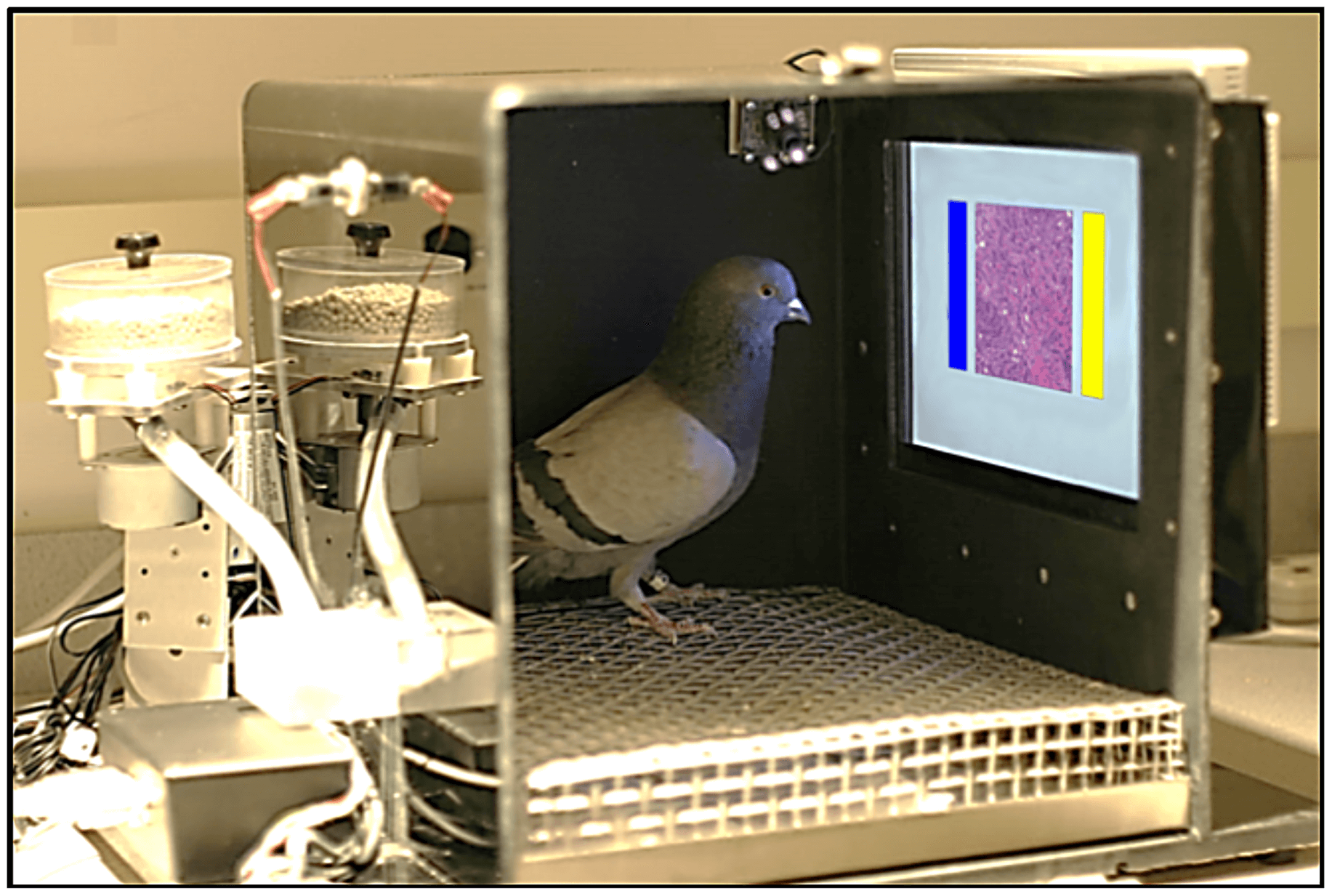 Meet your new oncologist: A soft round body, warm-blooded with no teeth. Sipping some water with a beak that functions like a straw. Wobbling off in a green-gray, purple coat carrying roughly 10.000 feathers. While in many myths and legends highly respected, pigeons are less welcome on cobblestone and asphalt. Pigeon comes from the Latin word ‘pipio’, meaning ‘young chirping bird’. 3000 years ago they were the first messengers, when they delivered a note with the winner of the Ancient Olympics. Humans have looked at pigeons as news carriers, spiritual symbols, sacrificial victims, pets and foods. The experimental psychology professor Edward Wasserman, from the University of Iowa, has been researching pigeon perception and neuroscience for decades. Along with other researchers, he reveals how these birds hold hidden abilities beyond our own. A brain the size of an index finger, what is it capable of?

A 2011 research presented at the Society for Experimental Biology Annual Conference in Glasgow, has already shown that untrained pigeons can use facial recognition to spot humans. Noticing emotions and even remembering ones characteristics despite the change of clothes. “The cognitive prowess of birds is now deemed to be ever closer to that of both human and non-human primates.” notes Wasserman. Pigeons grasping dimensions of time and space, which means they can have abstract thoughts.

With the project “Sea Hunt” in the late 1970, a team of the Navy figured that pigeons managed to pick out yellow and red swimming vests, detecting the color dots on a sinking boat. They could find people and objects lost out at sea. Unlike a human pair of eyes, their monocular vision with sideway eyes can even register ultraviolet light from a distance.

After reading Skinner´s work on behaviorism, Wasserman considered that pigeons may be capable of identifying diseased organs and bodies, detecting cancer and heart disease:  “Their visual memory capacity is equally impressive, with a proven recall of more than 1,800 images.” After training with food reinforcement, pigeons were able to spot breast cancer when differentiating between benign and malignant human histopathology. On mammograms, they could detect cancer-relevant microcalcifications with a “yes” and “no” field for diseased or not diseased. In the future, these feathery assistants and ´trained medical image observers´ could support researchers with approved clues.

This alternative approach may be useful for pathologists and radiologists to improve their chances to correctly identify diseases or risk factors from microscope images and slides. With the aim to refine the computer systems and diagnostic performance. How the pigeons read the X-rays remains a mystery yet. “Whether a bird, human, or computer, we’re all equally naive when it comes to recognizing the inside of a body.” Wasserman says.

Choosing to work with biological intelligence instead of AI – the scientists from the University of Birmingham also reached out to the pigeons. They developed tiny backpacks for them, that function as sensors, collecting climate data and tracking variations of temperature, light, wind and humidity. So they can register where air pollution is traveling through most. And while drones can´ t be sent too high, pigeons can fly everywhere. Attuned to their environment, they can recognize volcanoes and storms before meteorologists. Navigating home with a built in GPS – using the sun and magnetic fields to move through the air, picking signs and motorways as landmarks. With an internal sound map detecting low frequencies and infrasound. The two talons land in front of you.

Pigeon Research Images by Edward A. Wasserman/ University of Iowe