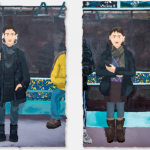 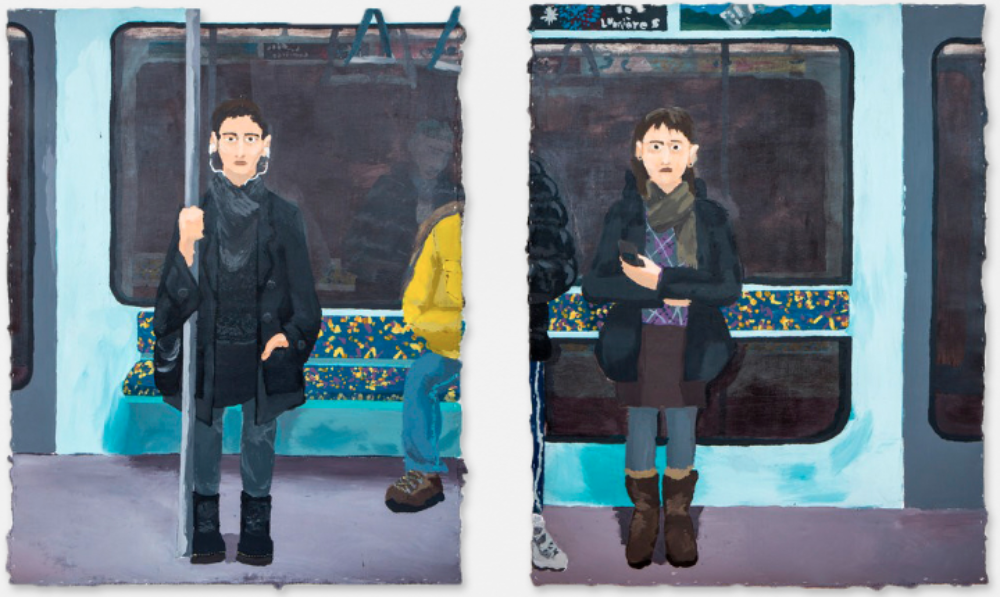 Today’s story revolves around a character that is friends with our protagonist Joy, who has been appearing in the recent story postings (e.g. The Prologue, Monkey Hair). Her life is very different from that of our main character. Ivan’s stuck inside a metaphorical bubble that she compares to our existence on Earth. She struggles with self-discovery and is yet to embrace her true identity.

What humans know is merely from inside a bubble. Just like the “Bubble Boy” movie from 2001. He lives his life inside a bubble, never feeling the need to escape until he does. Humans have the desire to escape Earth and find the meaning of the endless, make discoveries not known to others in the bubble. Whether it’s with science or spirituality, we’re trying to define the endless. Yet there is no way to escape the simplicity behind human thinking. How can we think like another being if we are not? We come up with things like ‘God’, saying he created everything including an endless universe. Pin everything on a being we can’t see. It’s the easiest way out. To claim that it all has a simple answer, from a simple book, written by simple humans, revolving around human existence on this simple planet. The bubble way of thinking that everything needs to start and end somewhere.

Ivan thought about this every morning before putting on her Sunday dress. She questioned everything she had ever known right before the Sunday service.

Growing up, Ivan didn’t know anything else for the longest time. Sunday School, Church Camp, Bible Study were all things preprogrammed into her life. “Don’t forget to say grace!” her mother would remind her before every meal.

She was convinced no one in her family was thinking the same way she was. No one was questioning life and existence. It all had meaning to them. To her brother, her two sisters, her father, and especially her mother, everything already made sense. But not for Ivan.

Ivan had always been the black sheep in her family. When she was 12, she insisted on renaming herself and not recognize the name, Alison. She felt Ivan fit more to her. It meant more to her being her late Grandfathers name.

Ivan never liked wearing dresses, especially not on Sunday when her mother would pick out the most colorful and puffiest ones from the bunch. She was so traditional in her ways, convinced no girl should ever wear pants to church. She barely even wore them in her free time either. Everyone would question whether pants were even existent in her closet. Ivan had many of her own. She would change into them the minute she had the opportunity to get out of those atrocious floral print nightmares.

“You’re not ready yet, Alison?” Ivan stood in front of the mirror in yet another horrendous gown unzipped in the back in protest. She looked at her mother in the mirror standing at the door in a full face of make-up, a matching blazer and skirt with her hair curled up at the end in perfect little spirals. Ivan rolled her eyes and refused to acknowledge her mother’s question.

“Oh, don’t put up such a hissy fit. I didn’t name you ‘Ivan’. That’s a boy’s name and you’re a girl. You’re my pretty girl” she said with a smile on her face while she zipped her up in the back, pushing her hair to one side so she could look in the mirror and see what her mother saw. She never did see that pretty girl.

Ivan stayed silent while her mother continued on her speech about refusing to call her daughter ‘a boy’s name’. It had been 5 years since she changed her name. Nobody calls her Alison anymore. No one except for her mother. She never obeyed her wishes.

“Why don’t you try some lipstick today?” Ivan looked at her mother like she just banged her head against the wall. Like she had a bad taste in her mouth that she couldn’t get out. “Let me get that pretty reddish color that would just look amazing on you!” As she left the room Ivan walked over to her door and closed it locking it right after.

She looked at herself in the mirror again feeling an itch all over her body that she just can’t get to stop. She scratched herself and rubbed her hands all over but it was no use. It was the stupid dress. It was so wrong on her she could practically feel her body rejecting it. Fuck it, get this horrible shit off my body, she thought as she immediately tried to unzip herself and forced the dress down past her hips hearing a slight rip that she didn’t care about.

Her mother came back wanting to open the door but surprised she couldn’t. “Alison, open this door right now,” she said frustrated after her numerous attempts of pushing the door open didn’t work. “Alison May Smith, you open this door this instance before I get your father involved in this!”

Ivan walked over to her speakers and pressed the power button, automatically connecting it to her phone. She shuffled her music and turned up the volume so loud it was hard to hear her mother’s yelling through the door.

This bubble existence we’re in is inevitably exhausting. People trying to push their own ideals and rules onto each other when it essentially doesn’t even matter in the big picture. If we barely matter in a Universe that is so much greater than Earth itself, why does it matter what we do? Who we love or what we look like? Look, I’m not saying life is meaningless. In fact, I think the meaning of life is life itself. Living it the way that feels the most right to you. Can’t say the same for my family. They definitely don’t see what I see. They’re stuck in their own bubble. As long as that’s what makes them happy how can I be mad at them for it? I just see things a little differently.

As Ivan wrote these thoughts into her journal after climbing out the window and catching the bus at the corner of the street, she thought about how different her life would be if her family accepted her for who she is. Like her best friend Joy’s mother. Always supporting her in all of her endeavors. What it would feel like to have a family standing behind you and supporting you in everything you decide to do. Even if that includes skipping church and burning all the dresses in her closet. Burning might be a bit dramatic. Let’s say giving all the dresses to charity. And even if that includes taking the name and the pronoun she prefers. Because essentially there is no she, there’s only he, and he doesn’t want to hide any longer.

Today’s artist is Mexico City native Manuel Solano. Manuel’s work caught my eye instantly. The raw and expressive nature of the pieces felt just right for this story. Manuel has experienced a fair share of turmoil in life. “Early in 2014 I became blind as a result of an HIV-related infection. Before going blind, I was one of the best painters I could think of, certainly the best one I personally knew. Now, I’m not so sure. My work is still very much, however, referential and intimate; queer and nostalgic; silly and provocative; exuberant and engaging. But don’t take my word for it. Do have a look. Thank you.” (source: manuel-solano.com/info) I admire Solano’s strength in the battle with illness and praise Solano for the continuation of these amazing art pieces that I’m honored to share with you today.

Check out the rest of Manuel’s versatile works here: http://www.manuel-solano.com/artworks