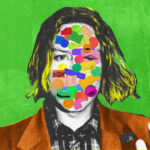 Sit In On Friday – Brother Leo

Sit In On Friday – Brother Leo

Accompanying you into the weekend this Friday is Brother Leo. He’s a born and raised Swedish artist, songwriter, and producer. We came across this young artist through his latest music video for his song “People” – a video full of dark humor and an interesting observation of humanity. Here, Brother Leo stars as a Jesus of the 21st century, observing the behaviour of the people around him. It’s a story about modern society and it’s weird unwritten rules.

Besides this, Brother Leo is currently finalizing his upcoming album, and also writes for a couple of other artists in his spare time. For today’s Sit In On Friday Session, he took some of his precious time and recorded an acoustic performance of his song “People” for us:

Back in 2018, you introduced yourself to the world with “Strangers On An Island”. Do you still feel like a stranger? What has changed for you since then?

Yee I’ll probably always feel a bit like a stranger haha. Not much really, still doing what I did before but I guess more people now know who I am and are listening to my music which is a bit surreal to be honest.

You have been and will be releasing more singles this year, and your debut album is coming next year. How did you experience working during the pandemic? Did it nourish or dry out your creativity?

Mostly it nourished my creativity.. I’ve been able to properly lock myself in with not a lot of other stuff screaming for my attention, which has been nice in a way. Also I’d say it made me take a step back and ask myself a lot of those big questions.

You’re based between London and Stockholm. Right? Which city has the bigger impact on your music?

Yee that’s right, even though I’ve been a lot more in Sthlm since the pandemic kicked in.

It’s so hard to say, I think my initial way of writing and making music is pretty Swedish but the last couple of years I’ve definitely been influenced more and more by London and the people I’ve worked with there, musically but also creatively in general I’d say.

Your upcoming album has some great production collaborations, such as Fred Gibson (Stormzy), Steve Mac (Ed Sheeran), and Björn Yttling (Lykke Li). Which musician/artist would you love to collaborate with (dead or alive).

There’s so many great artists out there that truly inspire me, but Robyn is definitely one of them.

Your latest single “People” is probably the funniest critical view on humanity. What is your favorite and least likable trait of people?

Unselfish acts of kindness, when there’s no obvious benefits to be gained… helping a stranger you’re never gonna see again.

Least likeable would be the exact opposite I guess. Greed and selfishness to the extreme.

I guess we all have both sides of that coin which is probably what makes us human..

What inspired you to write this song? And how did you come up with the idea for the video?

I guess it came from just zooming out, watching myself, people and humanity in general… if you zoom out and look at us.. what we’re all doing, what most of us are aiming for and what a lot of us are capable of doing to get that.. it’s pretty sad but also hilarious in a way.. We all become clouded at times and seek happiness in unachievable places. We box ourselves in and follow the stream.. we get a job, a dog and get stuck in the race.. we live on social media and sometimes I think we forget what’s truly important and what truly would make us happy and fulfilled.. Then you meet that special person.. who immediately make you switch lenses and see the world in a completely different light.. which is pretty scary but also beautiful at the same time.

The idea for the video initially came from the director Chris Curtley after he heard the song. We wanted to make an observation about modern day society by plunging Jesus into the 21st century. A Jesus who’s not his normal messiah self, he’s been corrupted by society and is a fading light in a celebrity obsessed world.

I thought this was a funny but also a pretty dark way of expressing how the world fills our heads with idealistic values about fame and success, subsequently providing a blueprint on what is deemed a happy life and what is not.

At TITLE we focus on one’s True Identity. What does that mean to you? Would you say you’ve found it yet?

True identity for me means accepting and embracing whatever you find when you peel off all the layers of dirt & bullshit.

I’d say I’ve found it, at least what it means for me today.. in 5 years time it might be something totally different.. it’s a journey and my aim is to try and stay as true as possible and just follow that energy wherever it takes me.

What are you looking forward to in the near future?

My upcoming releases, to keep creating and to finally be able to go up on stage and meet the people that are supporting me and my music.