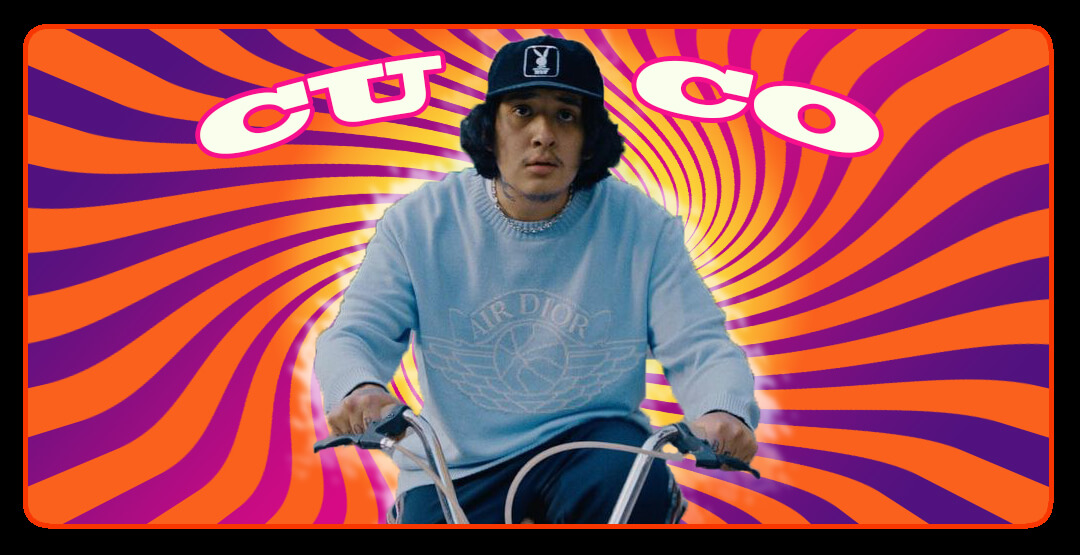 Sit In On Friday – Cuco

Sit In On Friday – Cuco

If you don’t know Cuco already I don’t know what ya’ll been up to? Anyway – Cuco is a Mexican-American artist from Los Angeles. He’s currently working on a new and experimental album. We are super excited, not only for this up-coming release, but also that Cuco is part of today’s Sit In Session.

For our IGTV. Cuco recorded an acoustic version of his latest release “Forevermore”. The keywords here are romantic, dreamy, and nostalgic. Cuco is setting the perfect mood for sunset dinners with friends or a date-night at the beach. Besides this amazing session, we also had the chance to interview this young genius from LA. We talked about the meaning of the name “Cuco”, how he got into music and what it means to him to create and inspire.

If you aren’t a fan already, you will become now. Enjoy!

Is it correct that the name ‘Cuco’ is the Spanish equivalent to ‘boogeyman’ or ‘ghost monster’? Why did you decide on this stage name and didn’t stick to Omar Banos?

It is the equivalent in some parts of Hispanic culture, but I chose Cuco because my mom would always say I was “coocoo”, like crazy and my grandpa spoke Spanish and called me “Cuco”, and I stuck with it because it’s a childhood name.

How did you experience growing up in a relatively small town like Hawthorne, California? Which impact did it have on your musical taste and style?

It was really nice growing up in the area that I grew up in because it was always pretty nice and sunny. I think it definitely helped shape how I perceived a lot of things about being able to live out in Inglewood, right next to Hawthorne. Just being able to grow up in such an area, where there were a lot of kids like me. It was nice growing up where I did because it was always a sunny city and a good community presence was always there.

How have your Immigrant Mexican parents influenced your career? Was your access to music any different with them?

When my dad came here he was into a lot of 80’s music which I don’t know if they listened to in Mexico so that was one of the things he put me on to.

What is your first memory or experience of music?

Hanging out with grandpa and always listening to old Mexican romantic music.

Why did you start making music ?

I started making music because I felt like it was a way for me to express ideas I always had in my head and finding out I was a creative when I first started playing guitar felt like it was always something I was meant to do.

How has the pandemic been for you so far? Did it have any effects on your work or your creativity?

The pandemic has been pretty good to me actually. I’ve been spending a lot of time at home with my girlfriend and my pets and it’s sparked a new source of creativity in my life.

Who or what inspires you?

Being able to impact positively to the community around me. And always being able to do good for other people always motivates me.

Which artists helped you find your style and how would you describe it?

I think definitely Pink Floyd, Tame Impala, Flatbush Zombies, people that were able to produce their own music and make such crazy music. But I think on my end I was really able to tie into this nostalgic feeling that music gave me. I felt like locking into that was pretty crucial to me, because I was able to create different melodies and different chords.

You include both languages, English and Spanish, into your songs – to which do you feel most connected?

I think I definitely connect most to English because I grew up speaking English. But there is a lot of romanticism and heartfeltness in the Spanish language that I think translates a lot better than it does in English.

The majority of your songs seem to focus on love and are quite dreamy – how much of your personal experiences and inner life reflect in your lyrics?

I think my personal life reflects pretty well. I think sometimes, obviously being in love is something I feel very heavy right now, but also I think dreaminess is in the instrumentalism and kind of helps give a feeling of nostalgia, which is something I felt whenever I listened to music and what I like feeling every day. Not nostalgia, but more like, I listen to music everyday and I always like feeling that when I listen to music.

At TITLE Mag we focus on staying true to yourself, your work, and art. Would you say you have found your True Identity yet? If yes, how would you describe it?

I think I have found my true identity. I think every day I find something new about my identity. I think I’m someone who likes to grow and always learn new things and be cultured and educated in all sorts of things that interest me. I think that’s what can separate me as an individual. True Identity means to me being able to figure out what you’re going to leave behind for generations to come and what your legacy is.