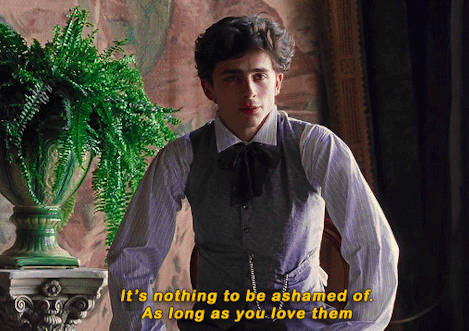 „Christmas won’t be Christmas without any presents” – that’s the first sentence of “Little Women” and I didn’t know that Christmas comes so early this year as “Little Women” might be one of the greatest gifts in German cinemas this year. Deep-rooted in the 19th century and yet totally relevant in the here and now “Little Women” tells an universal and timeless story and tackles the question of the independence of women without any cynicism and is fully aware of the constant struggles that makes one of the protagonists “angry every day of my life”.

Well, life is never easy – but before, during and after the American Civil War life can get even tougher, especially when you are a girl. But the four portrayed sisters will all find their own ways to unique happiness, whether it’s finding their own creative voice, big love or delighting and teasing one another.

Director and screenwriter Greta Gerwig never underestimates the intelligence of her audience and shuffles the story chronologically without ever reducing it to a cinematic gimmick: Every decision feels naturally and adds more and more layer to the complex characters – we see their coming-of-age, their struggle with everydays life long before love blooms and tragedy hits hard. But as we almost always know more as the characters because the story zigzags between two periods in the lifes of the four sisters their fate has much more emotional impact.

Little Women feels like the movie equivalent of a warm ray of sunshine as well as an emotional rollercoaster. It’s a masterfully crafted movie with awesome production design, top-notch performances and as we previously pointed out it’s a shame that Greta Gerwig hasn’t been nominated as Best Director.

So, get your hankies ready: There will be tears. There will be laughter. And there will be joy. It doesn’t happen that often that a movie can overwhelm you and make you feel wholesome.

But when it happens we wonder why you are still staring at your screen and not already on your way to the cinema. We will wait for you here while you are having a blast <3