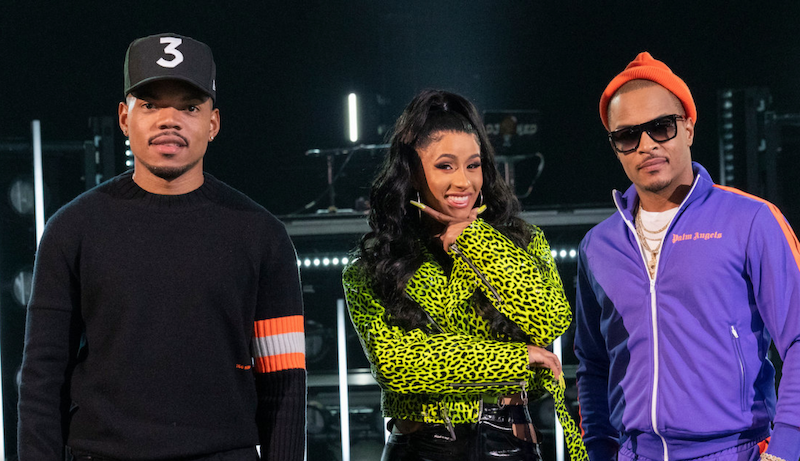 On October 9th, Netflix released a reality talent show called “Rhythm + Flow”. TV shows, Documentaries and now Hip Hop Talent shows, Netflix is doing it all. The judges on the show include Chance The Rapper, Cardi B and T.I. and the occasional guest judge which in episode one was Snoop Dogg. Due to the similarity in the premise of the show, “Rhythm + Flow” has been compared to X Factor, American Idol and The Voice. Some strongly disagree with those comparisons. Even though they are alike in concepts, a talent performs and either goes to the next round or is eliminated, the shows in my opinion differs from other talent shows. American Idol glorifies putting people down for something they thought they could do best and with the Team aspect in The Voice it becomes more of a competition between the judges than the talents. In “Rhythm + Flow” I actually felt like they were giving them constructive criticism even when they get eliminated.

Aside from all that the show also only focuses on rap. Every contestant that performs has at least a little bit of talent. No one is publicly shamed. What surprised me the most was Cardi B. I expected her to be what she is usually portrayed as somewhat comedic and almost even a joke. However, she surprised me. Cardi B in my opinion is a talented rapper and definitely knows how to sell herself as an entertainer. This is what she is looking for in the contestants. She’s searching for not only talent but also performance because in this day an age you can be talented but if you don’t know how to sell tickets you won’t be as successful as you deserve to be. For her and all the judges stage presence is very important. Chance is looking for a creative wordsmith with a smooth and natural flow. He mentioned that he is old school and appreciate real music and lyrics with meaning. I agree a lot with Chance. I see myself as somewhat old school as well and truly appreciate artists that stand out from the mainstream and reminds me of a time when lyrics and flow meant something. T.I. definitely also searches for a rapper with a solid flow and stage presence. I believe he also admires the contestants that can touch on what gangster rao used to portray. Being creative with how and when you punch in your bars and a solid sound. Not everyone is capable of having a good rap voice. It’s not just about what you’re saying but also how you deliver it.

All in all, I enjoyed the show. Even though like almost all reality show certain things were obviously scripted, I appreciated the raw feedback the judges gave. It seems like they’re actually trying to further artists. The show features talent scouting in each of the judges hometowns: New York for Cardi, Chicago for Chance and Atlanta for T.I. The first episode was in LA and featured rap OG Snoop as the hometown representative. The episode also included one of the most influential LA rappers today, the legend himself Nipsey Hussle, may he rest easy.