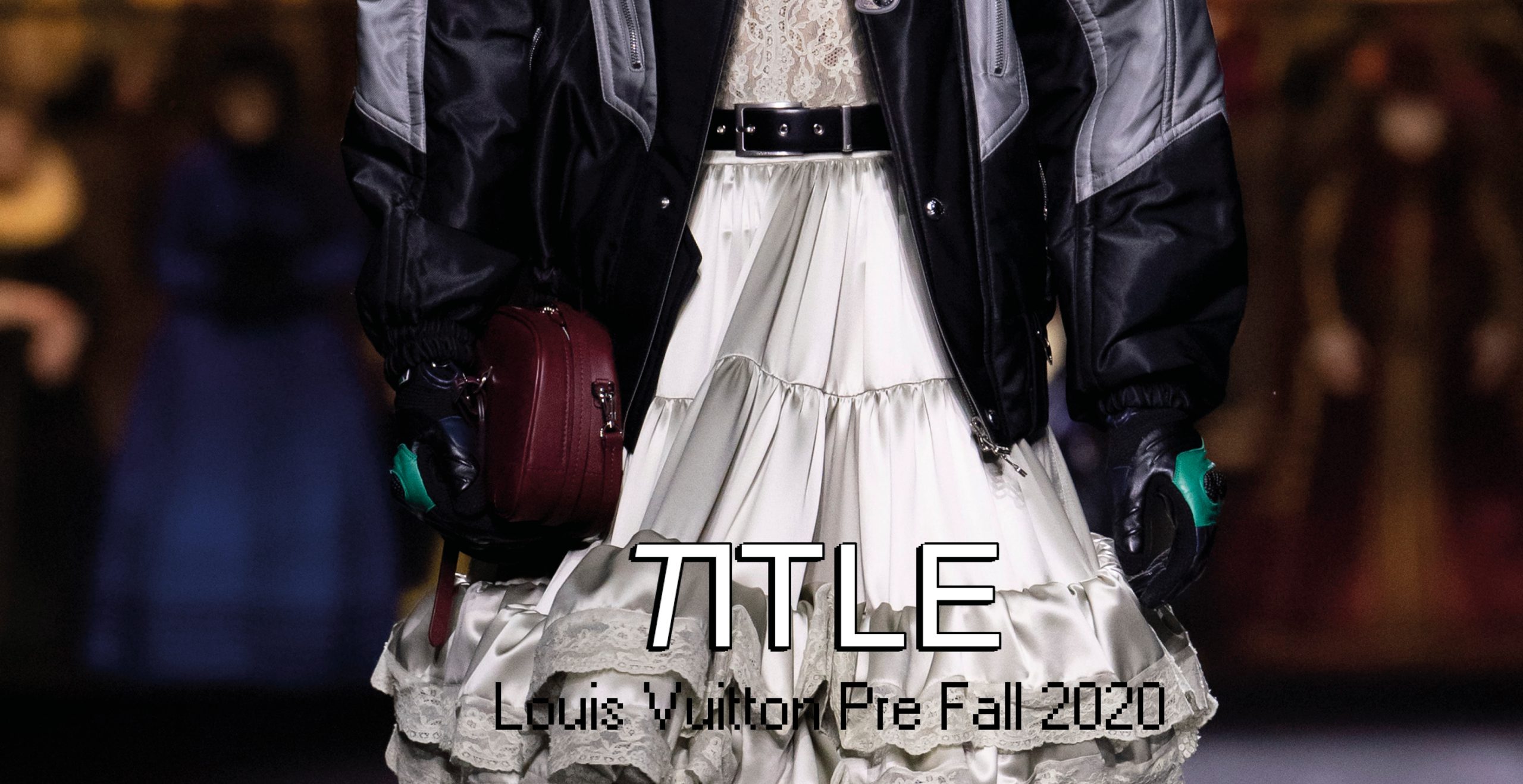 Louis Vuitton’s Pre-Fall collection that was shown last week at the Paris Fashion week in the Louvre is titled the Collision of Time and combines various eras of fashion seamlessly. Some of the silhouettes clearly take inspiration from Formula 1 wear and motocross outfits, while combining that with different elements. The looks are extremely pastiched and anachronistic, as they combine so many different periods of time together. Yet creative director Nicolas Ghesquière somehow still managed to make the collection a cohesive work of art. To the collection, he said: “In fashion, the notion of time is primordial. I wanted different eras to be confronted with another one, our own. All of these “pasts”, embodied by a gallery of personalities in period dress, converge in our present.” He goes on to say that the collection “recounts a living, perennial, stylistic clash”.

To create the looks, Louis Vuitton worked together with the costume designer Milena Canonero who notably worked on Stanley Kubrick’s films “A Clockwork Orange”, “Barry Lyndon” and “The Shining“, among other highly successful films. You can recognize the influence of a costume designer in the attention to detail of the period-specific pieces.

Nicolas Ghesquière has been the women’s creative director since 2019

Here are some of TITLE’s favorite looks: