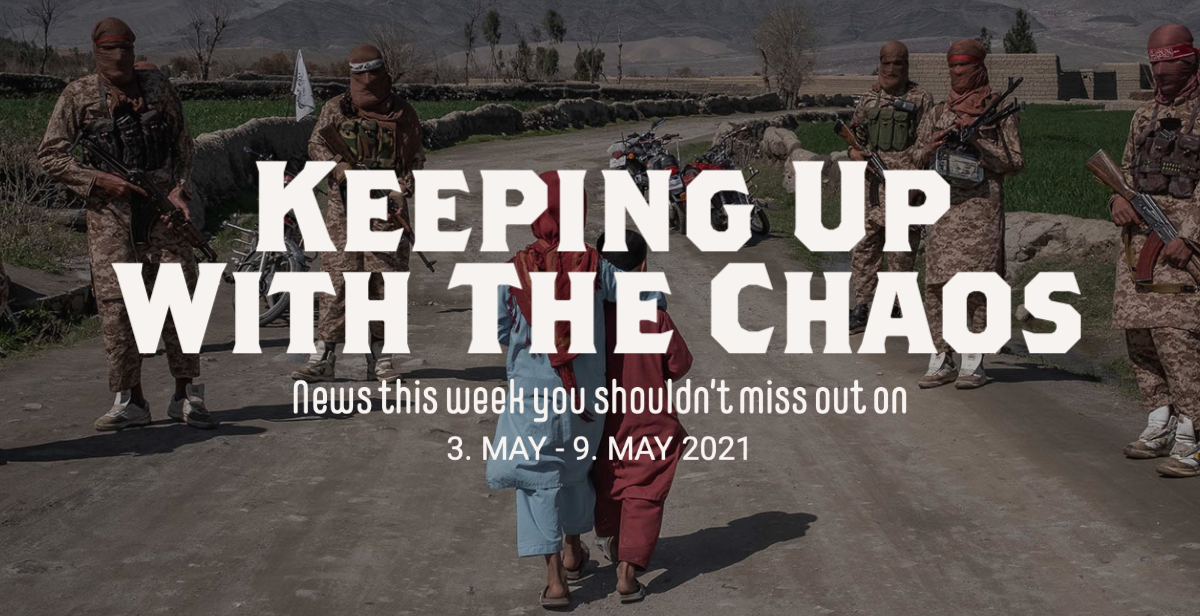 Demonstrations and Riots initially caused by opposition to an upcoming tax reform have now become a broad call against police brutality and the economic cost of the pandemic as well as Colombia’s extreme inequality, which exacerbated in the last months. Even though last Sunday President Iván Duque withdrew the draft law the situation deteriorated more and more. Since the protests have started over 800 people have been injured and more than 80 are reported missing. At least 24 people died and the police are held accountable for 11 of those deaths. The UN human rights office commented the increasing violence against protesters as “deeply alarming”.

Last Friday, over 45 boys and men died in a mass panic at the famous festival location Mount Meron, where they previously celebrated the Jewish holiday Lag B’Omer with more than 100,000 people. Eyewitnesses report that the horrible incident happened when the festival came to an end and more and more people streamed to the exit, suddenly being trapped in a heavily overcrowded pass. Over 150 people were seriously injured. A state controller reported that “this disaster could have been prevented”, especially since there have been two reports warning of major risks to people attending the festival. The Israeli government is investigating.

This weekend it has been 10 years since Osama Bin Laden, the former head of Al Qaeda, was killed by US special-operations forces. The US operation in Afghanistan is about to enter a new phase as President Joe Biden prepares to withdraw all US forces from the country by this September. Al Qaeda has now reacted to these plans by saying  that “the war with America will be continued (…), unless they are expelled from the rest of the Islamic world”. They seem to plan a comeback by partnering once again with the Taliban. It is very unclear how the Taliban will act since the group made a deal with the USA in 2020 that it would cut all ties with Al Qaeda, but this also isn’t known as trustworthy at all. It remains to be seen if the US troop drawdown is actually based on a scam, or maybe it’s all just Al Qaeda propaganda.

The NGOs “SOS Méditerrané” and “Alarm phone“ heavily criticised by the state authorities of Italia, Libya, and Malta, as well as the EU border agency Frontex, and triggered by a dramatic ship crash that happened last week near to the Libyan coast. Around 130 Refugees died while the NGOs reached out to the responsible governments and airplanes of Frontex that overfly the region in desperate need for support. But no ships were sent, nor was there assistance with coordinating the inflatable. Because of that, “SOS Méditerrané” arrived way too late at the shipwreck unable to rescue anyone.

The Hong Kong court has sentenced Joshua Wong, one of the most famous anti-government activists, and three others to between four and 10 months in prison for participating in the annual peaceful Virgil in remembrance of the anniversary of the bloody crushing of the democracy movement in China on June 4, 1989, in last summer. Thousands had gathered even though the police had prohibited the event claiming the risk of a coronavirus outbreak. The instruction that this ban is rather rooted in the increasing influence of China than an actual risk of infection now seems to be proven true, since this is the first time that prominent activists have been jailed over the citing of a peaceful event.