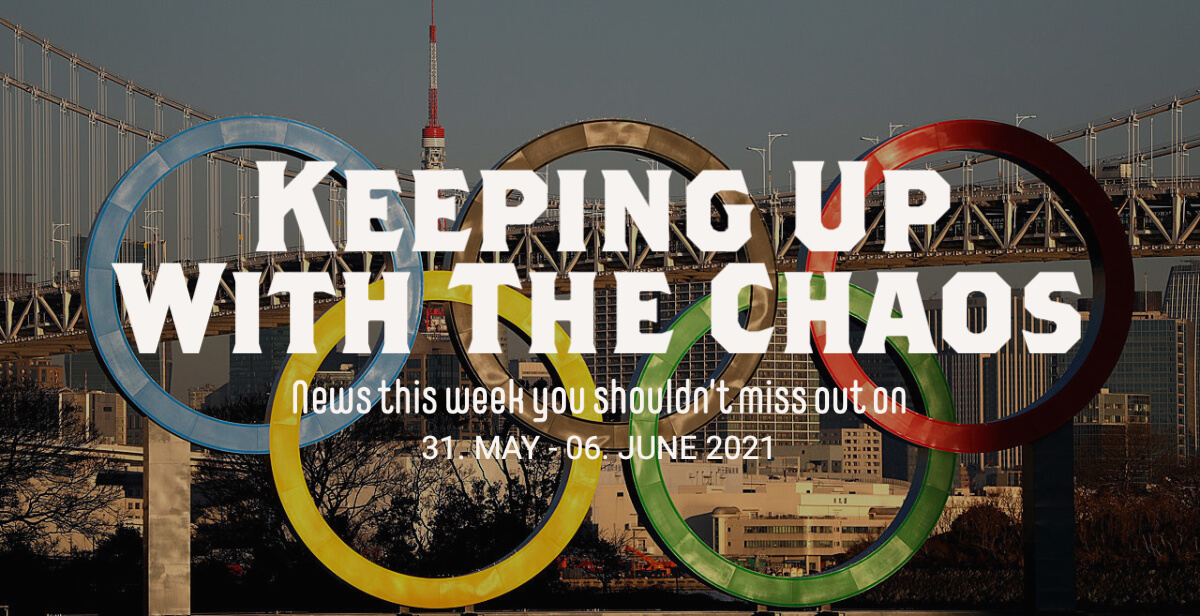 After the election in March, the oppositional leader Lapid has now announced to form an eight-party alliance that paves the way for the exit of Israel’s longest serving prime minister, Benjamin Netanyahu. The new government ​serves parties from the left-wing Meretz to Bennett’s right-wing Yamina party, all united by the goal to disempower Netanyahu.

With pressing issues such as how to keep the ceasefire with Hamas led militants in Gaza and rising tensions in East Jerusalem and the West Bank, it will be shown in no time if a coalition like that is capable of governance, or if its ideological divisions will make it too fragile and indecisive.

Can the nuclear deal with Iran still be saved? The Iranian side seems to be reluctant to enter into new negotiations, which is probably invoked by the upcoming elections in the country. In two weeks, Iran will elect a new president and since the incumbent President Hassan Ruhani can no longer run after two terms in office, a three-way battle between the reformers, conservatives, and hardliners is expected. It’s feared that Iran will become even more conservative and patriotic since the arch-conservative cleric Ebrahim Raeissis seems to be the fan favorite. If he actually wins it will really put the nuclear deal negotiations to the test since Raeissi has always been one of the harshest critics of the Vienna nuclear agreement made in 2015.

The demonstrations, riots, and violent clashes between protesters and the police that started rising on April 28th, seemingly entered a new phase since the government started to negotiate with the leaders of the anti-government movements. Thousands of Colombians took to the streets again on Wednesday amid a stalemate in talks. Last week the two sides reached a so-called pre-agreement, but the committee later accused the government of backtracking and the most recent talks on Tuesday ended without further advances.

Many protesters say that they are “willing to keep fighting” until the government will actually change something about the economical situation of the country, which deteriorated in the last year due to the pandemic. They demand, besides other things, a basic income, more opportunities for young people, and an end to police violence.

Officially, it’s still not completely sorted whether the “Tokyo 2020” Olympics will actually happen between July  23rd and August 8th this summer, but the Olympics president Seiko Hashimoto said that he is  “100% certain” that they will go ahead. A bold statement since only 3% of the Japanese population is vaccinated so far.  Japan’s borders are closed to foreigners, so no international fans could come to the games and Tokyo itself is still in a state of emergency. If that doesn’t change before the games starts then not even local fans could attend.

A recent poll in the leading Asahi Shimbun newspaper suggested more than 80% of the population want the Games either cancelled or postponed, but the Japanese government knows that if they were to break the contract and cancel, the risks and losses would fall on their side, so they are willing to do a lot to make the Olympics happen.

Two weeks ago, the capital of the country, Goma, narrowly escaped a humanitarian catastrophe when the lava streams caused by an unexpected eruption of the volcano “Mount Nyiragongo” came to a standstill only on the outskirts of the city. But still, six-hundred homes around Goma have been destroyed leaving thousands of families homeless. Now around 8,000 people have crossed into Rwanda from the Democratic Republic of Congo (DRC) to seek refuge, said  Rwanda’s Emergency Management Ministry. Some returned back only a day or few later to outburned and collapsed suburbs. According to the United Nations Children’s Fund (UNICEF), hundreds of children are feared missing or were separated from their families in the resulting chaos and it is unclear how the situation will evolve in the next weeks.