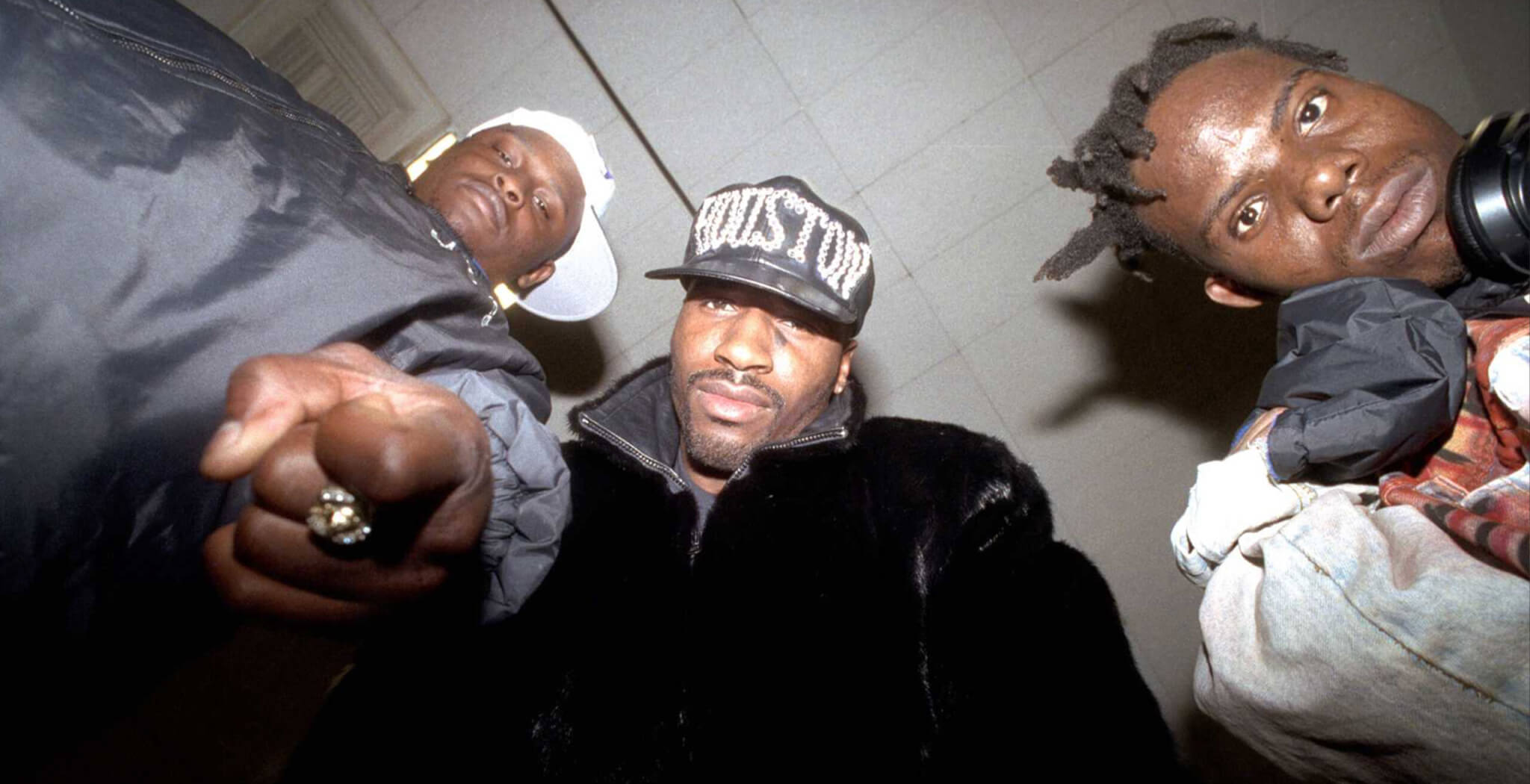 “I sit alone in my four-cornered room

Oh that shit is on?

The image of rap is bad and in the last decades it was even worse. It was a window into a world filed with social injustice, profanity, violence and everything parents tend to keep their kids away from. Something that people saw a as an affront to the high arts or to lyric in general.

Let’s say it in appropriate words:

Ice Cube would fuck up Theodor Fontane. Not talking about a one on one fight here, but by the use of words and the significance his words have on people. While every lyricist we meet in school like Goethe or Schiller was a product of his times, no rap artist can say he is not influenced by his surroundings and because it’s not only them living that kind of life they appeal to listeners sharing their experience.

Poets like John Wolfgang von Goethe (“The Sorrows of Young Werther“), Arthur Schnitzler (“Lieutenant Gustl“) or Georg Büchner (“Woyzeck“) are perfect examples of literary works portraying individuals dealing with depression, thoughts of suicide and other unbearable problems. People felt so connected to the mind of “Young Werther“ that they also decided to commit suicide after the book was released. Experts in the field of psychology call this the “The Werther-Effect“.

But while rap music is demonized and deemed the downfall of culture, the aforementioned works of literature are taught in school, even though they deal with the same topics of mental problems just as rap does – But coming from a different perspective.

You might be familiar with the term of PTSD (Post-Traumatic Stress Disorder), a mental and behavioral disorder that develops because of exposure to traumatic events such as domestic violence, sexual assault, warfare, etc. The reasons for PTSD read like a check up list for 80s and 90s gangsta rap.  But as rap – just as the whole world – is dominated by toxic masculinity, it has always been a very rare find if a rapper, especially a gangsta rapper, talked about his feelings.

A big exception is one of my favorite rap songs of all time: “Mind Playing Tricks on Me“ by Texas-bred group Geto Boys. They released their first single in 1986 and it was their third album “We Can’t Be Stopped“ that included their first No.1 single – the aforementioned “Mind is Playing Tricks on me“. The band has always been know for including controversial topics into their lyrics, which by looking at the members itself (Scarface, Willie D and Bushwick Bill) is no far reach.

The now iconic cover of their third album almost never happened because on June 19th, 1991 Bushwick Bill almost died. Some sources say that it was him who shot himself in his eye, others say that he talked his then girlfriend into ending his life. Bushwick Bill was born with dwarfism and at that time under the influence when the shooting happened.

The band’s manager and head of Rap-a-lot Records, J.Prince, immediately called the other two band members to come to the hospital where Bushwick Bill was treated and get a group photo before he dies. Bushwick Bill survived and the photo they took said more than a thousand words could say.

Talking about words. Let the lyrics speak for themselves. This is a song that means a lot to me and you really have to listen to it instead of just reading the lyrics. Trust me.

The song consists of four parts with Scarface doing the first and third (in my opinion some of the saddest and realest lyrics I’ve ever heard), Willie D. going in second and Bushwick Bill doing the fourth part.

I will go into each part and highlight what in my opinion are the lyrics that combine pain, paranoia and sadness in a way rap did not do it before.

“At night I can’t sleep, I toss and turn

Candle sticks in the dark, visions of bodies being burned

I’m paranoid, sleeping with my finger on the trigger

I start sweatin’, and blood starts comin’ out my nose“

Scarface sets the mood. He is already plagued by nightmares and paranoia.

In his next part he will let us know what the reasons are.

Everybody know me, it’s like I’m a movie star

But late at night, something ain’t right

Is it that fool that I ran off the block

Or is it the one I beat for five thousand dollars

I got my hand on the motherfucking trigger

What I saw’ll make your ass start giggling

While Willie D. seems to live a lavish lifestyle including money, fame and cars, he can’t relax anymore. He has to keep up a facade. Something that people plagued by depression often try by any means – Showing everybody that you are fine on the outside, while you are burning up on the inside.

I feel like I’m the one that’s doing dope

Every sunday morning I’m in service

And trying to find an exit out of the business“

Scarface is tired of his surroundings and his lifestyle. His life of being on the look out not only for the law but also for rivals in the criminal business is taking its toll.

“I know the lord is looking at me

I often drift while I drive

Bang and get it over with

And then I’m worry-free, but that’s bullshit

I got a little boy to look after

And if I died then my child would be a bastard“

Not even religion does the trick anymore and the only thing that keeps him from ending his life is the thought of his child growing up without a father. As a teenager Scarface attempted suicide and spend some time in a psychiatric ward. Experiences that surely play into the theme of this song.

“I had a woman down with me

She helped me out in this shit

Now she’s back with her mother

Now I’m realizing that I love her

My mind is playing tricks on me“

This part always gets to me. How Scarface after talking about how his “business“ affects his mental state he switches to the story about the woman that was “down with him“.

Maybe his girl could have been his savior, but his paranoid behavior drove her away. Scarface knows that the last person standing by his side is gone now and won’t return, even though he is realizing that he loves her. A line that a lot of people can relate to. One of the saddest lines ever written.

“This year halloween fell on a weekend

Me and Geto Boys are trick-or-treating

Till an old man got behind our ass

He was going down, we figured

But this was no ordinary n****

He stood about six or seven feet

So we triple-teamed on him

Dropping them motherfuckin b’s on him

The more I swung the more blood flew

It wasn’t even close to halloween

It was dark as fuck on the streets

My hands were all bloody from punching on the concrete

My mind is playing tricks on me“

We already talked about how Bushwick Bill almost died after a suicide attempt. His lyrics tell the story of him chasing a man and beating him down. He finds a violent outlet for his pain, anger, fear and hate until he realizes that he is all by himself. There is no problem to be solved by violence, the problems are inside of him – problems injected by his surroundings and the society he has to live in.

While there is no public disclaimer in this song telling you to get help when you are plagued by depression, “Mind Playing Tricks on Me“ is on of the first gangsta rap songs that did not glorify ganglife, but openly addressed the mental health problems that accompany that lifestyle.

I don’t know if the Geto Boys had the intention of making a “mental health anthem“, but they surely opened a door not just for the viewer to get a glimpse into their world, but for them to let their feelings out. You can feel it in every line and I think a lot of people can relate to it. Maybe even more than to an old book by Goethe you read in school.

Today it seems much easier to talk about your mental state and I advise anybody to do so. I for sure know that it was a 1990’s gangsta rap classic by three men named Scarface, Willie D. and Bushwick Bill that helped me realize that a lot of years ago.

Whenever you feel down, please remember that there are people who will listen to you.

Stay safe and well my friends!