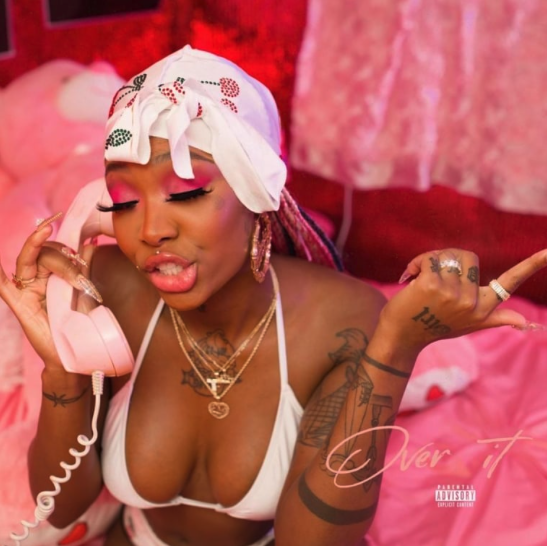 Album Review: Summer Walker’s ”Over It”

Album Review: Summer Walker’s ”Over It”

Atlanta rapper, singer, songwriter Summer Walker released a lengthy album in early October of 2019. This album is truly amazing. I’ve been wanting to listen to her music for a while now and decided to use this album as an opportunity to check her out. I’m glad I did. Summer Walker’s old school yet post R&B style is making waves in the music industry like no other. Her album has even managed to be the most streamed R&B album by a female artist surpassing Beyonce’s Lemonade. The 18 song album includes many features I was happy to hear. Bryson Tiller, Jhene Aiko, 6LACK, PartyNextDoor, A Boogie wit da Hoodie and Usher all made an appearance including Drake in the remix version of “Girls Need Love”.

Her album consists of songs mostly about love, love lost or sex with today’s Generation Z making it very easy to relate to. In her first song of the album “Over It” she sings about needing someone that can handle her, guys that need to get a grip and keep it real with her. Essential something we all desire these days. “Playing Games” with and without the Bryson Tiller feature is also one that caught my attention and for sure a fan favorite. It consists of a “Say My Name” remix in the chorus and talks about what the old school RnB song addressed too: being appreciated. She talks about how she doesn’t ask for much just recognition and attention that she deserves. In this age of “situationships” and “friends with benefits” love is often lost and underappreciated. It’s hard to find something real to hold on to whether it’s an actual relationship or even just a trusty companion. This is the topic Summer Walker chose for this album and I believe she executed it perfectly. She may not be the first to have done this but she definitely put her own twist on it making her stand out of the crowd. My album favorites also include “Body” at the top of my list with a sample from the RnB group 702, “Come Thru” featuring Usher giving me a hardcore 2000s throwback vibe, “Drunk Dialing…LODT” where she simuates a drunk dial half way through the song and the raw emotion in “Anna Mae” had me nostalgic. I also loved her Jhene Aiko featured song and A Boogie wit da Hoodie surprised me with his feature. It’s hard to choose just one or two songs I enjoyed because I was bumping the whole album from top to bottom. It’s the perfect album to just keep playing when you just want some good music post RnB to be playing.