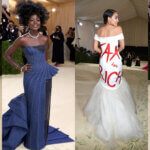 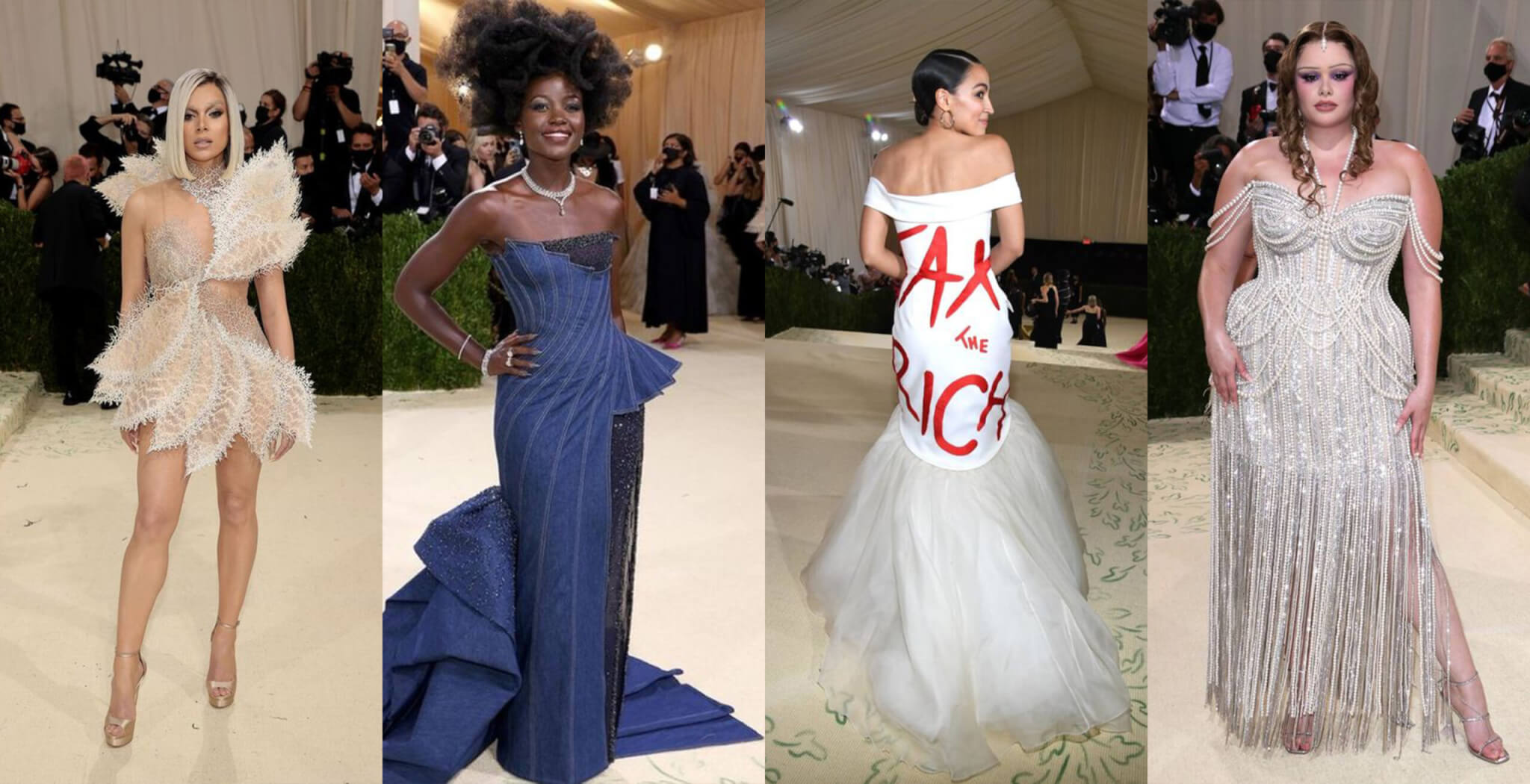 Every year, the Metropolitan Museum of Art’s Costume Institute holds a fundraising Gala event that is the fashion equivalent of the Oscars. Celebrities of all kinds get together to show off their glamorous outfits at a sanctioned event for the elite. Though us regular folk cannot attend, we still indulge ourselves in the outfits presented to the public that night. With a new theme every year, the Met Gala manages to have everyone show up in something outrageously extravagant. This year’s theme was American Fashion/American Independence. Here are a few of Title’s favorite Met Gala looks.

To begin, of course, Lil Nas X’s legendary three-fit reveal took our breath away. In his golden Versace reveals, he paid homage to several pop diva moments including Rihanna and Beyonce.

Next we have Billie Eilish, who showed out in an Oscar de la Renta dress bringing us right back to old Hollywood.

Congresswoman Alexandria Ocasio-Cortez flaunted her ‘Tax The Rich’ dress on the Met carpet, which was designed by Aurora James.

Barbie Ferreira made an entrance in a pearl-encrusted off-the-shoulder dress by Jonathan Simkhai.

Yara Shahidi gave us a Josephine Baker inspired Dior look with a trained veil on the back.

Fashion killa Rihanna did not disappoint in her Balenciaga black hood, critiquing couture through her ode to the Black community, who have often been criticized for wearing black hoods.

Frank Ocean brought his friend robotic baby Cody to the Met Gala carpet, while he himself was wearing a black Prada jacket. The connection between Cody and the Met theme is unclear but a popular theory is that it’s in relation to his jewelry brand Homer and their new collaboration with Prada.

Hailee Steinfeld came in Iris van Herpen, a designer whose garments were also featured on the cover of Title’s most recent Zine drop “TITLE(D)”.

Lorde was wearing a two piece designed by New York based brand Bode and it is rumored to be an upcycled and sustainable fit as well.

Amandla Stenberg wore American classic Thom Browne in her tribute to Black culture. She also styled her hair into a durag!

Last but not least, Indya Moore came in a black and white Saint Laurent look.

Indya later also stated she will not be attending the Met Gala any longer. She addressed the protests that were going on outside and the injustice this event is showing. While we enjoy these Met Gala Moments, it is important to remember that we are still in a pandemic and people are dying, not everyone can just forget about that and attend a Gala where tickets go for 35,000$ a piece. Feel free to read her whole statement in the Instagram post below.