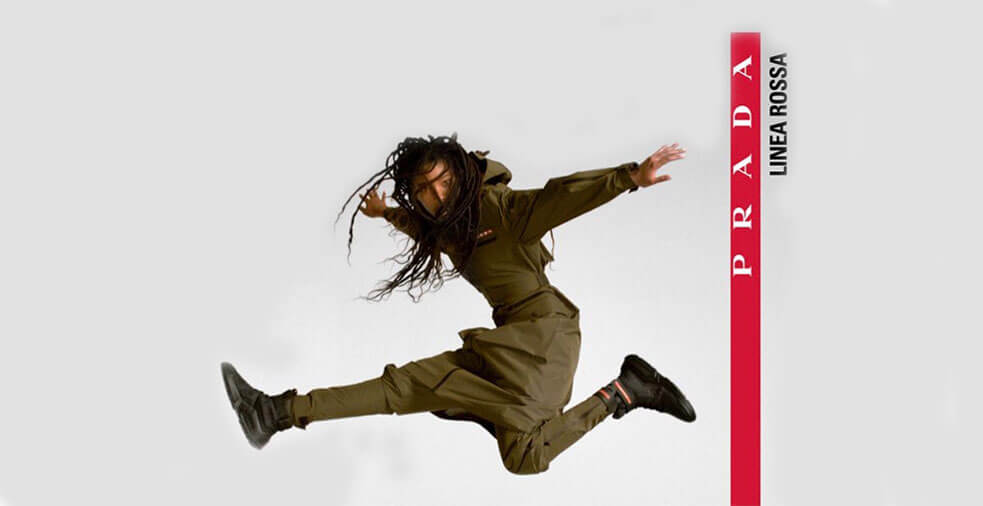 Many may only know Willow Smith as Will and Jada Smith’s daughter, or as the girl that did that hair flipping song (still a banger), but there is a lot more to know about the 19 year old. First of all, she was blessed with a beautiful voice. I recommend everybody to close their eyes and listen to this freestyle she performed when she was only 13.

For her young age she’s done a lot. She’s starred in seven movies and released three studio albums. Smith’s involvement in the fashion world is also big. Last year she was the face of Margiela’s fragrance ‘Mutiny’ alongside Princess Nokia and many others.

Last week she took to the busy London Underground to launch Prada’s AW19 collection, Linea Rossa. People who were conveniently passing by on their way to work were able to witness her performing some songs.

The location at which Willow was busking, was the entrance to Tottenham Court Road, a station on London’s Central Line, which is the main artery of the city’s Tube network and goes straight through the heart of London. “Linea Rossa: A Line Through” is what the collection is called, and to Prada, the Central Line symbolizes “London’s own Linea Rossa”. On the subway map, it is also marked red, just like the Prada emblem.

The AW19 collection is meant to be “engineered for modern living,” premiered at the Prada Men’s and Women’s runway show in Milan this January and is characterized by streamlined, forward-thinking fabrics and contemporary silhouettes, all featuring that signature red Linea Rossa emblem.

For their next collection, I hope Prada decides to bring Willow Smith to my closest metro station next, it would definitely make my commute to work a lot more joyous.