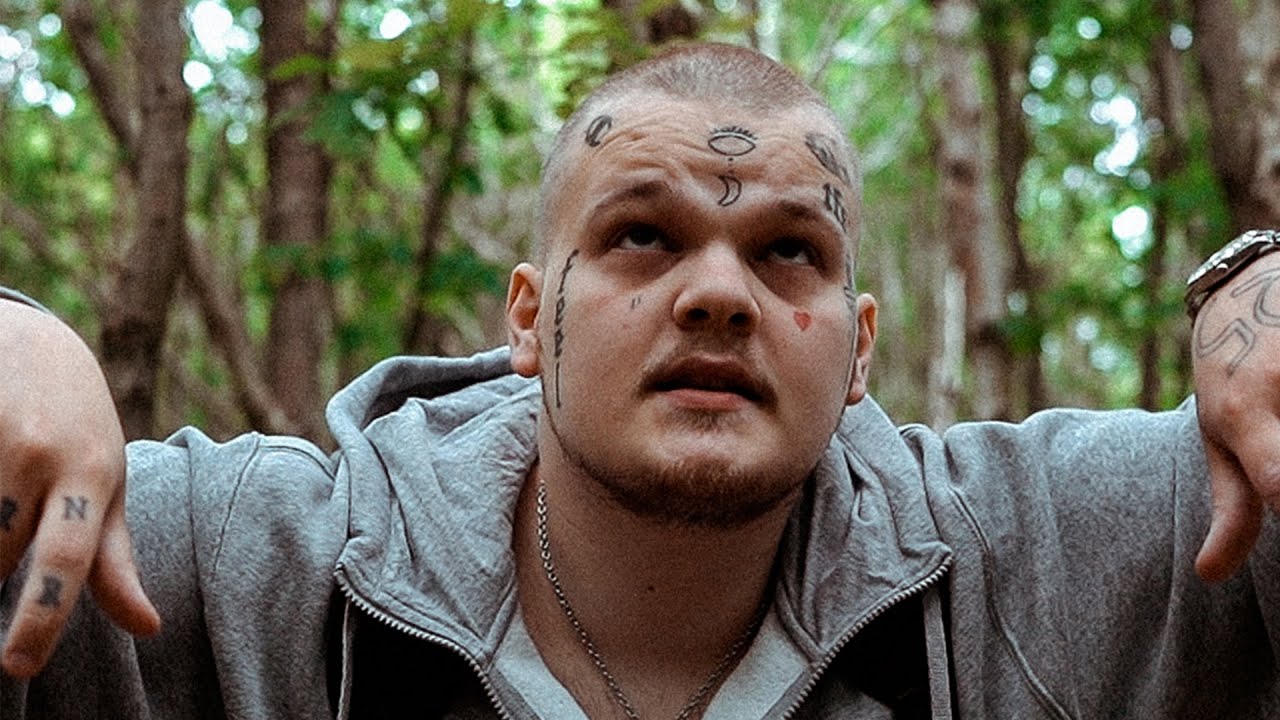 “I will take everything as it comes” – Sierra Kidd on his Mindset, Honesty and Successes

“I will take everything as it comes” – Sierra Kidd on his Mindset, Honesty and Successes

Sierra Kidd is a name that has long been an integral part of German rap. He released his first single Kopfvilla when he was just 16 years old and got off to a flying start. In 2020, the artist and label boss released his album 600 Tage, which is one of the strongest releases from last year. Shortly before the turn of the year, he announced his new album NAOSO and gave a first glimpse of the new project with the single Money Machen. I connected with Sierra Kidd to talk about his mindset, young artists and honesty in music.

Listening to “600 Days”, you seem to have come to terms with some things in the last year, and there is more hope and self-confidence in your music. This process is felt throughout your entire discography. Have you arrived with your State Of Mind and your art where you wanted to be on R.I.P. for example?

Phew, the State of Mind is a difficult thing. I’ve definitely come further than I thought, but I’m still very much at the beginning. I still have a long way to go and I hope that at some point I will be able to say that I am completely at peace with myself.

But at the moment I’m just not. I have the feeling that the more I work on my trauma, the more I uncover what went wrong in my past. So it’s probably a healing process. Even though I am very down, suffering from depression and probably in the worst phase of my life, I have to say that I can be proud of how far I have come.

The song “Big Boi” is one of the most honest songs you have ever released. Besides the music video, you also shot a short documentary to give the song even more background. Are you sometimes afraid of being too honest because it might make you look weak and vulnerable in the eyes of some people in this whole “rap cosmos”?

I don’t see this weak and vulnerable thing at all. I think a lot of people see me as a victim or as weak because it’s normal in the culture to act more crass than you actually are. With me it’s exactly the opposite. I’m not always the victim, I’m not always fucked up and I’m not always down, even though it’s often like that. I also have good sides that others would perceive as strong.

For me, music is therapy and processing. That’s why I deal with a lot of things that I couldn’t deal with any other way. Even in numbers like Money Machen, where a lot of people on the outside would think it’s all about flex or being crass. If you really listen, you understand I’ve been betrayed and that’s my way of fighting it and standing up. I think that’s much stronger than someone who pretends to be more crass than they are, isn’t it?

As a big brother of 6 siblings, you had a lot of responsibility for your family at a young age, especially because your mother is a single parent. What did your mother give you when you moved to Berlin to make music and to what extent does this role of big brother accompany you in the things you do?

When I see people I like and find likeable, I write to them directly if I have a problem. Also, if I see any influencers and realise they have problems, I write directly that I’ve been through the same thing and that maybe I can help. I always try to help people, even other musicians or people who don’t have anything. You can see it in the people I work with. I almost only have features with artists who are very small.

It’s rare that I do a big feature with Fler or Genetikk. I much prefer to work with people like Felikz and Jalle. These are people who have a lot less and I support them because I wish someone had done that for me back then. I know what it’s like to be on the other side. My mother always gave me this: I should never forget where I come from and I should observe the people around me, analyse them and see that I soak it all up like a sponge and learn from it.

In the Big Boi documentary you also say that you are an addict. Besides the negative things you owe to this character trait, are there also positive aspects that have brought you to where you are today?

It’s true that I’m an addict. My mum always said that everything I do, I do extremely. For example, when I do sport, I do sport until I can’t do it any more. It’s like that with everything. When I make music, I have phases where I make a whole album in a fortnight and then I don’t do anything for two months.

I had to fight hard to make it not so strong anymore, because this addictive person thing is a glaring problem. Of course it helped me in music to deliver a lot of output, but in the end it’s never healthy. Except maybe in sport, it’s the only thing where it does you any good. I had to moderate myself badly and I’m getting better and better at it, meanwhile I’m not so bad any more. It used to be much harder in terms of addiction, but now I’m no longer addicted to anything or I don’t notice it. Except maybe video games, but that’s another story.

With Edo Saiya, Cherriimoya and the producer Consent2k, you have three young artists on your label TFS. In your early days, you were signed to Raf Camora’s label “Indipendenza”. What did you take away from RAF in terms of artist development? What do you do differently today?

I took a lot from Raf that I only realised later. When I was with him, I never understood how much he gave me. I only realised that when I was away from him and did my own thing. Especially things that I should have put into practice back then, like that you have to look after yourself, always do sport and always keep your head together. Also, handing off work that you don’t want to do yourself in order to be the best at things you want to do. Raf was, in retrospect, a mentor and, of course, a teacher.

“Fucksleep – It’s Always Higher” – Cherriimoya has managed to generate 500,000 monthly listeners with just one song released. Edo Saiya has had an insane output in the last two years. What direction do you want TFS to take in the future? Do you have concrete goals like new artists or more joint output?

I would never have thought that it would come to this. I never thought Cherriimoya would make 24 million streams with her first song before the video came out. I never thought that Edo Saiya would break a million monthly listeners on Spotify and go top ten twice in the same year. Now he’s already coming out with a new album and the shows are sold out in thousands of venues. These are things I’ve never done before in my life. It’s his first year in the game and you can’t forget that, even though he hasn’t been nominated for any awards or anything. People know full well that he’s ripped it all off this year. And who am I to ask for more.

I don’t have any particular goals for TFS. I personally want to do less music and concentrate more on the brand and clothing line of TFS. The name Team Fuck Sleep should simply become bigger than Sierra Kidd could ever become. I want to move myself more into the background. For Edo Saiya and Cherriimoya, I just wish that they continue to do their thing and be successful in what they do. Even if they don’t become successful. Just be happy and have fun. I’m not going to set goals with numbers or with anything. I will take everything as it comes, Alhamdulillah. I am happy and grateful no matter what. There will definitely be a sampler from Team Fuck Sleep. Furthermore, new artists will be added. But for now we are happy with the way things are. TFS are Edo Saiya, Cherriimoya and me, but there are also people who are with us. They don’t have contracts with us, but they are friends of ours and part of the circle.

You are currently pushing my brother’s brand “No Faith Studios” with numerous Insta-stories, which is of course not a matter of course. What goes through your mind when you see young people making a hustle out of their passion? What advice would you give to these people?

I like to push your brother’s brand and I don’t do it because I’m a good person, but because the brand is so bad. A lot of people write to me and say: “Sign me, sign me” and send me music from them. I tell you honestly: I don’t want to step on anyone’s toes, but 99% of it is really junk. To most of them I say, “If you make good music, people will notice you and want to work with you because you make good music. ” It’s kind of like that with your brother’s brand. It didn’t come to my attention because he wrote me “check out my brand”. No, it came to my attention because his brand is rad and I think if something is good it should be promoted. Your brother is badass, he’s very badass.

What can your fans expect from you in 2021? Could there finally be a Sierra Kidd tour again after years, should Corona allow it? I’m sure I’m not the only one who needs to hear a song like “Sonata” live!

Touring will probably not happen. As I said, I plan to distance myself from rap. Of course I still want to make music here and there and put out my albums. That’s what I got my fans for and I don’t want to disappoint them or leave them behind. Of course I will always make music, because that’s the reason why I’m allowed to stand here today and talk to you. That’s not a given, especially not in the area I come from. Going live I just don’t feel anymore because even in music videos I feel like a jumping jack. Performances I feel a lot at others, like Edo for example, but I don’t feel that much at them. Maybe someday the time will come, but for now I don’t see myself in it, I see Edo. Come to the Edo Tour, everybody!

Are there any final words you want to throw out?

As a final word, I would like to thank you for giving me the opportunity to talk to you and to say something on your platform. Thank you to your brother, through whom we have connected, and I wish you both all the best. I think what you are doing is very important for culture and also important for the arts in this country. I know it’s a big word and it sounds huge, but it really is. You should be proud of that, you are great people. Thank you for having me here, Peace Out.