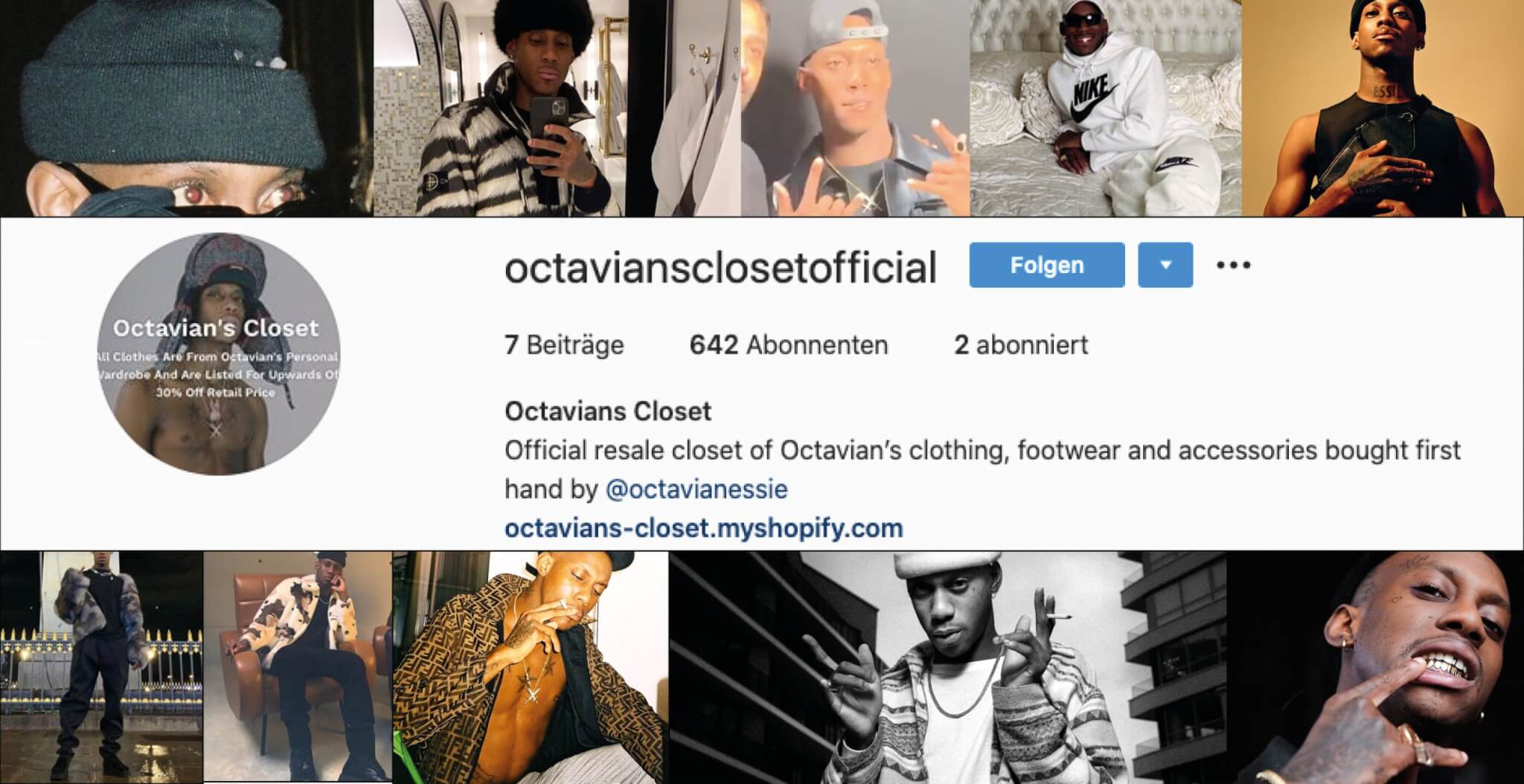 I know, I said people should go on shopping and not put their money under the mattress, to stabilize economy, now that everything became so fragile. I don’t take it back, but looking at the current situation I have the feeling, people could need more good and ethical shopping recommendations, because shopping Amazon while stuck at home is absolutely not what I thought of in the first place. People went stupidly optimistic because for once you could see fish in the canals of Venice, but at the same time they emit an immense amount of pollutants purchasing cheap trash they never needed from a platform that had been criticized for their work conditions long before this pandemic, already.

So without further bashing or criticism or just naming what’s wrong in my opinion, I‘ve been noticing a trend that’s just perfect right now: shop clothes with history, with meaning, shop your favorite rapper‘s clothes!

Online retail is as popular as we know it only from Christmas or Black Friday, normally. People are bored and those who still have a stable job save so much money by staying quarantined that I‘m not worried about the economic impacts anymore. Now it’s necessary to spread the money more farsightedly and environmentally friendly. Vintage shopping is my thing, but i know that it’s not for everybody. Still, I believe there has to be a shift and a change for good now, because consuming fast fashion on a hysterical level is just really, really bad and what I hate about it the most is that we destroy an environment that’s so far from our reality that our consciousness just doesn’t have to question our behavior the whole day long. Ignorance kills!

In 2016, rapper Tyga and his ex Black Chyna split and as consequence they threw a huge 3-day garage sale at Tyga‘s estate. This was the first time i thought: “That is a fantastic idea!”.

It’s not only perfect to make it a whole PR thing, because the stars show themselves as “normal people”, but also it is an easy and quick way to get rid of stuff, make space and show love to fans. Last year, Chris Brown did a yard sale, following that trend, and the pictures of that event were absolutely surreal. People went crazy and everyone tried to get a small piece of whatever pre owned by their idol, but of course not everybody has the capacity to just pop up in Chris Browns yard to shop for summer.

Rapper Octavian took the yard sale to the next level now and digitally sells his pre owned goods in a web store. I’ve been following this page for quite some time now, but still it seems to be an insider tipp that hasn’t been promoted on a bigger scale, yet. So if you haven’t been the biggest fan of second hand clothing because you don’t like the feeling of not knowing who’s been wearing the clothes before, maybe this could be a good first step into the right direction:

Note: The page went under construction, just the moment we wanted to release this article, maybe he’s updating his shop. Follow the relating Instagram page to stay updated!