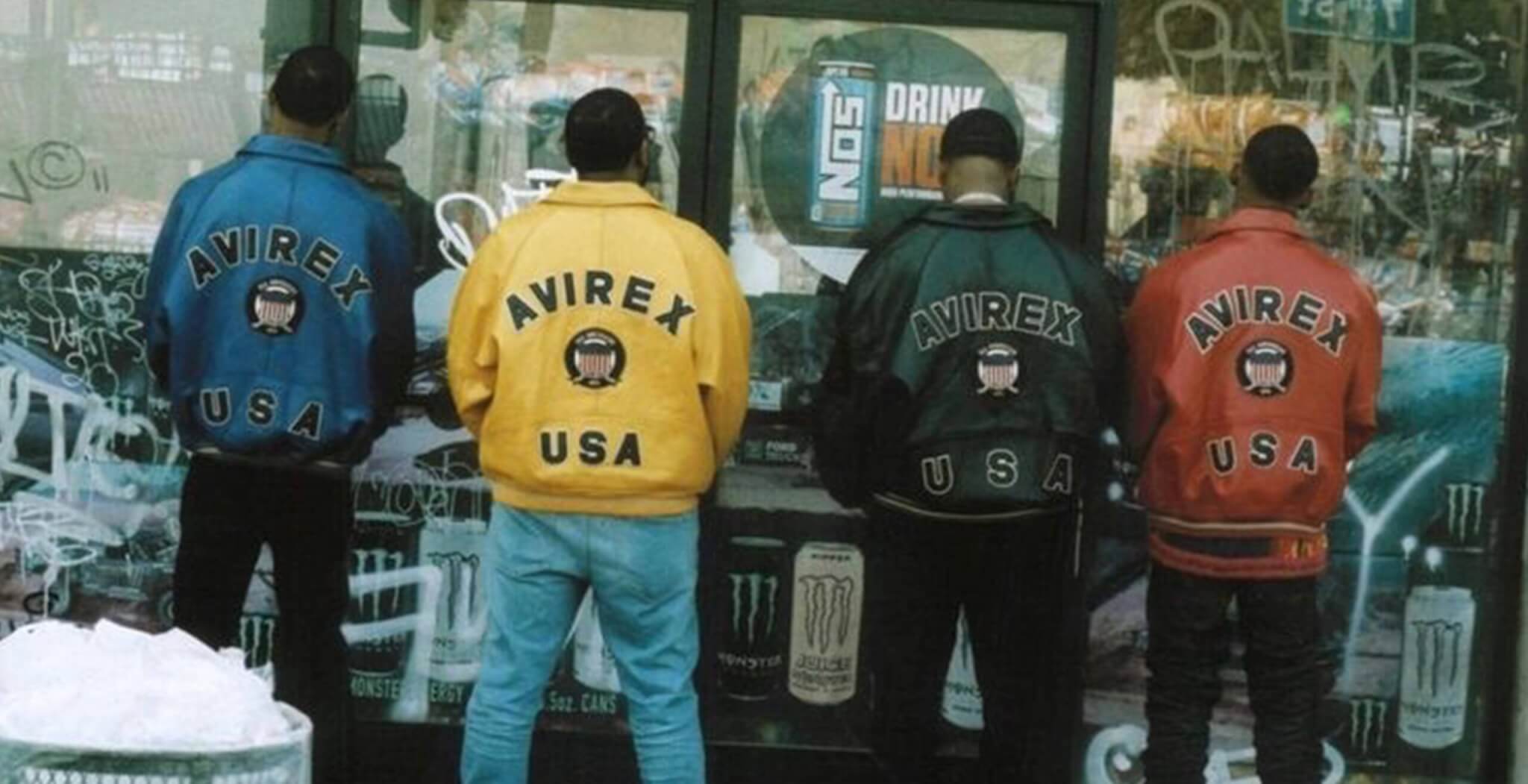 “TOUGHER THAN LEATHER” – POP CULTURE’S FLIRTATION WITH THE LEATHER JACKET

“TOUGHER THAN LEATHER” – POP CULTURE’S FLIRTATION WITH THE LEATHER JACKET

On a personal note: With a lot of great faux leather jackets on the market, it’s not necessary to buy real leather anymore. But if you want to go for the real thing, make sure to check out second hand shops and platforms.

Lula : Baby, I’ve got a surprise for you!

Sailor : Hey, my snakeskin jacket! Thanks, baby! Did I ever tell you that this here jacket represents a symbol of my individuality and my belief in personal freedom?

I recently picked up my first leather jacket and could not be any happier. Wearing leather is nothing to stand out in todays world of fashion, but still I’ve waited a long time to finally go through the process of buying one. But actually I cannot remember a time when I was not fascinated by leather jackets. Not because of fashion magazines, but because of pop culture.

There’s is no doubt about the importance of leather jackets in popular culture. Yes, many clothing pieces featured in motion pictures such as Robert De Niro’s M65 Jacket (Taxi Driver), Michael J. Fox’ Nike Air Mag sneakers ,  James Deans’s red blouson seen in Rebel Without a Cause and many others became part of popular culture on their own, but there is something special about a leather jacket.

Let me get you a short round up about my favorite sightings of leather in music and movies.

Hollywood stars like Gary Cooper, Marlon Brando and James Dean adapted the look that was formerly reserved for military pilots and motorcycle enthusiasts in the 1950’s. If you can break it down to the most iconic leather jacket of all time all fingers might point to the classic

First introduced to the market in the 1950s and named after founder Irving Schott’s favorite cigar the jacked found admirers ranging from Marlon Brando to The Ramones. Around 2010 when I visited Tokyo I noticed a very similar jacket in a store and spend a looooooooong time in front of a mirror trying to convince me I look good wearing it.

Actually going for the Roger Klotz look is not a bad thing.

When RUN DMC stepped into stardom as one of the first and most successful main stream-appealing hiphop groups of all time, a significant part of their mass appeal was due their clothing. Unlike like other rap groups before that were still influenced by funk and soul artist fashion wise, they dressed like street cats in their part of town – Hollis, Queens.

They went for black leather pants, fedoras, Adidas Superstar sneakers and of course black leather jackets. They even starred in their own movie with the perfectly fitting title Tougher Than Leather.

In 1971 filmmaker Gordon Parks introduced the world to the man “who would risk his neck for his brother man“ – John Shaft. Played by Richard Roundtree, Shaft was a Black private detective and star of several movies. Both Roundtree and his role became icons of pop culture. 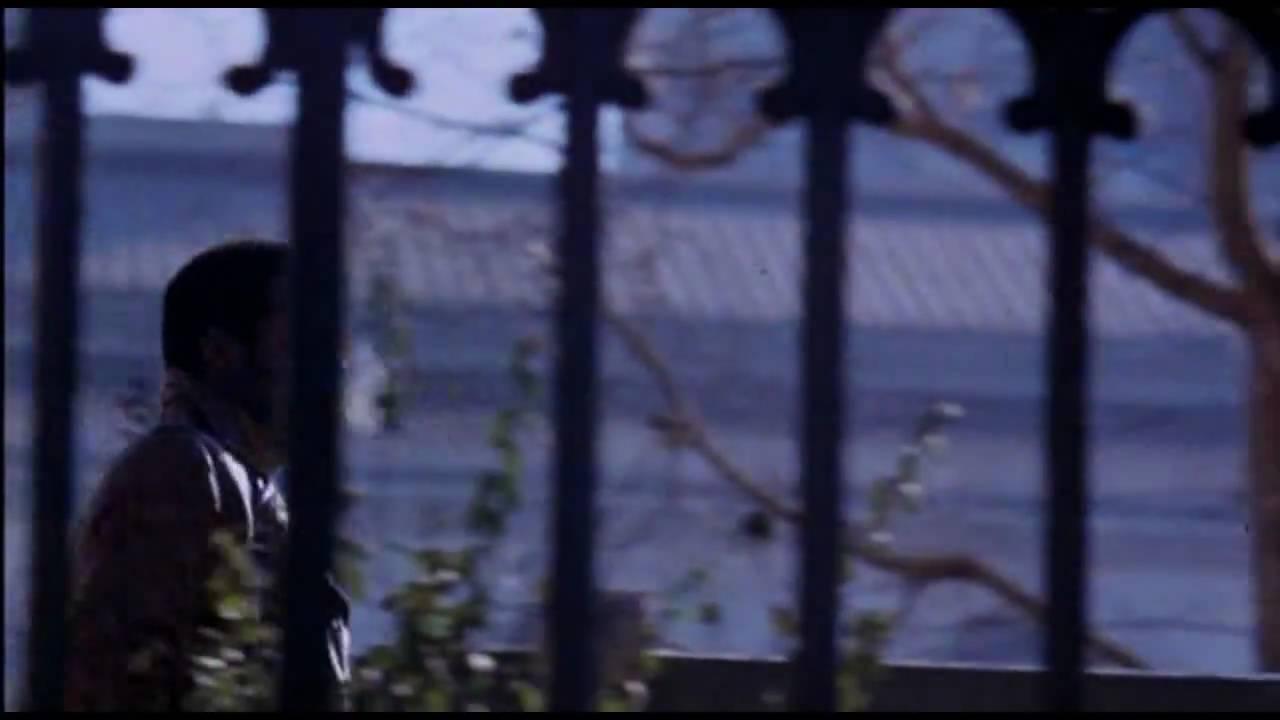 Just look at the leather coat he’s wearing while strolling through the dirty streets of 1970’s NYC. Actually after watching Shaft for the first time I instantly went to my father’s closet to try on his old leather coat from the 70’s. It did not fit me. Damn.

When Nas released his debut Illmatic in 1994 he rapped:

“I reminisce on park jams, my man was shot for his sheep coat / Childhood lesson make me see him drop in my weed smoke“

This underlines the significance of a leather jacket as a status symbol. Something that people might even kill for. With Hiphop being a culture born out of of poverty, showing off expensive garments was always a necessity. Just have a look at the cast of Mathieu Kassovitz 1995’ La Haine and their attire.

Sheep skin jackets and leather focussed brands like Pelle Pelle and Avirex dominated the hiphop scene in the 90s and early 2000s.

Especially Avirex had every rapper proudly wearing their flashy multi-colored jackets. Fascinating but, still too flashy for me back then. Nowadays I would proudly wear it and definitely feel like a hundred bucks.

With late 90’s / early 2000’s Hiphop fashion back in trend, I am sure to see more and more Avirex popping up on the streets soon.

No movie genre has a better style in fashion than mob movies. Goodfellas, Donnie Branco, Carlito’s Way, every season of The Sopranos…

And every mob movie at least features one awesome get up in leather. That’s rule no.1. “Mob fashion“ in general – wide suit pants, Hawaiian shirts, suits, leather loafers and track suits – has been a major influence in fashion for quite some time. 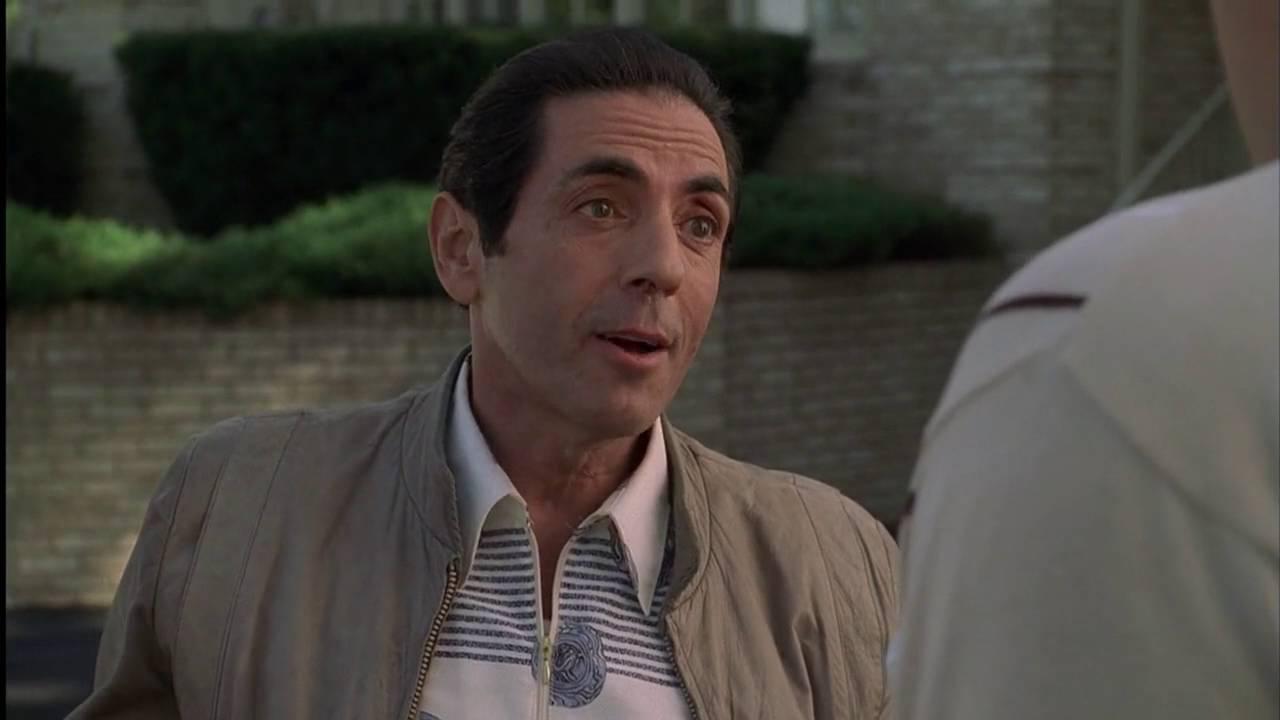 Every Sopranos character could easily just put on a Stüssy get-up and be ready to start a new day of crime. Some seasons ago Stüssy even went into the field of leather jackets themselves and released the Marlon Jacket a couple of season ago. 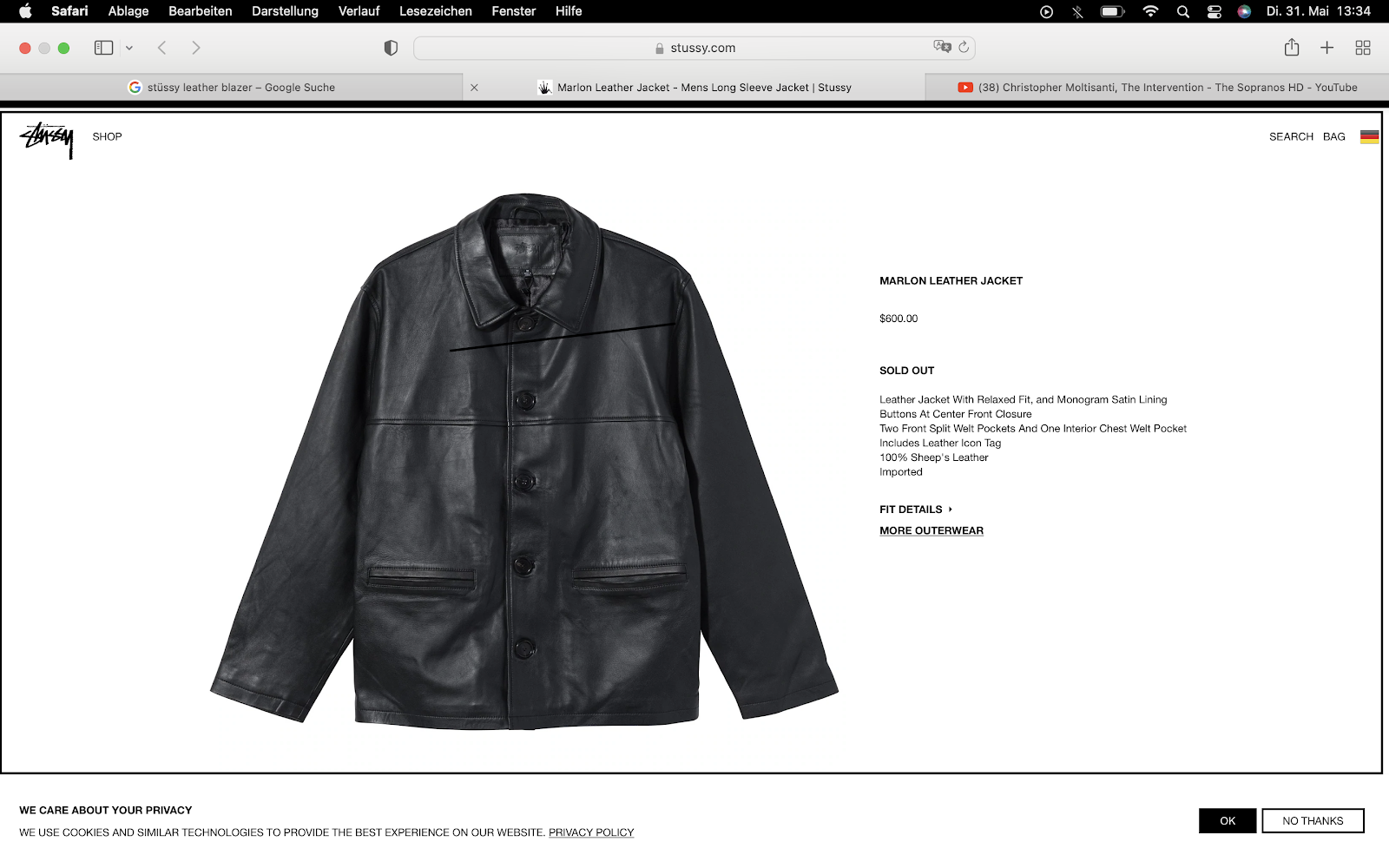 Watching The Sopranos again a year ago was the straw that broke the camel’s back and I finally went on a hunt for jacket that would “represent a symbol of my individuality and my belief in personal freedom“.

The honorable mention for leather jackets in movies – David Lynch’s Wild at Heart. While not being my favorite Lynch flick, his 1990 road movie always had a special place in my heart because of that exact scene. 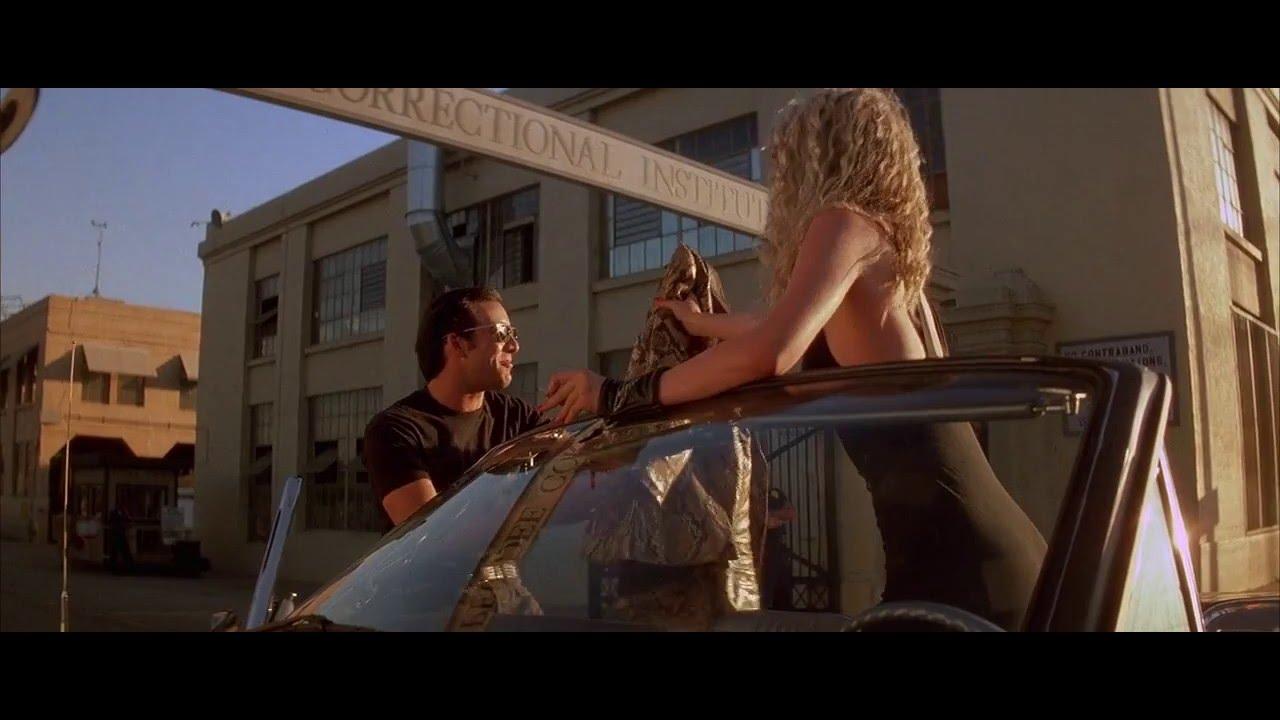 For me the “f“ in fashion still stands for “fun“, so whenever I dress a certain way I still have the same enthusiasm in my I had since as a child when I had a box full of costumes ranging from Batman to Luke Skywalker to whatever…

With an iconic piece like a leather jacket and its heavy history it almost feels the same.