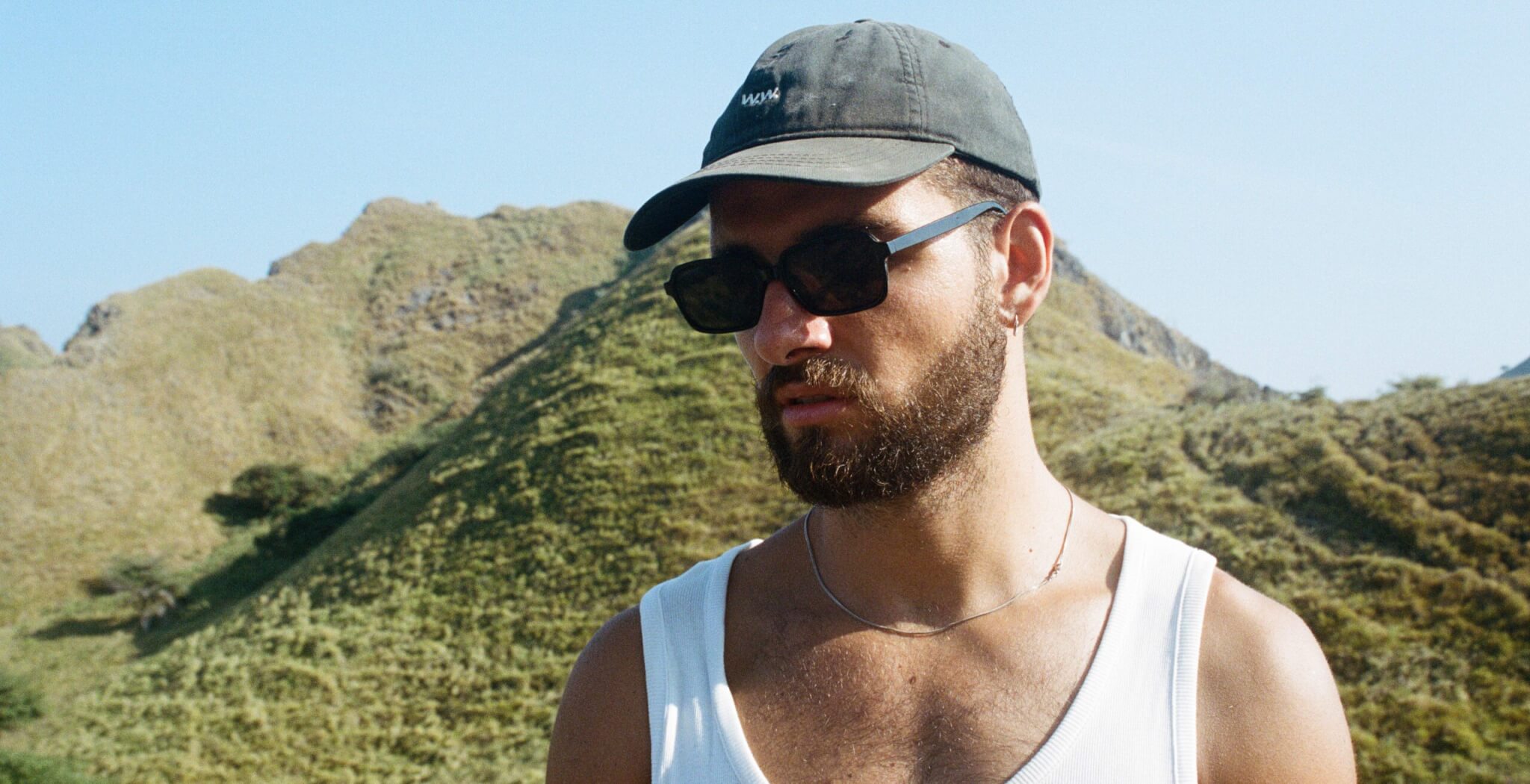 This young artist has definitely been on a personal and musical journey. After working as a producer and having collaborated with many artists, in 2020 Narou took his fans on a new path with his debut EP “Good Company”. The musician is originally from Vienna, who lived in Berlin for a while and relocated to Bali at the beginning of 2021. Narou has recently released his new single “For Your Own Sake!” and is dropping another one today! Congratulations! With “I Let You Go”, Narou paves the way for his up-coming EP “This Must Be The Place”.

In today’s artist interview, we want to introduce you to this young creative and let you know who Narou really is. We talked about his earliest memory of music, his career and goals. Please enjoy and don’t forget to check out Narou’s new music:

What are your near future plans? Are you going on tour, playing concerts etc?

I am going to stay in Bali for the next 6 or 7 months as I am currently writing an album for next year. It’s super inspiring being out here – I’m in nature every day, I go surfing every morning and I manage to write a new song almost every day, which is super cool! Playing concerts is still a bit difficult due to the Corona situation, out here it’s quite restricted. But I am working on finding a band and planning some shows for early 2022. And when I come back to Germany in the summer, I am definitely going to play some shows because I miss it so much.

Can you describe a moment in which you felt very connected and knew that music would be your field of career?

I would say when I was 12 years old, I played a lot of drums and I remember I went to a Kings of Leon concert with my sister and I remember being in the second row, looking at the band and realizing that this is what I want to do, I want to be a drummer.

How did your family and your upbringing influence your taste in music and the way you sing/ songwrite and produce today?

I grew up in a very musical family. My dad used to have a studio in Vienna, where he produced film music and songs for commercials. So, I got exposed to all kinds of music at a very young age and always had a lot of instruments around. That definitely shaped me in some form. And because my dad writes songs, produces, and has quite a similar voice to mine, his work also affected the way I use my voice and instruments.

What advice would you give young creatives and musicians that can’t rely on such support?

It might sound cliche, but you need to be willing to take risks. You have to put time and effort into it, and work really hard on your craft. Even if the times are hard and it doesn’t bring you much money. Usually, it’s years of grinding before you can actually make a living off it. So, don’t get discouraged by that.

Your debut EP “Good Company” was released last year during lockdown. Who was your good company during that time and which impact did the situation have on your creativity?

I spent a lot of time with my friends and family. I was lucky to have my brother and sister, who also lived in Berlin during that time. And with my artist friends I made a lot of music in my studio and my apartment. I was just working on my music every day, alone or with my friends. The whole situation just made me stay home and finish my projects and be more productive.

Which artists have inspired you the most? Would you say you have found your true musical style? If so, how would you describe it?

An artist that inspires me the most is a producer called Leto, who I’ve been following for many years. He produced a bunch of big people in the US and he has a very unique style of producing. I find his work very exciting. And there’s artists like Frank Ocean, Bon Iver, or James Blake, who I really admire.

Have I found my true musical style? I feel like this is an ever evolving journey. But I am definitely getting closer. I’ve been working on my voice a lot which helps me a lot to find my style and also with the album that I am working on right now. And I can say,  it’s going to be quite unique and something that I wanted to do for a very long time.

My style? I feel like it’s electronic music influenced by the stuff that I listen to, like RnB and  Soul.

Now that you’re releasing your follow-up EP “This Must Be The Place” – how would you describe your progress from last year till today? What has changed? How did your message evolve?

For my last EP I spent a lot of time working with my friends during lockdown. For my second EP which I finished at the beginning of this year, I locked myself up in the studio and was just by myself all the time. So I guess that would be the difference.And as I said, I worked on my voice a lot. I feel like I am using it differently and I improved for this project. And now there’s different styles of song on the EP, while “Good Company” has songs of the similar genre.

The new album is pretty much a break-up album. I channeled all my emotions that I went through going through this break-up for this upcoming project. So yeah, the message definitely changed.

Tell us a little bit about your favorite song of the EP, the process and meaning behind it?

My favorite song of the EP is “Reasons”, which isn’t out yet, it will be released in January. I produced the song with my really good friend, Bearcups, who is  a very talented producer and songwriter. We had the instrumental for a while, but I couldn_t make it work as a whole song. I loved the instrumentals so much but I couldn’t write something on it. I probably had like 100 versions. But I managed to do it and then it became a song about going through a break-up, where the other person is playing games with you and not really telling you what they’re up to. You’re still together, but you’re not sure if it’s going anywhere.

Your second EP is entirely a solo EP. What are the pros and cons of working on your own?

Yes it is a solo EP and I don’t have any listed features, but I did work with a few other producers, and songwriters, so, it’s not entirely solo. I am the only person that sings on it, but other people have been involved.

The pros are that you have more freedom in doing exactly what you want and being in full control of everything. Another aspect is that other people can really spice up your production or songwriting, because they have fresh ears and listen to something for the first time that you have listened to too many times maybe. So, they can judge it way differently.

What is most important to you when making music? What do you worry most about?

Most important to me are the production related things because I come from the background of just being a producer. I spend many hours shaping the beat and instruments. But it is shifting these days, maybe towards a 50:50 or 60:40 situation, as I am using my voice more and also spend a lot of time on the vocal production. These two things are most important.

What do I worry about? Sometimes I feel like I am too honest and vulnerable with what I am saying. I don’t know if that’s a good thing, I am still trying to figure that out.