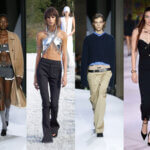 This Is What You Can Expect From The Latest SS22 Collections

This Is What You Can Expect From The Latest SS22 Collections 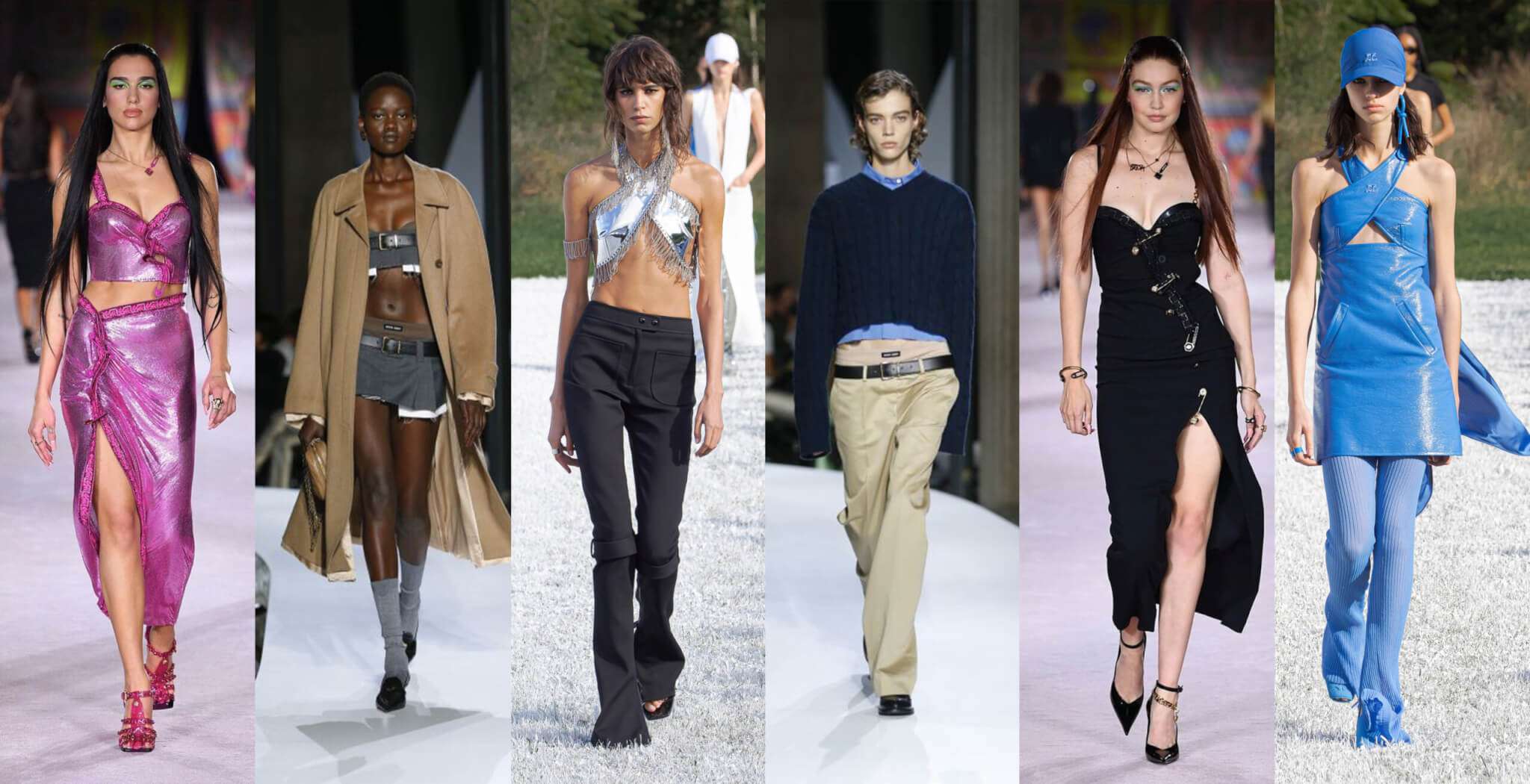 Past few months have been extremely alarming, uncertain and deconstructive and somehow hopeful. For majority of people in different fields, especially in fashion and art, it felt like a repetitive dead end.

September and October were a redeeming and liberating time for many this year. Above all, the fashion industry slowly made a debut back in the life fashion shows and reopened their catwalks for live participation.

Designers from Copenhagen, New York, Milan and Paris showed their latest SS22 collection during the women’s fashion week. As in the previous seasons, in addition to numerous feminine silhouettes, men’s looks were also presented and today we present you our highlights from the last few weeks.

Starting of with some of our favorite surprise moments, Donatella Versace proves once again that she is the reigning queen of the runway spectacle with the SS22 reveal. Already surprising with unexpected model such as JLo in previous shows, this time the show was opened and closed by runway newcomer Dua Lipa, alongside the likes of Naomi Campbell, Gigi Hadid, Emily Ratajkowski, Irina Shayk and Lourdes Leon a nice ode to just that: getting up close and personal once again.

A seduction through reduction. For their Spring/Summer 2022 Prada collection, co-creative directors

Miuccia Prada and Raf Simons consider ideas of seduction, of the expression of sexuality though

clothing. A process of stripping down clothing leads, inevitably, to the body, emphasized or exposed.

A vocabulary of elegance of evening clothing is here translated to an entire wardrobe, its

the meaning of these signs and signifiers are questioned. The fantasy inherent in evening wear is

counterbalanced by the reality of the everyday. The Spring/Summer 2022 Prada show was staged,

simultaneously, in the Deposito of the Fondazione Prada, Milan and in Bund 1, Shanghai. Within

corresponding decors, video screens engage each show in dialogue with the other, physical and virtual

realities. They bring two groups of people, on two sides of the world, together in a modern community.

After the club «La Station» in Aubervilliers last March, the monumental Courrèges

Vincennes in Paris. At the origin of this collection, and for this second show, a memory: it is in this clearing

that Nicolas Di Felice and his friend Erwan Sene, with whom he composed the soundtrack

of the show,danced all night long a few summers ago. These memories of jubilation have fed a collection designed around the festival wear. In line with what was initiated by Nicolas Di Felice, the archetypes of the counterculture are mixed here subtly to the vocabulary of Courrèges – all with an atelier know-how. Parkas and bombers come into dialogue with heritage coats

skirts, baggy pants and even on the handles of this season’s «Loop» bag – was inspired by

the straps of a 1976 Courrèges dress (the first piece in Nicolas Di Felice’s personal collection,

acquired years earlier). And the last three dresses, each made of a simple strip of fabric, like for the girls

wrapped in a piece of vinyl for a 1963 fashion show and immortalized by Irving Penn. «Both of us knowing» claims a form of purism at the heart of Courrèges and dear to

As a solid Gen X’er, Johansson comes at fashion for the Gen Z shoppers who are the target market these days less by feel than by close observation. “I’m interested in how important it is for them to present themselves,” he said. “Fashion has become almost as important as religion, which is different from when I grew up, when music was the most important religion.“On the runway , floral-print blouses that fastened with a single bow in the front were paired up with minis bearing straps and buckles that hinted at BDSM or old-fashioned girdles, depending on your references. Corsets got a rework, too, in tooled leather, plaid, or military-grade nylon. And fitted skirts did indeed take their details from girdles, with stretchy side panels and garter snaps—talk about an anachronism. If it wasn’t lifted directly from the boudoir, it was otherwise sheer or clingy or midriff baring—or all three. All this puts Acne in the middle of the fashion conversation for spring 2022, which is right where Johansson wants the brand to be.

Creative Director Olivier Rousteing pulled out all the stops for his 10th anniversary Paris Fashion Week spectacular, set at La Seine Musicale. The show was in conjunction with the second ever Balmain Festival, taking place Sept. 28-29. The festival was a benefit, fundraising for the HIV/AIDS fighting organization RED, while celebrating music, dancing, cinema, and the arts. The Spring/Summer 2022 collection was presented on the second evening of the festival, in a wondrous extravaganza of black, white, red, and gold. High waisted bodysuits paired with leather and pops of gold contribute to the overall sexy quality of the collection. As you can see in the models’ strong struts—from Precious Lee to Imaan Hammam, these clothes are bound to make anyone feel powerful on and off the runway.

The Spring/Summer 2022 Miu Miu collection by

Miuccia Prada is an exercise in referencing and researching reality, using the existing

to create the new. One of our biggest highlights, next to the SS22 Chanel show, which was a huge ode to the 90s, were the comeback of the lowwaiste skirts by MIUMIU. The foundations are classic – trousers, sweaters, shirts, blazers, suits and sheath dresses, absolute archetypes of everyday dress. A new balance of proportion is found

through cutting into pieces – retaining the believable character of each, yet altering

their relationship with the body. Trousers are cut into abbreviated skirts, sweaters

and shirts carved out to reveal the body. Edges are left raw, elements of construction

exposed in commemoration of the spontaneity of these actions. The notion of

sneaker is re-proposed in white, khaki or blue denim, with raw-cut edges. We are ready for a MIUMIU Mens comeback !