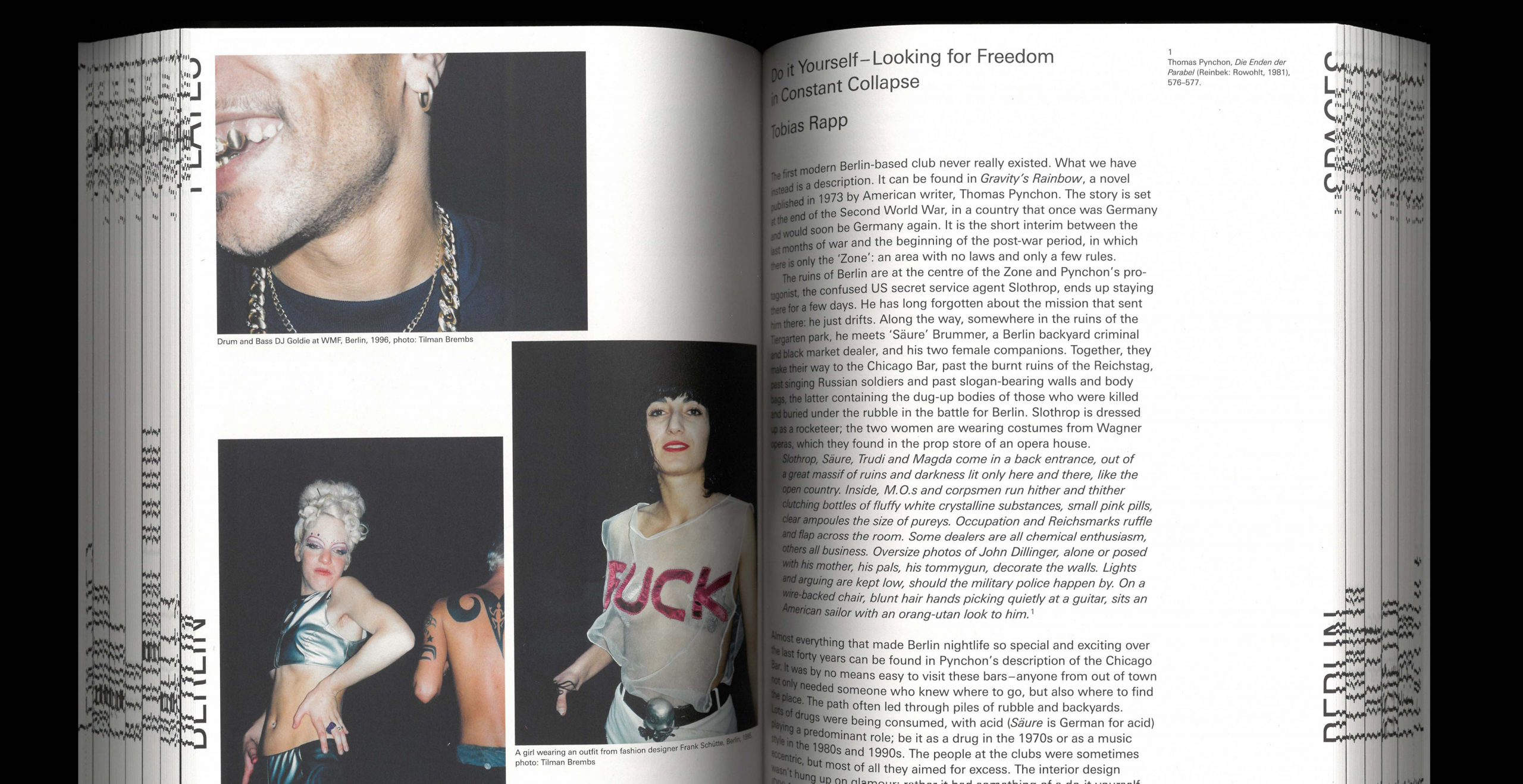 Voluntarilyclosing the doors of clubs to counter the COVID-19 pandemic was an attempt atreason by an industry very well known for unreasonable behavior. But before theclubs shut down people all over the world used their “right to the night” as itseems almost like a civil right to controlled transgressions.

“TenCities” is a manifesto of this civil right and tells the story of club musicand club cultures in ten urban centres across Africa and Europe from 1960 toMarch 2020. Twenty-one essays with unique and diverse voices, photo sequencesspanning the various decades and playlists unfold over 560 pages to aretrospective testimony until the day club culture (temporarily) died.

“Clubbing in Nairobi, Cairo, Kyiv, Johannesburg,Berlin, Naples, Luanda, Lagos, Bristol, Lisbon” is the bulky yet comprehensivesubtitle of “Ten Cities” and already gives away that it will be a night trip tolocations outside the main focus of attention when it comes to clubbingculture. Obviously there seems no way around Berlin but the other ninelocations show the editor’s efforts to put together a more inclusive narrative.Each city portrait is not just a mere observation of the local club culture butalso an intimate portrait of the respective city as club culture is createdthrough society and shaped within decades. This evolution has been captured inwords and impressive images which makes “Ten Cities” a rich and fulfillingexperience and sheds light on often overlooked culture in the shadow of thenight.

It seems tobe established by law that retrospective won’t come without a bittersweet flavorof melancholia and nostalgia. These fragile emotions ooze out of every pore ofevery essay as  they mostly mourn about aparadise lost. The glorious days of club culture are in the past and “TenCities” preserve these fading memories for eternity. And there’s nothing butawe for the sheer amount of research invested in this fascinating time travelthrough club culture and recounting music history, subculture spaces withincities not necessarily known for their excessive nightlife.

If you arestill looking for a Christmas present for your party posse your search might’vecome to an end: “Ten Cities” takes everybody to a trip down memory lane andcaptures the Zeitgeist of the past decades in memorable photos andthought-provoking essays as the contemplation of the past inspires what futuremight hold in store for clubbing. COVID-19 might postpone it, but the party isnot over.