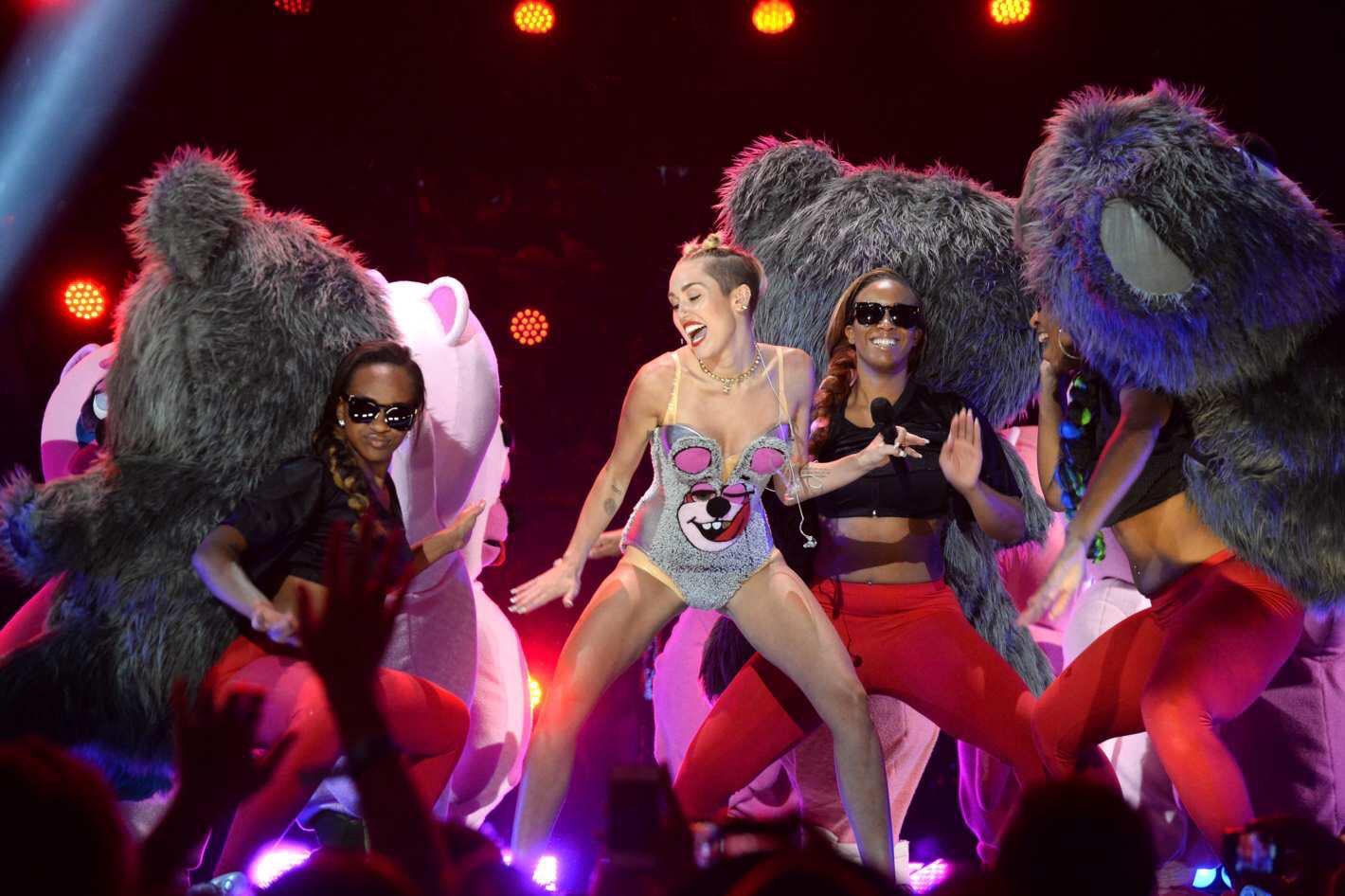 We all know Miley Cyrus has shown us so many different versions of herself. However, one thing that never changed was Miley’s confidence. Today we’re throwing it back to one of the most unforgettable VMA performances that will never be forgotten: Miley’s performance of “We Can’t Stop” with Robin Thicke’s “Blurred Lines”.

Miley Cyrus says Donald Trump called her to say he “loved” her twerking at the 2013 VMAs https://t.co/yBcB7BELT1 pic.twitter.com/k7C1ScmUgL

Now what most people might remember from this performance is Miley Cyrus twerking on Robin Thicke in a nude bikini and doing inappropriate things with a foam finger. When rewatching the performance now I definitely cringed several times, but I always admired her for her “I don’t care” attitude. To me, this isn’t anything new for the former Disney star. Miley has always been somewhat of a rebel and at the time of her sort of doing drugs rebellious phase, she was 21 years old, the perfect time to live out your identity crisis. Whether we can relate to her or not, she was of age to do what she wants and she wasn’t afraid of showing us that even with all the backlash she knew she was receiving.

At the young age of 18, Miley already had a “nude” photo released of her (it was actually just a picture of her in her underwear, which now has become a norm) and made it very clear to us that she “Can’t Be Tamed”. There have even been claims from other celebrities like Demi Lovato, who spoke about her drug addiction in her youtube documentary “Simply Complicated”, that Miley was a rebel just like many other Disney stars already in her pre-legal ages. So to me, Miley has always just been Miley. The girl that doesn’t take shit from anybody.

Therefore today we commemorate one of her probably most cringiest moments as a reminder to not care what other people think of us or have to say about us. Live out your life the way you feel like it’s meant to be lived. Miley has since then admitted to having smoked a little too much weed but has also been able to look back at the situation with humor. The now 28-year old singer seems to have found her path in the rock scene just like her memorable father did back in the day. Foam thumbs up to you Miley!