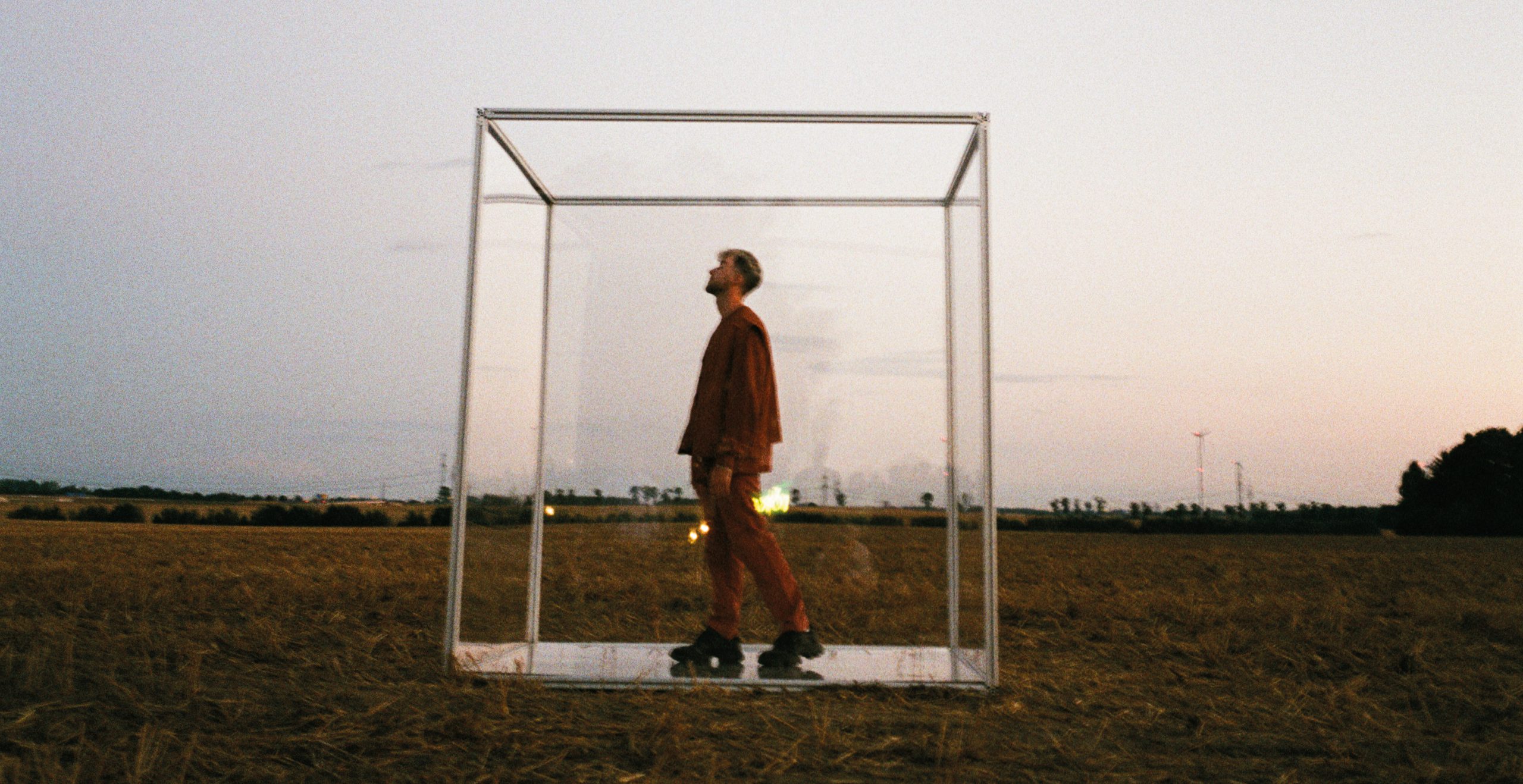 Sit In On Friday with Eli

Sit In On Friday with Eli

This week we are joined by Eli for our Sit In On Friday. Eli is a 20-year-old singer who wrote his first song with 12 about a girl he had a crush on. After years of busking in the streets of Cologne and Berlin, his first single “Change Your Mind” blew up in 2018 after Eli was street cast for an ad campaign for the German telecommunications company Telekom in which he could debut his song. Since then, he’s released eight singles, and has a big project coming up soon. We have the great pleasure of having him perform an unreleased song called “Wish Now Was Later” with us today. “Wish Now Was Later” is probably the most personal and raw song that Eli has brought out, inspired by getting to know someone at the wrong time in your life.

When listening to Eli’s songs you can tell that his heart is in it, and every word he sings is meant fully. There’s an authenticity and roughness in his pop-songs that many radio-hits can’t achieve. In our interview with him, we talk about how he thinks his journey has shaped him so far, why he started making music, and the importance of Eminem.

1. First of all, of course, we want to know from you what True Identity means to you?

True Identity to me means accepting yourself. With all your flaws with all your emotions.

We don’t have to have everything figured out yet. Embrace the unknown and live in the present. I think that’s where your true identity lies.

2. You love the genre Hip-Hop which resonates in your songs as well. What is your first memory or experience with Hip-Hop?

I think I got into hip hop music through Eminem.

I remember my Mom gave me the Marshall Mathers LP one day.

His lyrics and the way he rhymed words is just something super unique and still today his way of writing is something that influences me heavily when I write lyrics.

3. Why did you start making music?

‍
With my Dad working in the music industry and my Mom being an actress I grew up surrounded by music.

I think I saw my first concert when I was 4 years old and for that was just the start of everything I wanted to share my emotions and my world with everybody. I want to connect people with art.

4. You’ve lived in Berlin all your life. What inspires you most about Berlin? And what do you think the city’s influence added to your individual sound?

Berlin inspires me because of its versatility. So many creative people and places. It can be exhausting sometimes because it can feel like the diversity and the creativity is pouring out of every hole but this energy can also be very inspiring.

I’d say Berlin helped me to accept myself. I feel like you can be exactly who you want here without being judged and that obviously shows in my music as well. I’m waay more confident in my creative being.

5. How do you think your journey has shaped you so far?

That’s a tough one… I feel like the most important thing that my journey brought me is confidence. With that said I don’t mean superficial confidence but more real inner confidence.

Let’s call it acceptance. I think the more I travel on this journey the more I learn to accept myself exactly as I am.

‍
6. When do you feel most creative and most inspired to make music?

When I spent time in nature for sure and when I’m around inspiring people.

7. We have all been isolated since the middle of March. How has Covid-19 treated you so far?

I miss going to concerts and I miss playing them even more :'( – tbh though I’m super blessed and fortunate! I can write and produce at home so I’ve been pretty good!

But still – My favorite thing about my job is playing live so that’s definitely something that I’ve been missing like craaazy. So there’s a little hole in my heart… but I mean it’s gonna be filled as soon as concerts are possible again so I’m good ! 😀

8. And how does the current situation influence your creative process? What are your

musical or creative goals for the next few years?

In the beginning, I was super annoyed and I didn’t really feel creative at all but after a couple of weeks, I wrote 2 of the best songs I’ve ever written (not out yet- so be excited hehe). It comes and goes in waves which is pretty normal I guess.

A major goal for me throughout the next years is to become better at producing. I’m starting my own productions and I’ve gotten pretty alright but I wanna be like crazy good so that’s gonna happen in the next 2 years! 😀

9. Was there a musical experience, a concert, or a performance that touched your soul?

‍I played my first headline tour in January and February in 2019 and I sold out a 300 capacity venue in my hometown twice. These two days were the most special moments of my life for sure! I cried on stage haha….

The energy was unreal and everyone was there because of music. It was beautiful!

10. If you could speak to yourself in the past, what would you say to him?

Hmmm…I’d probably not tell him much… “accept yourself the way you are, you don’t have to have everything figured out and – the most important thing of it all – ENJOY”

Life is a gift you know and I think we should embrace every single aspect of it.

Thanks so much for having me guys!