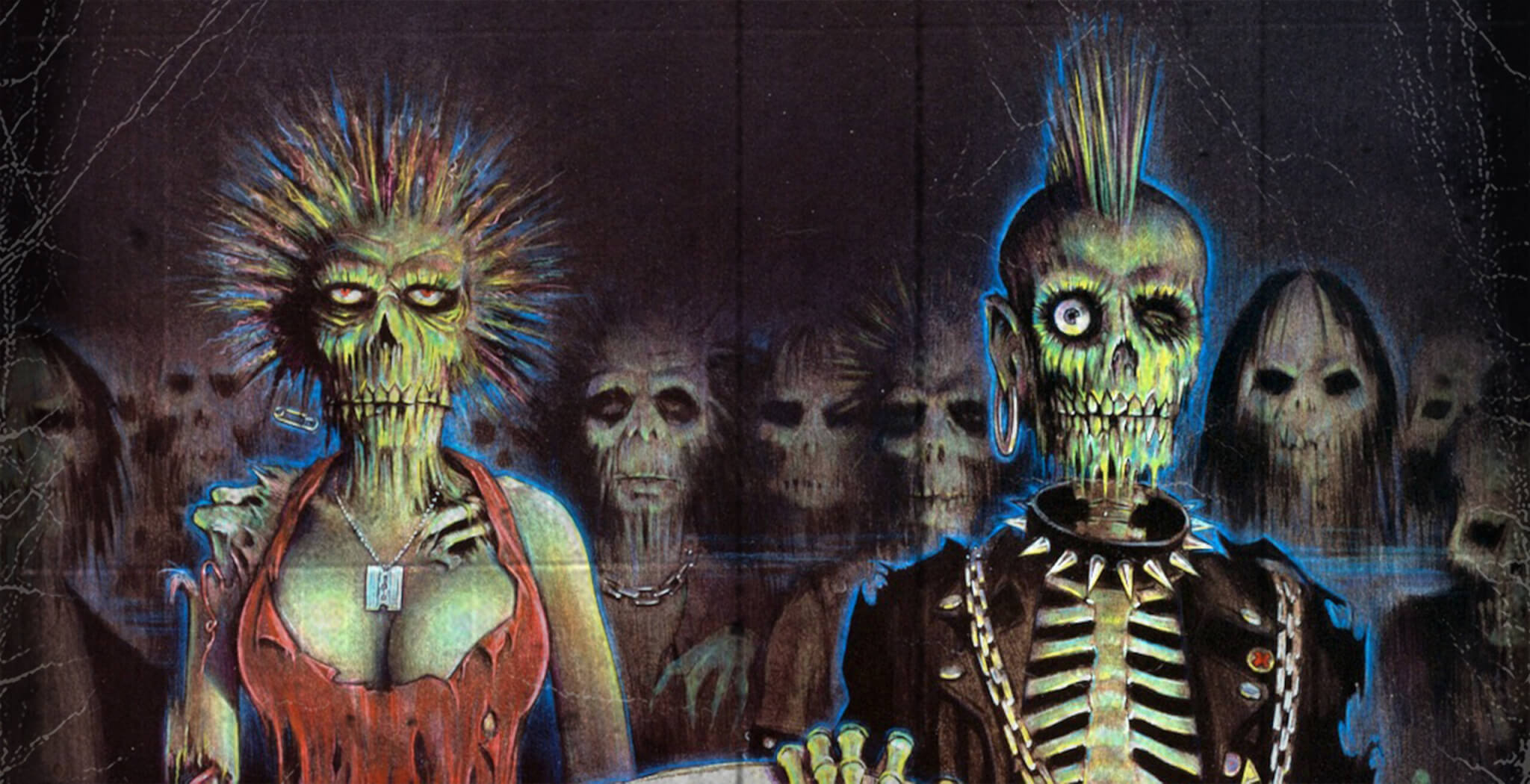 Whut up, ghouls and boys?

I have dreamed about using this greeting for many years and now that I have the honor of hosting this year’s Halloween countdown I can finally use it. One point less on the bucket list.

Halloween has always been my favorite season, even though it was never celebrated when I was a kid. No costumed kids strolling around the streets, no trick or treat, no spooky decoration in your neighbor’s front yard.  But what Germany always got right was their TV program during the spooky season.

Every US comedy had Halloween episodes and I think I learned about most horror movies from the legendary Treehouse of Horror episodes of The Simpsons. Bart Simpson was dressed as Alex from “A Clockwork Orange” in 1992. That’s how you get kids hooked on movies that are not for kids… But lucky me.

My love for Halloween today is stronger than ever before and like clockwork (pun intended!) I will start decorating my flat with cut-out ghosts, spider web and pumpkins starting at the first of October. And of course I enjoy scary movies even more than the rest of the year in this special month.

I will give you some personal favorite horror movies of mine over the next weeks to get you in the right mood to celebrate Samhain this year. Ready?

Let’s start with one of my favorite genres – the zombie genre.

Since the beginning of time, humanity was fascinated by death and what comes after you closed your eyes for the last time. The zombie movie gives you answers to those questions that are as old as time itself – You come back to eat other people. Well, and sometimes just their brains.

The first zombie movies are “White Zombie” (1932) and “I walked with a Zombie” (1943) which borrowed heavily from Haitian folklore and the concept of the zombie as a poor, mindless soul controlled by someone else.

But along came George A. Romero and brought us:

Released in 1968 Romero brought us the story of seven completely different people who are trapped in a farmhouse in Pennsylvania. Why are they trapped there? Because flesh-eating ghouls returned from their graves and are ready to have an all you can eat-party.

The movie is shot in black and white and to this day I did not manage to see it in one single session. When I saw it for the first time I stopped the tape every five minutes to cope with what I saw. You know, the classic zombie is slow. He can’t run and is not your typical type of predator, but that makes it even more scary, because due to its contagious bite you will soon have to deal with dozens, hundreds or even thousands of zombies. You can run, but where?

The dread that comes with the understanding of being outnumbered with no way left is what makes zombie movies my no.1 pick for scary motion pictures.

Being an independently produced movie in 1968 it is guaranteed that there might be a political message to it and you can clearly feel this era’s racism in how the other survivors interact with our story’s hero Ben, the token black survivor, and especially when you see the credits rolling while the camera team accompanies rural police men and other armed men voluntarily „clearing“ the area of the undead.

“Night of the Living Dead” is definitely the right way to start into the genre.

Now it’s getting complicated. George A. Romero wrote the screenplay for “Night” with his partner John Russo and after they split their working-relationship after “Night of the Living Dead”, both of them continued making zombie movies separately. Romero continued the Dead-Series and Russo started his Living Dead-series. But more on Russo later.

“Dawn of the Dead” was released in 1978 and while “Night” took place the day when the undead started to rise for the first time, this movie brings us in three weeks later with the zombie virus (What caused it? There are some hints to a satellite mysteriously passing the earth, but does that create zombies? I don’t know…) already taking over.

Our main characters begin their journey in a TV station, where they decide to steal a helicopter to escape the thread of being eaten alive. They find shelter in an abandoned shopping mall, but after having the time of their lives exploring the stores and feeling safe, they are confronted by a gang of bikers who are also seeking shelter in the mall. The special effects are by legendary Tom Savini, who is one of the world’s most respected effects guys. Whenever you saw a bloody good (another Halloween pun!) practical effect, you can be sure it was him. Furthermore, with the movie being set in a mall, there probably is some kind of criticism on consumerism inherent – similarly to Romero, who brought in the topic of racism into his previous work.

There are a lot of different cuts of the movie available, but most people praise the Italian version the most, because it has a special score/soundtrack by the band Goblin. And Goblin is just awesome.

Now we are getting in a completely different direction. The aforementioned John Russo secured Dan O’Bannon as director and released the first „mordant punk comedy“ in 1985.

In his world, “Night of the Living Dead” really happened, but the military could cope with the undead situation. Some ‘pieces of evidence’ are now stored in a medical supply warehouse and… yeah, you guessed it…toxic gases from barrels containing zombies are soon spread all over the city reviving the undead. Our heroes this time are a rag tag group of punks and an older employee of the warehouse. This movie is oozing pure 80s and gives us one of the beast horror soundtracks ever with SSQ’s “Tonight” we make love ’til we die.

It is also the first time we hear zombies talk. Well, they don’t actually talk, but are constantly expressing their need for “braaaaaaains“.

While Romero’s movies sure give you goosebumps, this movie also makes you laugh and lets you easily fall in love when you first see punk girl Trash dancing on a grave to a boombox blasting the previously mentioned soundtrack. This might qualify as some lighter entertainment after you already got scared stupid by the other movies.

Zombies are everywhere in today’s pop culture, but we have to thank Romero and Russo for the vision they gave us in 1968. They are the godfathers of the genre and even when they will be gone sometime in the future, their legacy will live forever. Or better said… will stay undead forever.

Halloween is approaching and I hope those movies will give you a chilling weekend, my friends.

Next week we will be back with a focus on 90’s teen horror.