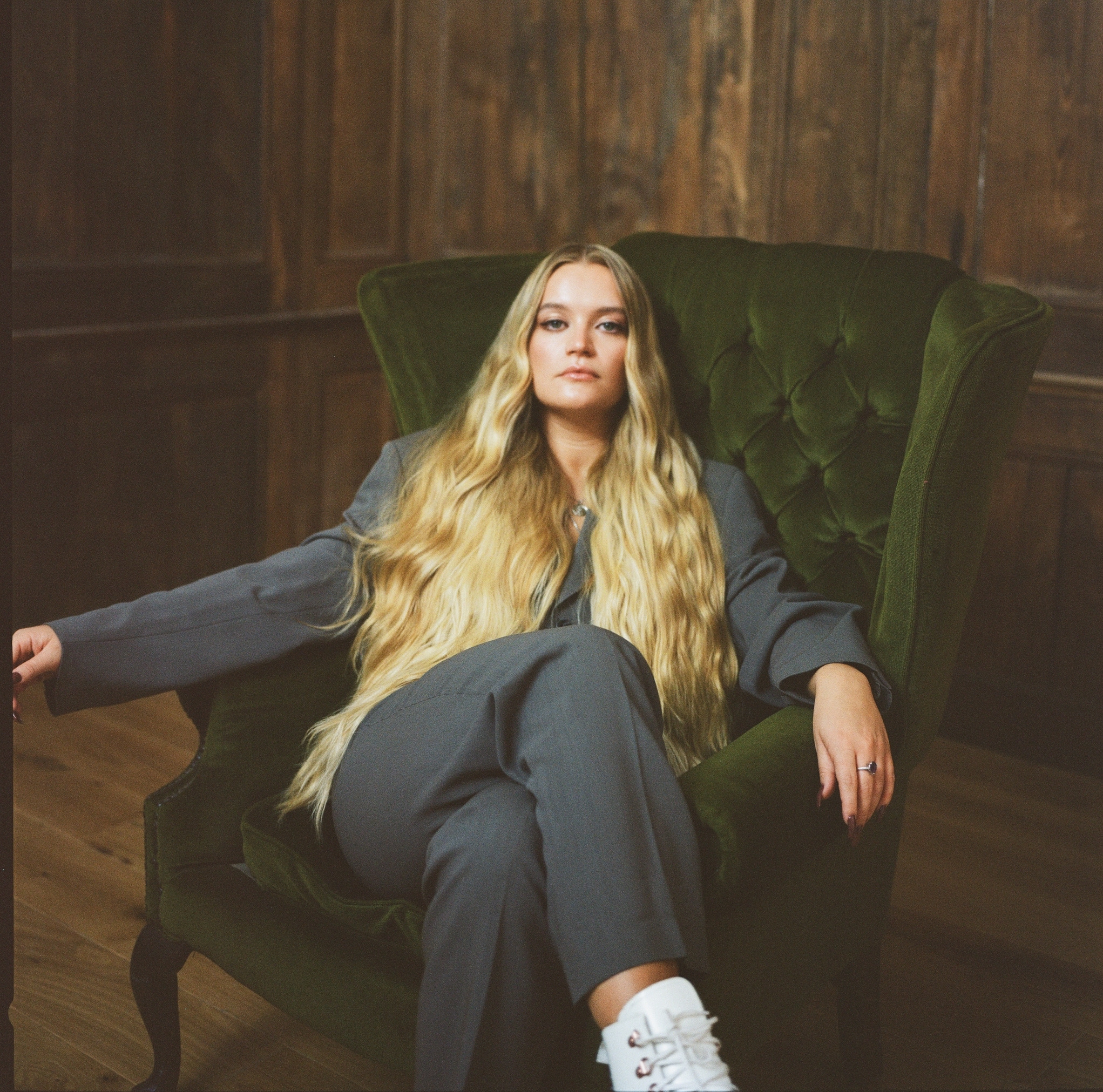 SIT IN ON FRIDAY – Charlotte Jane

SIT IN ON FRIDAY – Charlotte Jane

In a world that has become so desensitized to everything, it makes it hard sometimes to show real vulnerability. We show so much of ourselves online but don’t often get the chance to truly express what’s inside our hearts. Today’s Sit In On Friday artist isn’t afraid to put her whole heart in it.

The UK based singer Charlotte Jane got her calling to music at a young age. It’s something that’s always been a part of her true identity and we get to experience it with her through her heartfelt lyrics and melodic voice. Even if those experiences are hard to relive in writing, Charlotte gives her listeners an opportunity to relate and build an unbreakable emotional bond.

We’re grateful for the opportunity to be able to speak to Charlotte ourselves and find out more about the singer on the rise and her journey in-depth.

At Title, we emphasize the importance of staying true to yourself, your art, and your identity. What would you say is your True Identity?

I guess I’d pair the phrase ‘true identity’ with ‘authentic self’ and they then go hand in hand with ‘self-acceptance’ and ‘self-awareness’. My true identity is the funny, caring, family-oriented, and energetic parts of me as much as it’s the sometimes dark, overly critical, procrastinating, and self-destructive parts. I think when you acknowledge and accept yourself in an honest and all-encompassing way, you can be so much more true to yourself, those around you, and as an artist.

You’ve been surrounded by music since you were a little girl but when did you know you wanted to pursue a career in music?

I don’t think I ever thought of it as formally as ‘I’m going to do this as my job’ when I was a kid, but I also don’t think I imagined I’d do anything else. It really became clear to me that I wanted to do this professionally once I entered my teens and then I had the challenge of figuring out how the hell I’d get myself into the industry.

How have both growing up in England and your experience in Singapore impacted your music?

Growing up in England and the music I was therefore surrounded by will have no doubt shaped the sound of my music. I can’t say I’m that consciously aware of how, exactly, but it’s kind of impossible for it not to have had a huge impact on the music I’m making as an adult. Moving to Singapore was the thing that really ignited my passion for songwriting. I was a hormonal, angsty teenager with too many different feelings to make sense of and I found songwriting to be a great way of setting a lot of that pent up emotion-free. I’d been writing songs since I was 6 but in Singapore, I really started to hone the craft and learn how to articulate myself in my own way.

It really can change depending on who I’m writing with and what the inspiration is. Sometimes I already have a lyric idea that I’ve written in my notes sometime before a session. I think most of the time we find chords that reflect my mood first, then I’ll start singing melodies and often the lyrics start to write themselves within the melodies as I say lines on the spot that end up guiding the story of the song.

How do you manage to create on those days where you just feel uninspired? Has the pandemic increased the frequency of these kinds of days for you?

I think I had about 6 months of those days consecutively last year! That was incredibly frustrating. The pandemic made me feel so out of sorts and demotivated. I realized how reliant I am on interactions and changes of scenery to feel inspired. So the simple answer is, if I don’t feel inspired to create music then I re-direct my creativity to something else whether that’s cooking, painting, gaming, exercising, etc. If I’m just having one of those days where I don’t feel capable of doing anything then I try to be kind to myself, let it wash over me, and then get up and try again the next day.

What is the first thing you would do if covid disappeared tomorrow?

Hug my family and friends, then play a live show!!!

How important is it for you to be able to express your emotional hardships in your music?

It’s the reason I started writing songs in the first place so it’s hugely important to me. It can make performing live a real emotional rollercoaster sometimes as I constantly relive experiences that make me cry! But I wouldn’t change that.

What your first or most influential live concert experience?

A concert that really left a mark on me was seeing Damien Rice at the Latitude festival when I was a child. I remember being moved to tears when he performed 9 crimes. I think that was one of my first experiences of an artist that wasn’t a ‘quintessential’ pop star in terms of having upbeat songs, wearing impressive outfits, and having huge live production. It was just about the music, the lyrics, and his voice. I was so moved by the whole thing.

What are you currently working on that we can look forward to in the near future?

We’ve just gone to the editing stage of my next music video (for my next single) which is so exciting! I directed and filmed the video at home by myself due to Covid, so this will be a really different video from anything I’ve done before so I’m both nervous and excited!

Do you have any advice for newcomers struggling to release themselves emotionally in their music?

That’s a great question and it’s one that I’m not too sure how to answer. It’s something that I haven’t really ever struggled with. I guess one thing to try would be to take the pressure of ‘writing a song’ out of the equation first and just start with an honest conversation about how you’re feeling. It’s likely that you’ll find a great song in an open, honest conversation.