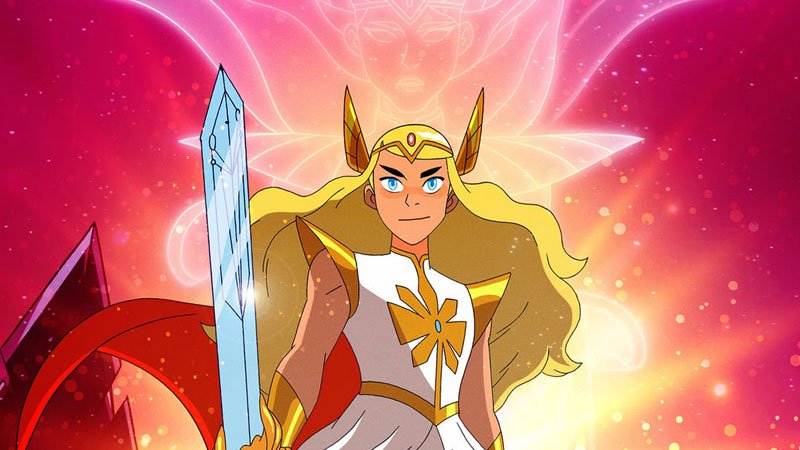 One night I was scrolling on Netflix trying to find something interesting to watch. Personally, I’m a huge fan of cartoons. Whether is the infamous Rick and Morty or quirky 8 season series Adventure Time, I’m a sucker for a good animated show. She-Ra therefore quickly caught my eye. It is a reboot of the 1980s Filmation cartoon She-Ra: Princess of Power with its own spin on it.

She-Ra and the Princesses of Power is a Netflix original show produced by Dreamworks Animation. It was developed by cartoonist and animation producer Noelle Stevenson, making yet another dent in the male driven animation production. Shows like Steven Universe and Big Mouth were also developed by female creators and prove that animation does not need to be a male dominated field. She-Ra bases on the main character Adora, who rediscovers herself and her purpose. At first she is devoted to the Horde, an army whose mission is to destroy the Princesses and take over the planet. Now, if you’re thinking, Princesses are girly and childish then this is still the show for you. She-Ra redefines the word Princess. In most cases, Princesses need to be saved and are usually the innocent and cute girl who unintentionally gets herself in a dilemma. Today’s Princess movies like Frozen and Moana have definitely broken those stereotypes by demonstrating the Princess as her own hero. She-Ra shows this same concept. After Adora discovers a sword in the forest, her whole life takes a turn. She meets Glimmer and Bow who help her find her purpose. Later in the series multiple characters are introduced, including a variety of cool Princesses all with powers of their own. Antagonist Catra, who was Adora’s best friend in the Horde, makes it difficult for Adora to find her true self and save the planet from the evil Horde.

I would highly recommend this show. It didn’t take me long to get hooked on at all. I was immediately captivated and could not stop watching the so far four season show. If I had to compare it I would say it is a mix of Steven Universe and Adventure Time. I hope the show gets the attention and recognition that it deserves because honestly, I’m not sure why everyone isn’t already hooked on this show like I am. If you do end up watching the show I would recommend to not watch the title sequence during the first season due to all its character spoilers. So, if you’re interested in cartoon shows with colorful animation and a riveting plot, She-Ra is the show for you. One last side note: everyone can and should watch this show, both girls and boys.